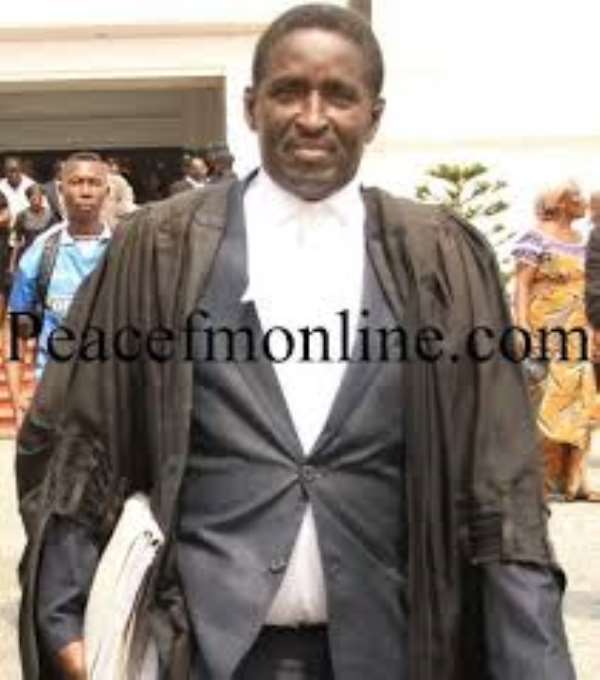 Hear him; “Anas will regret the day he was born” when he (Effah Dartey) gets to cross-examine the Tiger Eye P I leader before the Disciplinary Committee.

Justice Gilbert Ayisi Addo is among the seven out of 12 High Court suspended Judges who were implicated in the judicial corruption scandal by Tiger Eye Private Investigation.

The suspension, ordered by Vice President Paa Kwesi Amissah-Arthur, “acting in his capacity as President” in the absence of President John Mahama, took effect from last Friday, October 2, while the Chief Justice and her advisors continue with the investigation in the bribery scandal.

According to a statement issued by the Judicial Secretary in Accra, Mr Alex B. Poku-Acheampong, the suspension followed the establishment of a prima facie case of misbehaviour against them by the Chief Justice (CJ).

But commenting on the Judicial Council's decision, Capt. (rtd) Nkrabea Effah Dartey, during an interview with Kwame Nkrumah Tikese on Okay Fm’s Ade Akye Abia Morning Show, said he cannot but wait for the opportunity to cross-examine Anas on his client - His Lordship Justice Gilbert Ayisi Addo's - behalf.

“We are ready to face our accusers; anybody who is saying he has given bribe to Gilbert Ayisi Addo, we will face him at the Disciplinary Committee. He will explain to us where and when he gave money to Justice Ayisi Addo; he will be sorry he was born. I pray to God to get the opportunity to cross-examine that Tiger Eye person and he will regret the day he was born”, he fumed.