‘Don’t Use Anas’ Exposé To Measure All Judges’ – Father Campbell 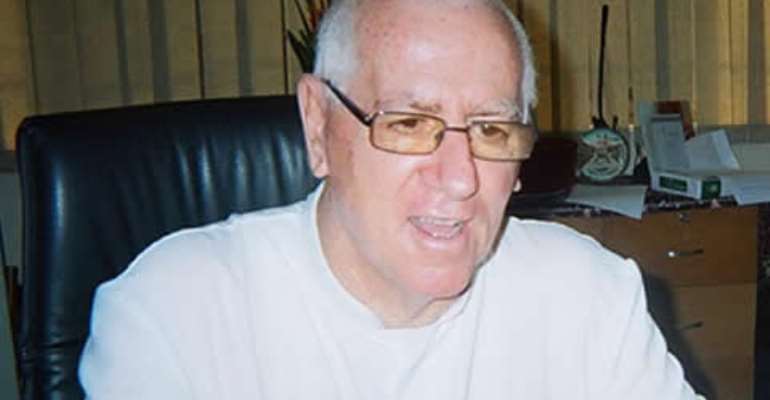 The Parish Priest of the Christ the King Catholic Church in Accra, Reverend Father Andrew Campbell, has asked Ghanaians to have faith in the judiciary as the Chief Justice works to purge the service of corruption.

His comment comes in the wake of the alleged bribery scandal in the judiciary exposed in the latest work of investigative journalist Anas Aremeyaw Anas and his Tiger Eye PI team. Some 22 lower court judges are currently serving a suspension placed on them by the Judicial Council, after they were captured in the video allegedly taking bribes in the two-year investigative piece.

Twelve other high court judges have also been implicated and have been queried after which appropriate sanctions would be taken against them; together with over 80 judicial service staff also believed to have played various roles in the bribery scandal.

But seven of the High Court judges were on Friday October 2, suspended by the Vice President Kwesi Amissah-Arthur acting on the orders of the President.

Commenting on the development, Father Campbell, the 68 year-old Irish Priest who has spent most of his life and missionary work in Ghana, asked Ghanaians not to use the recent exposé as a yard stick to measure all judges.

Father Campbell was speaking to Citi News on how Ghana will recover from the damage the scandal has caused.

“I went to see Anas’ video and I was saddened by it, seeing that the people we had confidence in did such things. What they did wasn’t correct especially when we look up to them in every way. But they are just a few of them; there are over 400 judges in this country. So I still have confidence in the judiciary and the Chief Justice and I think we can get out of this. And I think it should be a wake-up call for all of us” he noted.

The renowned Catholic Priest is perturbed about corruption in almost every facet of the Ghanaian society and wants the citizenry to stand up for the truth at all times.

“We are always talking about corruption, stealing, bribery and all sorts of things and sometimes it saddens me especially when the young people give you stories about what’s happening in schools with cheating in exams; and how you have to sleep with a lecturer to get favours and things like that…It’s time for us to stand up for the truth. We shouldn’t be afraid of saying the truth and living the truth. I think what the Chief Justice is doing now is correct so we leave all of that to her and the judiciary”.