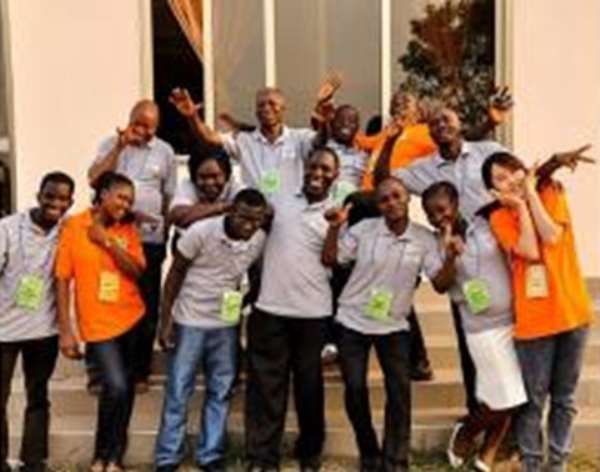 The year 2013 was not the first time the Supreme Court of a country had been tasked to decide who became President. Countless examples abound in the world especially Nigeria where the Courts had to declare who was qualified to occupy the Governor's House of a State.

In God's own country (The United States) which is seen as the bastion of democracy, the Supreme Court of the land was saddened with determining who actually won the November, 2000 Presidential Election.

The stage was set and the gladiators were the Vice President, Al Gore and George Walker Bush, the then Governor of Texas. Florida was the bone of contention. In the long run the Supreme Court of the United States upheld the Secretary of State for Florida, Katherine Harris certification that Governor George Walker Bush had won the Florida election by 537 votes,

It will interest readers to know that Jeb Bush, the Governor of Florida was a brother to George Walker Bush Governor of Texas who was declared winner in the State Presidential Election.

Over here in Ghana a similar scenario has played itself out where instead of having a Commander in Chief, President John Dramani Mahama is mimicked as 'Commander in Thief'. The Court declared him President whereas every available evidence pointed to the fact that it was Nana Addo Dankwa Akufo Addo who had won the election.

The fraud was orchestrated. The fraudulent election was orchestrated by top gurus of the Electoral Commission. It started with the open declaration that no teacher would be allowed to perform any function in the 2012 Elections. Officials from the Ministry of Education and the Ghana Education Service endorsed the fatwa.

The Minority Parties had gone to sleep with both eyes closed and despite my persistent protestations that the fatwa would not augur well for the fortune of their parties, it appeared as if I was the only voice crying in the wilderness. The result couldn't have been otherwise.

Now the 2012 and re-elected Presidential Candidate for the 2016 Election has come out to say that the electoral register as it is at present is bloated and all hell is let loose. The first to fire the salvo was that irascible, saucy and lily livered anti establishment called Ras Mubarak. His shot was ineffectual. Next was the man who like his boss has been taking everything from society without giving anything back. I am referring to miserable looking Asiedu Nketiah. Then out of nowhere the Electoral Commission came out with its ineffectual defence that the Register as used in the 2012 Elections was sacrosanct. Hmmnn, asem beba dabi.

The ants have shifted the goal post: When the NDC was in opposition, it accused Kufuor and his ministers of corruption. But when Kufuor asked them to provide evidence, what did they say? They said Kufuor was not a good lawyer because every First Year Law student knows that you don't ask the accuser to provide evidence before investigating a case. Sometimes, I wonder what has now changed now that the party is in the saddle.

By this, I am not suggesting that we should not provide evidence to buttress Nana's allegations that the electoral register is indeed bloated. What I am saying here is that we should use the same yardstick the Nefarious Destructive Cancer used while in opposition to decide the veracity in Nana Akufo Addo's emphatic statement that the Voters' register as used in the 2012 General Elections was indeed bloated.

For an answer, we need not go far in search of evidence, It is right here with us. It is staring straight at the face of our 'Commander in Thief' President John Dramani Mahama, aka Baba Go Slow II, Afari Djan aka Pontius Pilate, Asiedu Nketiah aka Judas Iscariot and Ras Mubarak, aka Cassius.

Asiedu Nketiah is suffering from illusions: The person who calls himself General Mosquito is himself suffering from mosquito bites. Before the NDC National Executive Elections this notorious canker and a general without an army made it loud and clear that he would not work with 'nkwaseafo' and so appealed to what he described as money conscious electorate to vote for the old executives, He threaten to advise himself if the old executives were voted out of office, And truly the money conscious electorate accepted his challenge and voted out the entire executives minis himself (Asiedu Nketiah) Who say man no dey?

Finding himself surrendered on all sides by 'nkwaseafo' he himself having failed to advise himself has wittingly or unwittingly become one of them. Whatever now comes out of his mouth is nothing but 'nkwaseasem

Who in Ghana doesn't know that the Electoral Register is bloated? The revelation at the Supreme Court confirmed the suspicion that the Electoral Register is indeed bloated. This is a fact which was corroborated by Afari Djan himself. Why did the Supreme Court order the EC to embark on electoral reforms? Will Afari Djan and the cacophonous voices emanating from the stables of the Nefarious Destructive Cancer answer these simple and straightforward questions?

Compare Ketu South with former Weija Constituency: Can Afari Djan in all sincerity looking Ghanaians in the eye and say why Ketu South should have a whopping voter population of almost 130,000? Why? When Weija was almost 150,000 (a figure which is unconte4stable) what did Afari Djan do? He split it into three constituencies. Why didn't he adopt a similar antidote for Ketu South?

And if I may ask, what is the actual population of people in the constituency?

Participants were selected from Ghana, Nigeria, Benin, Togo and Sierra Leone. Resource persons came from the Republic of South Korea, United States and Ghana. Volunteers were mostly from South Korea.

My interaction with Komi Adela: My inquisitive mind was at work during our break hours. I got into conversations with participants from different countries. I wanted to know what goes on in those countries and what makes things tick in such countries. In the process I became friends with Komi. He is a nice gentleman, vivacious and a jolly good fellow by all accounts. He is easy going and has a talent for music. He led the Togolese participants during the Community Service at Wench Methodist Church on Wednesday morning. It was a delight to hear him sing in his melodious baritone voice. He also led the Togolese Group during the Cultural Night Activities. You cannot hate but love him.

Incidentally, we both found ourselves in the same Group (Group Ten) during the Project Work. That gave us more time to hold fruitful discussions especially during our break time. In one of such conversations, our friend arrogantly and boastfully told us he had voted in the December 8, 2012 Parliamentary and Presidential Elections. We asked him why he did that and he told us many people were doing that and so he found nothing wrong with that.

The bombshell: He said they were registered by the EC in Lome, Togo but he voted at Aflao. The onerous task lies with the Electoral Commission to deny or confirm this allegation by Komi Adela, a Togolese. He said his own case was different from majority of Togolese who registered and voted in the sense that the latter were influenced by financial consideration to register and vote but he did not collect any money and that makes him a virtuous person.

The case of Chris Brown is fresh on our minds. When the accused person committed the crime in the presence of security personnel, they looked the other way and allowed the culprit to sneak through their dragnet. We would need an international warrant to arrest him and bring him back to Ghana for prosecution. But who would bell the cat? Not this Mahama's government which is the beneficiary of Adela's constitutional coup against the country. The Government and the Security Personnel are least enthused about bringing electoral offenders to justice. So we shall continue to have the Komi Adela's in our electoral system

A precedent has been set: Denial will not solve the problem. It only gives credence to the fact the Electoral Commission is in league with the NDC to stage a constitutional coup against the Republic and citizens of Ghana. Perception is a dangerous phenomenon, and must be expunged from our political dictionary. This is not the first time a party has accused the E.C. of having a bloated electoral register. The NDC levelled a similar accusation that the Electoral Register was bloated in some constituencies in the Ashanti Region. The Electoral Commission set up an Independent Committee to investigate the allegation.

Why can't the EC do a similar thing? Are the circumstances in both situations different? What has changed? Afari Jammed is still there as 'My Lord Supremo'. He should take a cue from his Nigerian counterpart.

The time has come for the youth who are the future leaders of the country to put their aces together and shout, 'Enough is enough'. These manipulations have got to come to an end. It is time Ghanaians of every tribe, religion and political persuasions put aside their differences and identify their canker worms which have dogged all attempts aimed at ameliorating them Now is the time, for tomorrow might be too late. The Komi Adelas should disappear from our from our electoral system