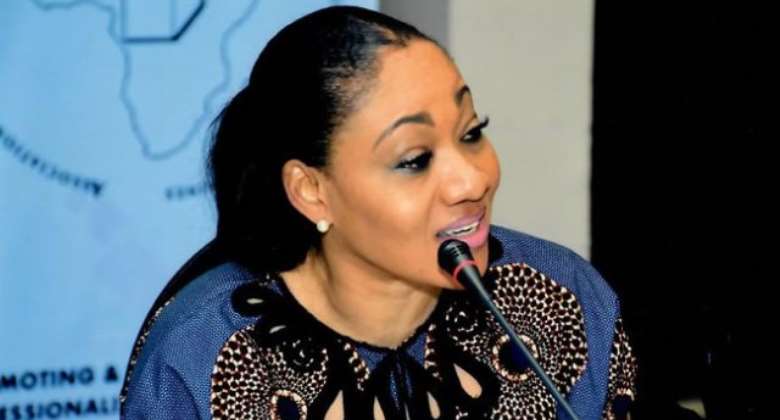 The Electoral Commission has had many challenges, and I did not want to compound them. I, therefore, adopted a “Siddon look” attitude as propounded by the late Cicero of Oke Esa, the late Chief Bolaji Ige who happened to be the First Chief Enforcer pf Law in Nigeria during the tenure of President Chief Matthew Aremu Okikiade Olusegun Obasanjo. But the most surprising thing about Chief Bola Ige was that he was assassinated in his country home of Ibadan at the time he was still the Attorney General and Minister of Justice. Till today, his death remains a mystery for his assassins are yet to be unmasked.

But this issue has been bugging my mind for a very long time. It has to do with logistics provided by the EC during the registration exercise.

I am a registered voter at Florensa Polling Station, near Alhaji within the Trobu Constituency. There are two Polling Stations – Florensa A and Florensa B and the two happened to be amongst the last of registration exercise which ended on the 6th of August, 2020.

Anyone who happens to know the location of the centres will bear me out that they are in the open with no shade. Prospective registrants/applicants will have to join the queue under the scorching sun before they get attended to. What about the machines to be used? They are at the mercy of the weather.

On arriving at the Centre, a pathetic sight met my eyes. The registration officials were complaining bitterly about the lack of logistics. They appealed to whoever wanted to help. I decided to help. The officers in charge of both Stations told me he would present the invoice to the Electoral Commission after the exercise.

A lady in my Church rents canopies and chairs and I discussed with her to give us 4 “rooms” on credit which she agreed. She charges Ghc30 per day for each room. But the EC Officials at the station told me. The EC PAYS ghc20. For each “room” which the lady reluctantly agreed.

Going by that arrangement, it means for the 6days the canopies were there, each polling station was indebted to the lady to the tune of GHc120.00 making a total of ghc240.00.

Now, almost two and a half months after the exercise ended, the Electoral Commission is yet to re-imburse the lady for the use of her canopies. Why?

I told the MP of the constituency about it and he initially agreed to foot the bill only to renege on his promise when I called to remind him.

Since then, I have been calling the two officials in charge of the two polling stations and the response I get from them has not been encouraging. The feedback I get from them is that the EC HAS NOT PAID THE MONEY.

Does it mean that the Electoral Commission did not make provision for the supply of chairs and canopies at various registration centres?

How can the Electoral Commission envisage a situation whereby any company/individual releases its/his/her canopies and chairs to the commission on a credit basis?

Is this the system the Electoral Commission is going to use for the conduct of the December 20, 2020, General Elections? The officials at the Commission should put themselves in my place and that of the lady who rented those materials. I have lost “face” before the lady and the church members AND GOING TO CHURCH NOWADAYS HAS BECOME AN ORDEAL FOR ME.

What is my crime here!

I just want a simple answer to these questions. Is the Electoral Commission going to pay the money ornot? And if it will pay when will it be effected?

I pause for answers!!