Who sold land for the school project? 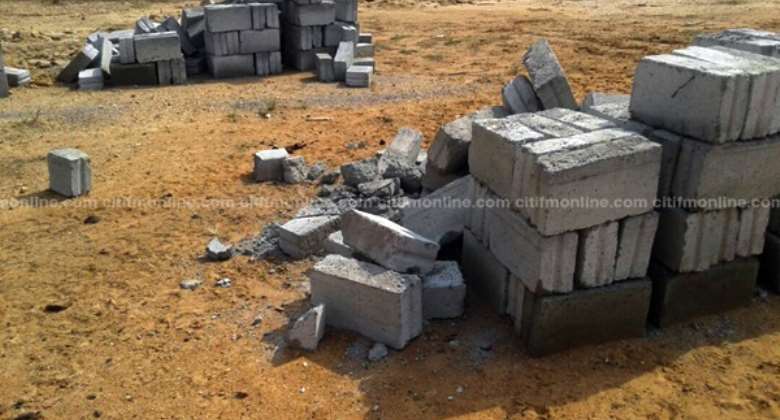 By Executive lnstument 61 of 1975, Ghana Government became the owner of all the areas earmarked for the National Sports Complex. Portions we're selected to be used for a school, a hospital, a market and a playground.

Landlords in these areas covering Tabora, Alhaji, Israel, Lominava and South Ofankor constituted themselves into the National Sports Complex Residents Association with the sole aim of fighting against encroachment of reserved areas and also to bring development to the areas so mentioned.

In a letter dated June 6, 2000, addressed to the Chairperson of the Lands Commission, the Executives of the Association made up of the late A L. Akrofi, Chairman, with the late Major Felix Ofosu-Barko, rtd. Vice, Robert Lamptey and Lividas as Executive Members made reference to Executive lnstument 61 of 1975 Presidential Address as reported in the Daily Graphic, number 1476, pages One and Three of May 1999 RA/199.45 dated 20th May 1999 to give legitimacy to Government acquisition of the land.

The Association in the said letter complained about actities of encroachers on areas reserved for such facilities and infrastructure. A passionate appeal to the Lands Commission to step in and halt the menace.

Initial problem had to deal with the tussle between the late Mr. Nkrumah and the Landlords Association on one side and Mr Boateng of Crown Prince Academy on the other side. This latter ballooned into a legal which consumed some of the gladiators.

It took a combined efforts on the part of the Abeka Traditional Council and a few individual members of the Landlord Association and my humble self to bring the situation to the public. These efforts culminated in a joint Press Conference held on the disputed land on Wednesday, 27th January 2016.

That Press Conference, held under a conducive atmosphere was disrupted by the use of what the Police called MINIMAL FORCE.

In my message of congratulations to President Nana Addo Dankwa Akufo Addo, one of my recommendations was to ensure that Government put up a public school on the disputed land at lsrael.

About a year or so ago, we all heaved a sigh of relief when we woke up to hear that the Almighty M Boateng of Crown Prince Academy has renounce all his claims to the disputed land. He had removed his block making machine and blocks from the land in dispute.

That called for celebrations, but no, it was not to be. Instead of the Ga Central Municipal Assembly initiating action on the school project, it only fenced a small portion of the disputed land. The rest of the portions of land were left for whoever wanted to grab and that was when we acquired new landlord who had no title deed to the land they have appropriated.

As l write this article, thses new landlord have put up two magnificent buildings on the disputed land and rent it out to tenants. How, and why should such a thing happen in present day Ghana? Where were the authorities saddled with the responsibility to ensure that sucha sacrilege does not happen?

My understanding is that at the initial stage of construction, the police came to arrest some if the workers on site and took away the materials they were using. But the workers were released a few hours after their arrest. Thereafter, the "new Landlords changed the work schedule of the workers. They worked through out the night and on weekends. I was also told that it was the "landlords" themselves who wrote the inscription "Stop work. Produce permit".

One would ask "what did you do when you noticed all these irregularities going on"? My answer is simple. I could not do anything. While work was going on, one dare not stop for a minute to take a look at the progress of work going on. What about taking pictures? You dare not do that otherwise, they will pannel beat you so Tay your mama no fit recognize you. That was the situation on ground at that time. Fear caught up with most people.

The outcome of my investigation zeroed in on two persons. One is called "Doley" who initially organized some "boys" to police the Israel football field. He is alleged to have the ears of the Abeka Traditional Council. He claims he is the legitimate representative of the Traditional Council. The authenticity of this claim has not been verified. He claims as the legitimate representative of the stool, he can take possession of any land that pleases him. He has even constructed a public toilet on the disputed land and charges any person who makes use of the facility. Again, any member or organization who wants to use the Israel park for any function will have to pay a huge amount of money to him.

Can the The Abeka Traditional Councila and the Ga Municipal Assembly look Ghanaians in the face and tell us they know nothing about all these?

Well, wonders, we are told will never cease.

The second person fingured in this illegal acquisition of land, l am told is a man called Hamzat. He is alleged to be a member of one of the state security agencies in the country. I cannot vouch for the accuracy of this rumour, but there is a saying that there is always an element of Truth in every rumour. What is National Security . that?

My heart bleeds within me when l remember the trenches Representatives of the Abeka Traditional Council and the rest of us went through before we were able to organize the Press Conference which was rudely disrupted by the Mile Seven Police. Have they forgotten so soon the ordeal we all went through at that time? We risked of being arrested by the pice for organizing a procession prior to the Press conference. Can the stool in all sincerity say that their hands are clean in this "Dzi would fie asem? ("Eat your house matter")

Back to the Ga Central Municipal Assembly. Does the Assembly Member of the area know his responsibilities? Is he aware of what is going on at lsrael park? Did he get wind of the construction going on at a plot meant for a school project? If yes, did he report his findings to the MP and the Assembly? What was the outcome of the Assembly's deliberations? Is the Assembly aware that somebody has put up a toilet and is making a lot of money which ought to have gone into the coffers of the Assembly? Or do we conclude that "Ghana must go" might have changed hands?

What do the Abeka Traditional Council and the Ga Central Municipal Assembly have to say to this?

I pause for answers!

COVID-19: Our responsibility to one another is to get vaccin...
15 minutes ago

Bawku disturbance: Cooperate with government to ensure peace...
23 minutes ago