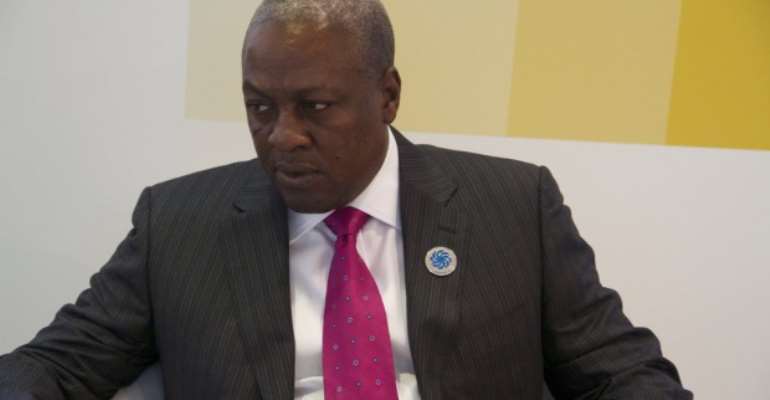 President John Dramani Mahama has said Ghana has not yet decided to host African Cup of Nations (AFCON) 2015.

The Minister of Youth and Sports earlier revealed to Citi Sports that the country had been approached by CAF about the possibility of hosting the biannual tournament in 2015, after reports that original hosts are considering withdrawing.

“CAF wrote to us a few days ago actually and indicated that Morocco had given strong indications that they will pull out if CAF did not change the date,” he explained

Ebola has already claimed the lives of over 4,000 people in West Africa, with Guinea and Sierra Leone, two of the most affected countries, still involved in qualification for the tournament.

Ghanaians are therefore opposing moves by government to host the tournament in Ghana since they believe the decision could expose the country to the Ebola disease.

The Ghana Medical Association(GMA), for instance, said it will be risky for the government to accept the request from CAF.

But reacting to concerns raised by Ghanaians, President Mahama said Ghana has not yet accepted to host the tournament.

“We have not accepted to host, we said we received a request from CAF to host, if Morocco decides to pull out. As of yesterday, Morocco has not pulled out and so that is not even an issue,” he said.

Addressing the press in the United Kingdom, President Mahama said the country will adequately prepare itself even if it takes a decision to host the tournament.

“..even if we want to host, we have to find out what the level of threat.”

According to him, Ghana will take a decision that will be in the best interest of Ghanaians

“We will take the best interest of Ghanaians at heart. As President, I don't want to see Ebola spread to my country and so if Morocco expresses concern that that is one of the concerns for which they want postponement , we are going to look at that carefully before we take a decision whether to host AFCON or not,” the President stressed.