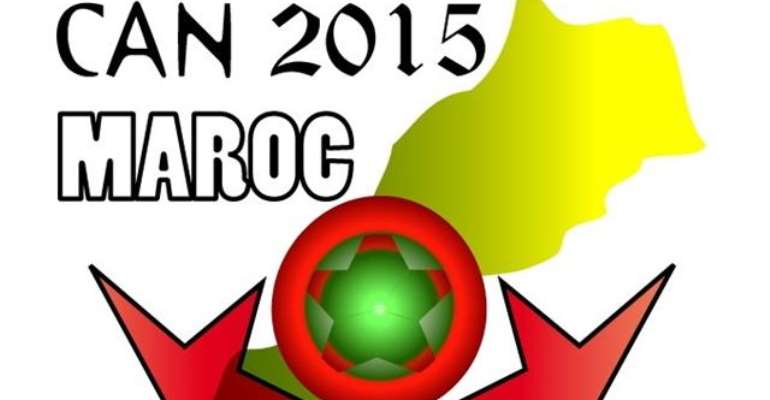 It's simple: CAF must call of the 2015 AFCON tournament. The health security threat raised by Morocco is very legitimate. Such health threat concerns must be taken into serious consideration by any country that would want to host the tournament, come January 2015 in the wake of the deadly Ebola.

I believe in international relations and political protocols, but not at the expense of human health. I wasn't surprised when CAF strongly considered Ghana as one of their options to host the tournament. Our president doubles as the ECOWAS Chairman so it would be very difficult to decline such request from CAF with straight forward no! That would have definitely gone to dent President Mahama's role as the ECOWAS Chairman.

For Issah Hayatou to show his commitment as the CAF president, he should have considered hosting the tournament in his home country, Cameroon. That will be a great sign of commitment from him as the leader of CAF.

I stand to be corrected though, but why are the Ghana Medical Association (GMA) and the Ministry of Health silent on Ghana being strongly considered as the next ground for hosting the tournament, when in fact, Morocco had rejected it on grounds of health threat to its people? Looking at the mode of transmission of the Ebola Virus Disease (EVD) and its incubation period, it would be good and timely GMA add their voice to the campaign against hosting the tournament here in Ghana. If GMA fail to add their voice to the debate of Ghana hosting the AFCON 2015, they may be seen as a group who only become vocal when it's about their emolument.

A recent research conducted had earmarked Ghana among one of the 30 most high risk countries to be hit by the EVD. That should be enough warning to us as a people to strengthen our health education campaign and equip our health facilities and health personnel to be up to the task of containing the disease, should it set its deadly foot here on our soil.

We were in this country when samples of suspected cases of EVD would have to be taken to specific laboratories before they were confirmed negative. Are we prepared then? No!

How many of our Regional, District and Sub-district health facilities are equipped with common Personal Protection Equipments (PPEs) in readiness for the occurrence of the EVD? How many of our health professionals across the country had received capacity building in line with EVD?

It's a misplaced priority to be debating: hosting AFCON 2015 and dealing with EVD, when we have yet similar common preventable disease, cholera killing hundreds of Ghanaians day-in-day-out on our hands. Yes, cholera is preventable just as any other disease and EVD. On the other side of it, cholera is easy to be cured as compared to EVD. The amount of technical knowledge and resources needed to cure a cholera patient cannot be compared to that of EVD patient- EVD need a lot more of advanced technical ability and resources to attempt a cure on a patient.

Let's not forget about the fact that we are still counting the number of cholera related deaths each and every day. I am only asking that, wouldn't it be more logical to tackle the outbreak of cholera; target at recording zero cholera cases and deaths before we consider inviting the whole of Africa to Ghana?

Our Health System, as it stands now, is very weak to consider daring any high risk health behavior/ activity in relation to EVD. Ghana cannot handle Ebola. This is not an attempt to run down our Health System, but the truth on the ground is that there are a lot of lapses in our referral system, administration, diagnostic capacity, ambulance service, emergency responsiveness, health personnel responsiveness to client needs, health personnel (clinicians) commitment to the very nature of their jobs, among others are all nothing to write home about. Most of our ambulances in our District Health facilities have broken down. A fortnight ago, I witness a case in one of the District Health facilities in the Brong Ahafo Region, where a terminally ill patient referred to the next level of treatment had to be transported in a commercial vehicle late in the night- kilometers apart, on a deplorable road, simply because the ambulance that served the District had broken down several months ago. The patient, I am told lost his life the next day at Mampong Government Hospital.

We still have majority of our health personnel in Ghana who don't find any fault in parading market places and commercial vehicles in their uniforms; either after work or on their way to work. This is a bad practice, but it has almost become a normal practice among healthcare providers. We cannot get away with the easy transmission of EVD with this attitude of health personnel, should the disease visit us.

Following media reports last week, United States of America is reported to have confirmed five (5) cases of EVD in Texas. We also heard about the two health personnel who had contracted the EVD as a result of attending to the late Duncan who had traveled from Liberia to America. The disease transmission inference one could draw from the above is that the five (5) confirmed cases at Texas were individuals Duncan might have had close contact with when he arrived from Liberia in the early incubation period of the EVD.

Ghana can draw some lesson from the Duncan and America scenario. This is it: Duncan traveled from Liberia into America without showing any symptoms or clinical signs of the disease; he should be in the early incubation stage of the maximum 21 days incubation period. Hence, he was able to transmit the disease to the people he had close contact with in Texas. The health personnel, in an attempt to save the life of Duncan, ended up contracting the disease. Relating the long incubation period of the disease to Ghana hosting the AFCON 2015 tournament, a lot of football lovers will be trooping to Ghana to support their respective national teams. Most of these fans who may have contracted the disease may be in the early incubation stage of the EVD just as the case of Duncan. Such people have the highest chance of transmitting the disease to others as they converge at various stadia across the country to cheer their respective teams on.

Those who would want to argue in favor of hosting the tournament in Ghana may base their argument on the fact that intensive screening would be done on both spectators and players before they troop down here. However, basic disease prevention and screening principle establishes that there is no screening gadget in medicine that is 100% accurate. Based on this basic principle, we will have few cases of EVD passing the screening test without being detected.

America has all the best of Personal Protection Equipments and the best of health facilities to protect their health personnel from contracting EVD, and yet some of these personnel contracted the disease in the processing of saving Duncan's life. This is another scenario for us as a country to draw lessons from.

Ebola, which has claimed over 4,000 lives in West Africa and America, is no more a problem of West Africa or Africa as a continent, but a global health threat to all. I challenge the world health governing body- World Health Organization (WHO) to step in and consider EVD as a pandemic and to provide clear-cut roadmap to containing the disease. One of such strict health regulations I look forward to, from the WHO would be to rule out all acts of massive public convergence (stadia) in all the endemic areas, and the whole of Africa, for that matter. Until the EVD is contained to the minimum acceptable level, all tournaments that will require other African countries converging at any part of Africa, including the embattled 2015 AFCON must be suspended.