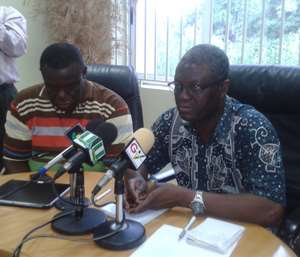 The project, which is expected to begin by the end of September this year, would generate 40 megawatts of power when completed.

Charles Akelyira Abugre, the new acting Chief Executive Officer (CEO) of SADA, in an interaction with the media in Accra, said the construction of the solar plant is a joint venture project between SADA and the Chinese company.

Under the agreement, he said Solar Giga would source funds to finance the project while SADA would acquire the land and appropriate licenses to operate.

'This project will generate 500 jobs and when completed will contribute to technical competence in the University of Development Studies in understanding energy systems and alternative energies,' Abugre said.

He disclosed that SADA and the Irrigation Authority are in the process of launching a mini hydro dam in the Upper East region.

Mr. Abugre said there were many requests solicited projects for investment in the SADA zone, explaining that processes have begun and need fine-tuning.

He commended the media for raising critical issues concerning the Authority, stating that 'the media played the role it should play by providing scrutiny to the work of public entities.

'I think this is a good thing and you should continue to do that dispassionately. It is the responsibility of the public institution to account to itself and to the public,' the new acting CEO said.

Mr. Abugre said SADA was set up not to address an ethnic or geographic problem but a national one.

'It is therefore proper that every Ghanaian has an opinion on the SADA because it was set up with public funds,' he said.

Mr. Abugre said SADA tried to run before it could walk, explaining that the Authority rushed to implement programmes without building institutions and systems.

He said a performance audit would be carried out on the existing SADA projects, entreating Ghanaians to have patience with the new Board so it could restructure its activities properly to benefit all.

Mr. Abugre gave the assurance that the right systems would be put in place to ensure the smooth running of the authority's projects.

The new acting CEO of SADA is currently the Africa Regional Director of the UN Millennium Campaign and has more than 20 years of experience in economic and international development.

Mr. Abugre, a graduate of the University of Ghana, also holds a Masters Degree in Development Studies from the Institute of Social Studies in the Netherlands.