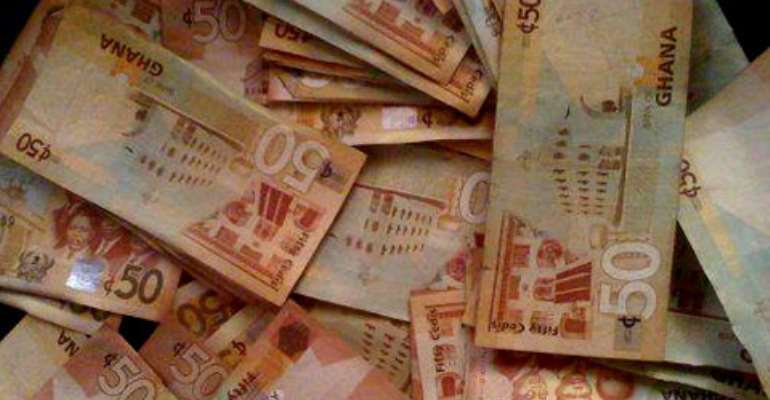 Member of Parliament for Effutu, Alexander Afenyo Markins is challenging officials of the Savannah Accelerated Development Authority (SADA) and the AGAMS group to come clean on a total amount of ¢54million said to have been misappropriated by the two companies in two separate projects.

The member of the Finance Committee of Parliament insists an amount of 35million cedis is yet to be accounted for in a transaction between the Finance Ministry and the AGAMS group.

As if that is not enough, the MP said another 19million cedis, earmarked for the purchase of tractors for agricultural activities in the SADA regions in 2013 cannot be accounted for.

That brings to 54 million cedis,the total amount of money misappropriated.

Raising the issue on the floor of Parliament, the MP said ¢200 million cedis was raised through the issuance of bonds for SADA activities in the three northern regions, as well as the northern parts of the Volta and Brong Ahafo regions.

He reported the Ministry of Finance as saying the entire amount was paid to the AGAMS group for development activities in the designated regions.

However, the AGAMS group claims it only received 165 million cedis of the amount and not 200million cedis as reported.

Mr Markins said till date nobody has explained what happened to the 35 million cedis.

Explaining the myth surrounding the tractor cash, the MP said SADA had told the Finance Committee of Parliament that they had given the AGAMS group 19 million cedis to buy tractors.

"As part of my usual follow ups, AGAMs wrote to me denying vehemently that they don't know anything about tractors. Where is this 19 million cedis?" he demanded.

SADA must tell us where the 19 million has gone to. Which company did they pay it to; for how many tractors. If they have arrived when did they arrive? he demanded.

He accused the government of giving up on the SADA project which was otherwise a worthy project to ameliorate hunger in the northern regions of Ghana.

"SADA as a policy initiative is no more on government's agenda for 2015," he alleged.