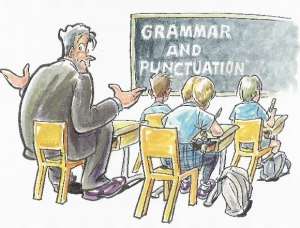 This article suggests that to be successful, Ghana's comedy sector must borrow the Creolised Pidgin English form from Nigeria, alongside its native languages in order to increase its audience base across Africa and the world.

My friend, Kwame Dadzie laments on the social media:

'We are always comparing our comedians to their Nigerian counterparts but we don't ask how come Nigerians have made it. I thought after Basketmouth had come to Ghana to 'teach us sense' that we should take care of our comedy, we would be much responsible but we just won't budge. Assuming we don't have any comedians in Ghana, as some have ignorantly said, what are we doing as a nation to grow that sector of the entertainment industry too? Instead of always insulting our comedians for non performance, why don't we proffer ways by which they can better their act, so together we help build Ghanaian stand up comedy?'

The fact that our local language comedy sector is thriving indicates we have good comedians in Ghana. We have had them since the days of Kwah Mensah, Kakaiku in the 1950s; Fantse Agoromba, Opia and the Jaguar Jokers in the 1970s. Those were the days when comedy was synonymous with Fantse-speaking comedians – the source of the oft irritating stereotype of Fantse people as 'concert' (comical) in Ghanaian social consciousness.

Although Asante speakers like actors/comedians: Rose Mensah (Kyiewaa) Lil Wyn (Kwadwo Nkansah) Agya Koo, Katawire, Bob Okala – and the late Guy Waterproof, Bob Santo and others before them - have dominated the scene in the last fifty years or so, the old stereotype endures.

These historical facts leave the question of comedy in English. Nigerian comedy appears to thrive over Ghana's because of their more developed Creole Pidgin (by Creole I mean the merger of native African languages with European ones to create a flawlessly spoken local language variety). Nigerian comedy is more assessable to Ghana/African audiences because of the Pidgin English in which they are spoken.

This form is made easier to understand through Nollywood films, whereas Ghanaian films are either in their native languages or rendered in straight/formal English. Ghanaians prefer to speak formal English, whereas Nigerians have evolved ethnic based Pidgin forms which work for them. This explains the irony of Pidgin being mostly spoken by students in Ghana to indicate codification and style, while the generality of our people either speak our native languages or compromised attempts to grapple with BBC-Komla Dumor type of English!

To conclude, Ghanaian comedians must elevate their audience base, by continuing to develop local language comedy audiences - beyond the National Theatre based format – alongside the Nigerian style of Pidgin English comedy. This must be attuned to Creolised Ghanaian language expressions. They must adopt ideas from the Nigerians just as Ghana-Nigeria has mutually and successfully shared ideas in their music and film industries.