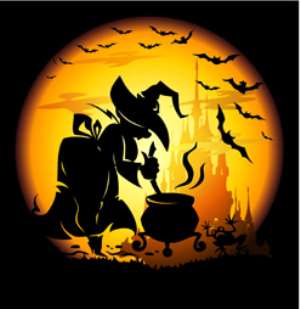 This post is written as part of my continued fight to expose and discourse relevant cultural, social, political and economic issues which affect the development of Ghana/Africa. I wish to talk about ignorance, witchcraft and cannibalism in Ghana and the world.

IGNORANCE
I have noted many stories abound in Ghana which accords a spiritual explanation for any mishap that befalls our people. The recent death of Kobla Dumor, the death of ex-Pres Atta Mills, are just a few examples, induced so much unfounded speculation that I am not wrong to say that most of these stories are based on sheer ignorance and superstition.

Superstition and ignorance are not the route to take if a nation is to evolve an efficient workforce that will compete to export the toils of its citizen's hands and minds.

Yet on the perimeters of the issues headlined above, there abounds spiritual vultures who are ready to feed on the carcass of misfortune of our good people. We here of Pastors Joshua Obinim, Otabil and Kweku Bonsam predicting the demise of this or the other latest victim of lives accidents – always after the incident has come to pass. This constitutes religious ignorance. It must be exposed and defeated.

WITCHCRAFT & DWARVES
This brings me to the issue of witchcraft in our traditional religious thought. Overall our people believe in life after death – Saman Adzi, where one continues life in relative luxury to when living. This is why, particularly the Akan people buried their dead in expensive kente and suited cloths replete with gold ornaments.

Akans also believe generally, that counter forces of good and bad reside the spirit world. The bad spirits include, 'mboatea' (usually short, black imps – the good ones; the red ones are most evil; the white ones are mischievous - will spirit people away for a few years only to suddenly release it at will). Additionally, witches, 'Nyen (Fantse) fly around looking for chances to spiritually 'eat' or cannibalise a person, either in the family or community.

ABOSUM (DIETIES)
To combat them, all communities and major families have 'Abosum' (deities) they worship. Their function is to protect individuals and communities from harm. The priestly role of communicating with the deities is held traditionally by 'Akomfo' (healer or high priest). Lately Christian Pastors and Muslim Imams have taken over aspects of this role - often to combat to either attack or protect one's soul – called 'sunsum' (Akan) 'susuma' (Ga). It is this cultural belief that accounts for the superstitious sentiment of Ghana's people.

CANNIBALISM
My attention has been drawn to this alarming, culturally abhorrent news about human cannibalism:

'Cannibal called 'Mad Dog' drags Muslim off bus, sets him alight and eats his leg 'to avenge murder of pregnant wife' as Christian militia rampage in Central African Republic…Horrific footage has emerged of a cannibal eating the leg of a Muslim slaughtered by a rampaging Christian mob in the Central African Republic. The victim was hauled from a bus, battered and then stabbed before being set on fire in the capital city Bangui, according to the BBC.' (http://www.dailymail.co.uk/news/article-2538471/Footage-emerged-cannibal-eating-leg-Muslim-Central-African-Republic.html#ixzz2qIGPMoll).

Cannibalism is distasteful and must be squarely exposed, eradicated and consigned to the distant history of cultural taboo. But I detect a level of hypocrisy and alarmism in the above BBC news item. It appears to single out Africans. In so doing, it glosses over a deep crevice in serious human crime leaving a bad taste in Africa's mouth (sorry)!

We need to squarely expose all forms of horrid cannibalism all over the world. But speaking tongue-in-cheek, if the 'Mad Dog' is a real mad cannibal would he not likely have eaten the whole cadaver – rather than just the 'chicken-drumstick' leg? While his vengeful, impassioned act is repugnant, the slant of the BBC news item is clearly prejudicial. Historically The racist western media has characterized Africans as cannibals who will boil brave and kindly European 'adventurers' in big black cauldron pots to eat at their leisure! There are many historical paintings and line-drawn cartoons which illustrate this misplaced racism.

While it is true cannibalism exists in Africa, its social and cultural reasons are often related to religious myths and chivalry. It is believed that the eating of parts of human who is killed in conflict will internalise his/her spirit in order to avert being hunted spiritually. This wholly absurd belief is often replayed in many social superstitions in Africa, which wrongly misdiagnose and blame illnesses, deaths and other such social mishaps on intentional witchcraft and wizardry.

As I write, there are still witches' village camps in Ghana. The superstition that the vital organs (heart, liver, etc) of Albinos are talismans against witchery and diseases is a reality in East Africa. Others give a chivalrous explanation. Eating the flesh of freshly killed enemies gives warriors strength increasing their machismo to intimidate others. This was certainly the case with the warring factions, RUF and National Patriotic Front of Sierra Leone, who committed horrific atrocities like forcing children to become soldiers, amputating limbs and cannibalising their enemies. (http://listverse.com/2008/12/19/top-10-cases-of-human-cannibalism/).

Worldwide, the eating of dead humans is an old practice by various human ethnicities across Asia, Europe (Russians, Prussians during the Napoleonic 1st and 2nd European wars; Bosnians-Serbians during the internecine Yugoslavia War; in Germany Armin Meiwes' sanely advertised on the Internet for someone to eat; Jeffrey Lionel Dahmer - May 21, 1960 – November 28, 1994 - also known as the Milwaukee Cannibal) Africans (Nigeria-Biafra War, Liberia, and Sierra Leone wars) Asian (China, Japan, Indo-Asia, South Korea). Incidentally this is also a practice in the conflict in Syria today:

'It was reported that thousands of pills filled with powdered human flesh had been discovered by customs officials in South Korea. The capsules, used as a medicinal 'cure-all', were thought to be the remains of aborted or still-born babies, which were stored, dried and crushed into powder.' We are also informed about the strange case of the quite, withdraw, Issei Sagawa a Japanese student who while completing an English Literature degree in Paris, shot and ate a student on June 11, 1981.

'In 2001, a lonely computer technician living in the countryside in Northern Germany advertised online for a well-built man willing to participate in a mutually satisfying sexual act. Armin Meiwes' notice was similar to many others on the Internet except for a rather important detail: The requested man must be willing to be killed and eaten. Meiwes didn't have to look far. Two hundred and thirty miles away in Berlin, an engineer called Bernd Brandes agreed to travel to Meiwes' farmhouse. There, a gory video later found by police documented Brandes' consensual participation in the deadly dinner. The cannibalism was both a shock to the German public and a conundrum to German prosecutors wanting to charge Meiwes with a crime.'

It seems the Germans have a delectable pallet for cannibalism, 'The Police in Dresden arrested, 'a 55-year-old police officer on suspicion of murder after the body of another man was found in the Erz mountains in eastern Germany.' (http://www.bbc.co.uk/news/world-europe-25151961) http://www.smithsonianmag.com/history/europes-hypocritical-history-of-cannibalism-42642371/ http://bit.ly/1cGUiGv).

Be careful where you walk at night...SPOOKIE...! Make sure you have a pepper or CS gas spray on your body to use quick-draw at touch – act and explain later.