GMOs: African Seeds Are Not (Yet) A Commodity! 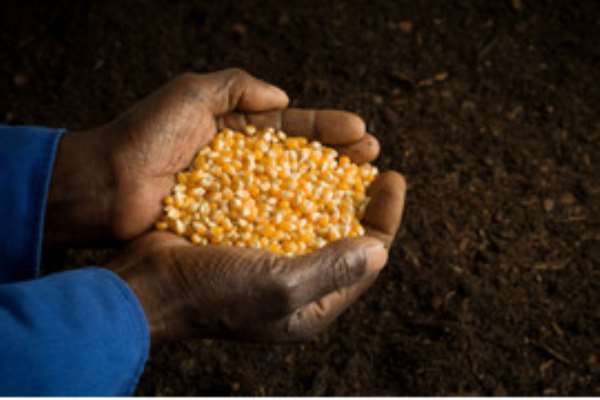 There is something happening in Africa that on the surface looks like a humanitarian plan but has a sinister underside. There is currently a push to industrialize African agriculture and create a “Green Revolution.” The concept has been championed by organizations such as the Gates and Rockefeller Foundations.

The multinational seed industries view this as a way to push their own agenda forward in a part of the world where the commercial seed market is still quite small. They want the African countries to harmonize seed laws so they can essentially own the seed market there.

UPOV 91 is often referred to the “Monsanto law” and is dedicated to protecting the intellectual properties of seed patents. It was first passed in the 1960s. The Monsanto clause was introduced in 1991.This law, if passed, would affect 15 African countries and would promote commercial seed production and commercial agriculture in Africa. The seed harmonization language would essentially “certify” patented (often GMO) seeds and make it illegal for indigenous famers to save, trade or breed their traditional seeds. All non–certified seed activity would be criminalized. Additionally these large companies would own all research and development of future seeds.

In Africa, 80% of seeds are currently saved and re-used by local indigenous farmers. They have been planting, breeding and handing down their seeds for generations. Many are now afraid that their seeds will be manipulated or disappear.

Africa has a diverse agricultural and ecological base with many different seed varieties that are suited to the different unique bio-regions. There are hundreds of unique varieties of wheat and barley alone. In 2010 a devastating wheat disease swept across countries and contributed to major famine in many areas. The farmers twho had planted indigenous seed varieties had better survival rates and did not experience crop failure. Those who planted the wheat from conventional big agriculture were the ones who experienced failure because those seeds could not adapt. Farmers need seeds that can naturally acclimate in the face of climate change and disease pressure. These “harmonization” laws would prevent farmers from selecting and planting the seeds that best suit their environment.

I have mentioned before that the world's top three corporations control over half (53 percent) of the world's commercial seed market and the top ten control over three-quarters (76 percent)! You can read more on this in my blog, “Sending you and SOS,” as well as, “The global grab to control humanity's food supply”. Big agriculture has pretty much wrapped up the seed supply in the northern hemisphere with very little expansion left. So now they are aiming to take over the agriculture of the global south, particularly in Africa.

There are several Grassroots alliances working to stop this insidious commodification of seeds. You can learn more from the ALLIANCE FOR FOOD SOVEREIGNTY IN AFRICA (AFSA) which is a Pan African network of farmer organizations working to Champion small African family farming and production systems based on agro-ecological and Indigenous approaches. Follow and like Food Sovereignty Ghana on Facebook for the latest news. La Via Campesina published a book titled Our Seeds, Our Future that outlines the struggle for seed biodiversity around the world.

Thanks to the EDGE Funders Alliance for bringing this issue to light. They are committed to addressing the systemic nature of the social, economic and ecological crises threatening the future of our planet. You can support their work on this issue by becoming a member.

Saving the global biodiversity of our seeds is essential. To Quote La Via Campesina, “Seeds hold a special place in the struggle for food sovereignty. These small grains are the basis for the future. They shape, at each life cycle, the type of food people eat, how it is grown, and who grows it. Seeds are also a vessel that carries the past, the accumulated vision, and knowledge and practices of peasant and farming communities worldwide that over thousands of years created the basis of all that sustains us today.”

For Life, the Environment, and Social Justice!
Social Media Outreach

Pan-Africanist International - a grammar of Pan-Africanism and its manners of articulation.