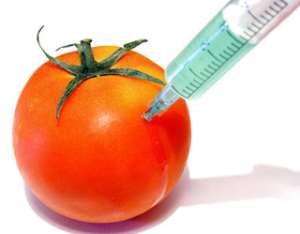 The groups delivered a letter to the president dated Jan. 16 reminding Obama of a campaign pledge the groups said he made in 2007 as he campaigned in Iowa to work to label so-called GMO foods.

The issue is hotly contested, with more than 20 states considering laws to mandate labeling of foods made with gene-altered corn, soybeans, sugar beets and other biotech crops. Currently, labeling of such foods is voluntary.

Advocates of labeling say consumers deserve to know if the food they eat contains GMOs. But the makers of biotech crops, and many large food manufacturers have fought against mandatory labeling, arguing that genetically modified crops are not materially different and pose no safety risk, and labeling would mislead consumers.

"We believe there should be a mandatory national labeling system. FDA has a duty to act when the absence of labeling would leave consumers confused about the foods they buy," the groups said in their letter.

The move comes as the Grocery Manufacturers Association, which represents more than 300 food companies, is pushing Congress and the Food and Drug Administration to pre-empt any state labeling mandates in favor of a federal standard for voluntary labeling, and to allow some GMO foods to be labeled "natural."

Most of the biotech crops on the market have been genetically altered to repel pests or tolerate direct spraying of herbicides. Those crops are used in a vast array of food products.

The companies that develop them say the crops are safe, and are backed by many scientific studies. But U.S. government regulators do not independently test GMO crops before approving them for commercialization. And there are also many studies showing links to human and animal health problems, and environmental damage.

Last October, an international coalition of scientists declared there still was no consensus in the global scientific community about the safety of genetically modified crops, which were first commercialized in 1996.