PRODUCTS OF INCEST HAVE RIGHTS! 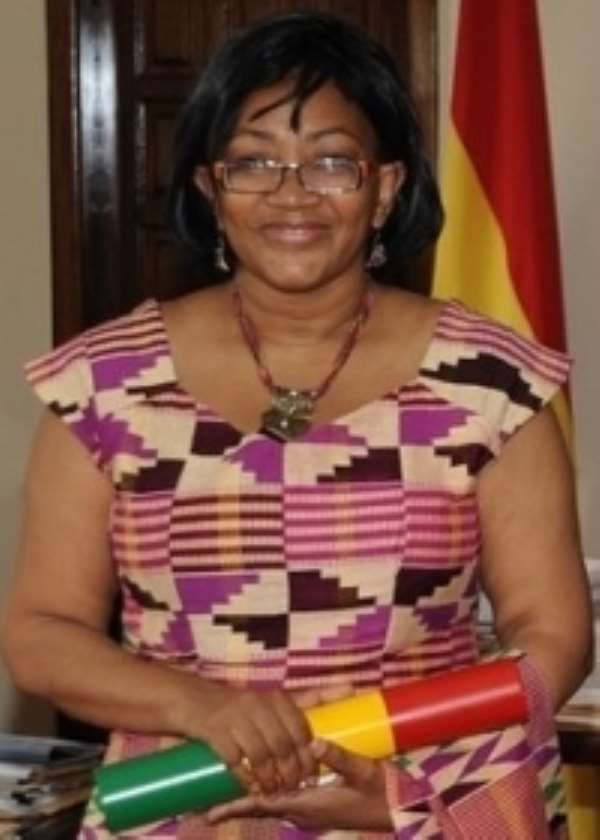 The state owned Daily Graphic recently reported that a 47 year-old farmer, Yao Hatekah, who had been charged for marrying his daughter, Baby Hatekah, at Gonu Ashiagborkorpe, near Dabala in the Volta Region, has been convicted by the Sogakope Circuit Court.

According to the story, Hatekah was convicted on his own plea by the court, presided over by Mr. Gabriel Nene Kwao Mate-Teye. However, the court deferred sentencing Hatekah to July 20 th .

The story continued that Hatekah had been charged with incest, to which he pleaded guilty on June 20 th , 2012, and was remanded to re-appear on July 4.

At the sitting, his daughter, Baby, told the court that they had eight children together, out of which three had died.  The paper also quoted the Prosecutor, Inspector Emmanuel Kobla Atsyor of the Sogakope Police, as saying that after the death of Hatekah's wife sometime ago, he started having sex with Baby, who is now 25 years old.

Inspector Atsyor said when the people in the town got wind of the affair, they complained, and this caused Hatekah to relocate with Baby to the outskirts, where he built a hamlet, about 100 metres away from the town. There, they lived as man and wife, and had their children.

The Prosecutor said the police got wind of the incestuous affair from a letter sent to them by the Chief of the Community, Torgbe Sekpetey II, on June 9 this year, and the suspect was arrested. Since the day the story was published was supposed to be the day the court would sentence the convict, I believe Hetakeh is now in jail serving the sentence imposed on him.

(1) A male of sixteen years or over who has carnal knowledge of a female whom he knows to be his grand-daughter, daughter, sister, mother or grandmother commits an offence, and shall be liable on summary conviction to imprisonment for a term of not less than three years, and not more than twenty-five years.

(2) A female of sixteen years or over, who has carnal knowledge of a male whom she knows to be her grandson, son, brother, father or grandfather, commits an offence, and shall be liable, on conviction, to imprisonment for a term of not less than three years, and not more than twenty-five years.

(3) A male of the age of sixteen years or over, who permits a female, whom he knows to be his grandmother, mother, sister or daughter to have carnal knowledge of him with his consent, commits an offence, and shall be liable on conviction to imprisonment for a term of not less than three years, and not more than twenty-five years.

(4) A female of the age of sixteen years or over who permits a male, whom she knows to be her grandfather, father, brother or son to have carnal knowledge of her with her consent, shall be liable on conviction to imprisonment for a term of not less than three years, and not more than twenty-five years.

In the true interpretation of the above Section of the Criminal Code, Yao Hatekah has indeed committed a grievous offence and, therefore, deserves whatever punishment the court might have imposed on him. Apart from the coded laws, our tradition and cultural beliefs also frown on such conduct. Indeed, before the advent of the Portuguese to the coast of the then Gold Coast, anyone who slept with relations mentioned in the Criminal Code was banished from his or her town.

In those days, incest was considered a sacrilegious act, and the perpetrator was not permitted to live with his or her colleagues. In our present day Ghana, anyone who has not even set foot in classroom to learn the alphabets A, B, C, D is aware that it is abominable for one to sleep with his daughter, mother or father. In view of this, it is not a defense for an offender of the crime to claim that he was not aware of the existence of the law against the practice of incest.

Indeed, the rate at which rape, defilement and incest cases are on the ascendency is very alarming. The courts and the police, therefore, have the duty to ensure that those who are caught indulging in the illegal act are dealt with severely, according to the dictates of the Criminal Code.  This is the only way we, as a country, can help stem the tide.

Whilst acknowledging that perpetrators of this crime deserve harsh punishment, I am equally worried about the fate of the children born out of this illegal marriage, and woman herself, even though the latter, per the above provisions in the Criminal Code, is equally guilty of the crime. I have read through the Criminal Code, but nowhere did I see that provisions such as education and general welfare have been made for children born out of this marriage. In a society where the responsibility of taking care of children, especially their education, rests solely on the shoulders of the fathers, the State of Ghana has not been fair to children whose fathers are sent to prison for committing incest.

In the case under reference, Hetakeh is reported to have fathered as many as five children through the womb of his daughter-wife. I do not know the sentence that has been imposed on him, but if the presiding judge went for the maximum, it means Hetakeh would serve 25 years imprisonment. According to the Graphic report, one of the children is as young as two years. The big question is, can the poor mother of these five children take care of the children's education, and if the answer is big no, has the state treated these children fairly?

Section 6 subsections 1 and 2 of the Children's Act of 1998 states, and I once again, quote, ( 1) No parent shall deprive a child his welfare whether:

(b) the parents of the child continue to live together or not.

(2) Every child has the right to life, dignity, respect, leisure, liberty, health, EDUCATION (sic), and shelter from his parents. This Act, I believe, is non negotiable, but what happens to children whose fathers are jailed for incest?

I submit that the state of Ghana, under such a circumstance, should take care of the children's education and their general welfare. Failure to do that, to me, would amount to the breach of the Children's Act, because by depriving the children access to their father cum grandfather through legal means though, the state should now assume the role of the jailed father, by taking care of the children's education. I will not accept the argument that by assuming that role, the state would be encouraging fathers to indulge in such incestuous behaviour. If that is the price we have to pay, we have no option than to obey.

I am raising this point, because children are born as a result of the incestuous conduct of their parents, did not commit or have not committed any crime, therefore, it would be wrong for the state to allow them suffer in life, because they did not get the best of education. Indeed, if the Department of Social Welfare was well resourced, it should have rather taken this responsibility of taking care of the education of such children, but the bottom line is that the Department does not have the funds to execute those duties.

If it is an acceptable fact that some of the armed robbery cases being reported on almost a daily basis are attributable to street children who have no occupation to live on, then something must be done about the issues I have raised. I insist that children born out of incestuous conduct have not committed any crime, therefore, they must be made to enjoy full parental care from the state, instead of jailing their parents and leaving them to roam the streets as vagabonds.