What African Elites Have Done For Blacks Lately 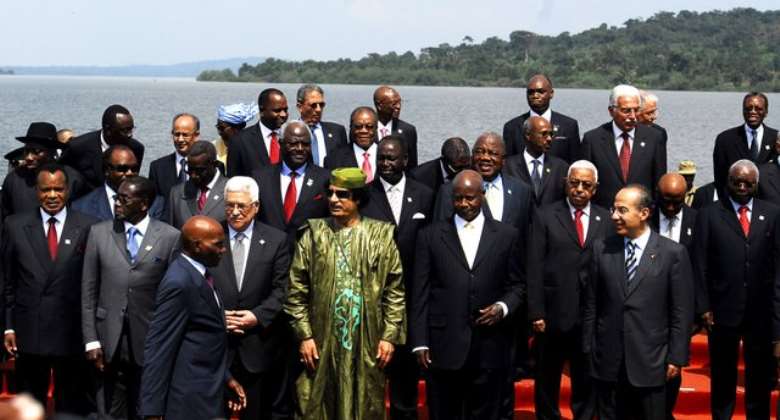 What is the state of the African world? After over a century, Africans have not made enough progress out of the last century which was repressive, dark and bleak for the black world. Our progress has been slow and not where Africans should be. While most races shook off their repression, Africans are still mired in theirs. Individually many Africans have made it but lesser proportion of those, compared to past, have reached back to pull their brothers and sisters up.

We must make it as a people together if any of us is going to be worldly respected. Magazines list some Africans as the richest in their fields, there are many others hidden in underground economy whose wealth are conspicuous but will not pass scrutiny. Whatever the case, there are no collective will to give back as much as we used to. If there were a people prominent for community development in the past; look no further than African neighborhoods anywhere.

However, African elites no matter where they are today have not done enough for those they left behind. On the other hand are those willing to lose their freedom to free others. Personal pay off negligible. While some sacrifice, including risking it all; most are selfish, ungrateful and unrepentantly living lavishly in the sky until they go broke. It is nice to see a brother or a sister living well; it is gross to see them waste money just because they are free to spend it foolishly.

It is not only about the dead that lost their accounts in western countries like Mobutu, Selassie, Abacha and others. There are many more still wasting African resources today and many others outside Africa that became rich through sports, music and business that threw their money back into their masters' coffers. As long as Africa remains dependant no black will be respected.

The fear of taxes has driven some of the richest Africans to hide money offshore and the most educated into selfish parties. One of the notables is the famous cardiologist that is flattered as a Republican presidential candidate in the United States. The irony is that he is blind to his background and how he came up to be so successful. One has to wonder if they are chameleon conservatives, only to turn around and do 'good' when they get to power. They hardly make it.

So it is surprising that someone with the background of a world renowned cardiologist, Dr. Ben Carson will be pandering to the extreme right in the Republican Party in United States just to be considered for the presidential candidate. Africans cannot be in the same party, but to identify with and elevate people whose ideology demean the very situation you overcome betrays a deep selfishness hidden in religious bigotry that renders many educated people confounded.

Another black that was used by Republicans to push California abolition of affirmative action in schools and workplace is Ward Connerly who claimed he was trying to help. Their rationale is: that was then, not now. Yet, totally blind to instant white male only privilege while no other man or woman dare challenge them. If it is not for silent affirmative action, most professional schools in the USA will be full of women and Asians with little room left for white males.

This black educated class has been used to kill affirmative action or diversity in universities and the workplace because their children have always enjoyed middleclass environment. There is even a struggle between the children of African/American elites that enjoyed rich environment and do not need any special or affirmative program meant for impoverished communities. In fairness to their children, many have rejected and do not apply to universities as minorities.

If blacks are products of inferior education in Africa and outside, where do they go? The irony is: Africans manage to replicate glorified private foreign language schools while defunding basic education at home. Actually we do not want preferential treatment, all that is asked for is equal opportunity to excel: like equally equipped and funded early education and nutrition no matter where you are or where you come from to help you succeed climbing the following ladders.

It is not about that song - what have you done for me lately. This is about the rich, famous and educated African or African/Whatever that are too absorbed in themselves. Time is tough, they claim they can hardly hold on, not to talk about lifting up others. The greatest insult came from racist Donald Sterling asking what has the rich athletes done for their community as Jews did for theirs. Though he picked on the wrong guy, Magic Johnson invested in the black community.

The fact remains that if there are more Africans like Magic Johnson, instead of making it and living lavishly before they go broke, some of their money would help the black communities. The academics do make a great deal of noise like storm in a tea cup but even worse are the African politicians. They would sell their birthright just to be recognized outside Africa.

There is no doubt that African scholars need to publish more outside university settings and reach out to the community levels where their contributions can make an impact and change behavior in the black communities. While those who fought for them to get a chance to get a job inside the ivory tower are almost old, forgotten or dead; they have not given as much back in return in terms of solutions to violence against our children that must be lifted up from slum.

In contract, nowhere is this more apt than in teachers' training portfolio that include time and effort in inner city schools. Some of them end up in these schools only to be frustrated out when their schools are closed for consolidation or 'voucher' programs into private schools claiming to be superior and graduating more students. However, what they are actually practicing is discrimination: who comes to their schools and selecting those likely to succeed.

Therefore to find black men and women willing to risk it all so that others can get a fighting chance, we have to go into history. However, we have more successful black people today than ever. The only problem is that the proportion of these black elites pushing for African or black success are not as much as the in the past. Many absorbed by complacency, selfishness, indulgence and hedonism. They could also be indifferent, watching their own backs.