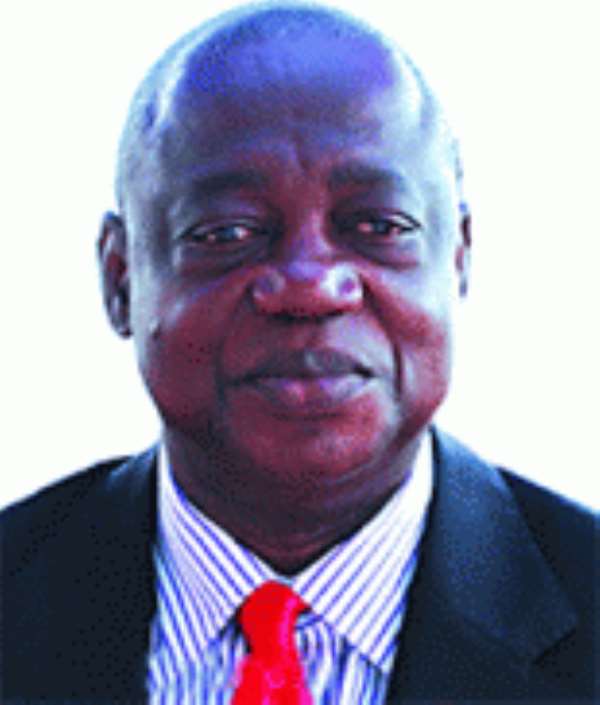 The Attorney-General and Minister for Justice, Dr Benjamin Kunbuor, Wednesday told the Public Accounts Committee (PAC) of Parliament that the country was likely to pay more judgement debts but his outfit was not in a position to do anything about the situation.

He said there was the need for a national consensus to address the issue of judgement debts.

Answering questions at the PAC sitting, Dr Kunbour said if people allowed their personal egos to override the national interest, the question of judgement debts could not be interrogated the way it should be done.

He said it was his humble prayer that in the future, individuals who were in a position to take decisions on behalf of the state would deflate their egos in the interest of the larger society.

He said if that was done, the nation would be spared the burden of judgment debts which had become a drain on the national economy.

He explained that until the audio, video and professional transcripts of the recorded proceedings were made available to him, he would decline to respond to questions based on those proceedings.

That came about when the Chairman of the PAC, Mr Albert Kan-Dapaah, wanted to refresh the memory of the minister on some statements the minister had made during his previous appearance before the committee.

Mr Kan-Dapaah wanted to find out whether Dr Kunbuor still stood by his statement that Construction Pioneers (CP) made a claim of 614 million euros and it was through the negotiations of the former Attorney-General, Mrs Betty Mould-Iddrisu, that the claim had been reduced to 94 million euros.

Mr Kunbuor explained that he had only said he had sighted the 614 million euros in some correspondence but could not pinpoint which document, adding that it might be in the correspondence between the external solicitors of the government and his office.

He stated that he had used the 614 million euros for illustrative purposes and that if it could not be sighted anywhere in the Attorney-General’s Office, he was prepared to withdraw that statement.

He said CP kept renewing its claims and he cited it as one of the highest possible claims by the company and not a final award by the International Commercial Court (ICC).

Mr Kan-Dapaah said Dr Kunbuor had made several categorical statements about the 614 million euro claim by CP and, therefore, could not have used those references to illustrate his point.

That assertion by the chairman brought about some misunderstanding between him and Dr Kunbuor.

Dr Kunbuor accused Mr Kan-Dapaah of not being fair to him by trying to read from a different document and not from the transcript of what had happened when he appeared before the committee the last time.

It was at that juncture that the A-G declined to answer any further questions from the members of the committee until he had been provided with the audio, video and transcripts of what had taken place the other time.

But Mr Kan-Dapaah took strong exception to the accusation by Dr Kunbuor that he was not being professional by quoting from the transcript produced by the Hansard Department of Parliament on the previous sitting of the PAC.

Replying, Dr Kunbuor stated that the Hansard Department was not infallible and could make mistakes.

He contended that it was for that reason that he needed to obtain video and audio recordings to satisfy himself before he could answer questions on his previous appearance.

All attempts to ensure that Dr Kunbour appeared before the committee today proved futile, as he stated that his commitments would take him away for two weeks.

Meanwhile, a former Attorney-General, Mrs Betty Mould-Iddrisu, is expected to make her second appearance before the committee Thursday.

Justice V.C.R.A.C. Crabbe, who was contracted to negotiate for the payment of judgement debt to Rockshell, also appeared before the committee at its yesterday sitting to explain how the settlement amount had been arrived at.

The committee wanted to know why $35 million had been paid to Rockshell, even though the claim had been made in cedis.

In his explanation, Dr Kunbuor stated that the amount was changed from cedis to dollars because of the free fall of the value of the cedi, among other factors, at the time of negotiations.