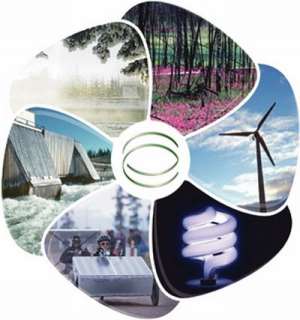 Oil Import and Debts
Historically oil, gas and coal have been the mainstay of the economies of European, American, Japanese and other members of Organisation of the Economic Cooperation and Development (OECD). These energy resources, particularly oil, enabled them to reach and maintain their current levels of development and lifestyle. Many countries wishing to transform their economies and societies have tended to go the line of fossil fuel.

However, many energy experts agree that the current oil driven development is unsustainable due to several factors including dwindling global reserves, impact of fossil fuel consumption on the planet (global warming and climate change), cost and security associated with production and transportation of fossil energy.

The transportation and industrial sectors of many African countries rely on oil import. These countries including Burkina Faso, Ghana, Malawi, Niger, Kenya, Tanzania, Togo and Zambia spend huge percentage of their GDP on oil import. This has led to huge debts being incurred with serious ramification for the performance of their economies. For example the debt incurred by Tema Oil Refinery (TOR) in Ghana made it difficult for the company to import crude oil leading to several shutdowns which affected economic activities in the country. Government of Ghana was forced to settle the arrears before TOR could lift crude into the country. These debts are linked to high global oil prices. The high prices mean that oil importing African countries will have to use their limited foreign exchange to compete with the likes of United States and China.

With China's demand for oil expected to grow from 8 million barrels a day in 2010 to 17.5 million barrels a day by 2030, coupled with demand from Argentina, Brazil, India, Turkey, and the OECD countries the competition for access to the remaining global oil reserve will increase. The increase in demand will undoubtedly have impact on energy prices worldwide which will adversely affect African economies currently struggling to remain competitive.

In 2008 a report by Anton Eberhard noted that Africa's electricity infrastructure capacity remains the lowest in the world. In the study Eberhard noted that the 48 Sub Saharan African countries with a combined population of more than 800 million produced about 68 gigawatt of electricity, almost the same amount of electricity generated by Spain with her population of 45 million people. When South Africa is taken out of the equation, the total power generated fell to 28 GW, equivalent to the installed capacity of Argentina.

Africa Infrastructure Country Diagnostic (AICD) report authored by Vivian Foster, studied business activities and energy infrastructure in 26 countries in SSA and found that “for an important subset of countries, power emerges as by far the most limiting factor, being cited by more than half of firms in more than half of countries as a major business obstacle”. The firms reported losing 5 percent of their sales as a result of frequent power outages. The figure rises to 20 percent for informal sector firms unable to afford backup generators. TaTEDO, a Tanzanian non-governmental organisation, points out that more than 40 percent of agricultural products go waste due to post harvest losses and lack of appropriate energy to process or preserve it. However, it is not only businesses that face energy challenges, households are also confronted with electricity problems.

In Tanzania for instance while about 12 percent of households in the country have electricity coverage, only 2 percent of those in rural areas have access to electricity. That is 98 percent of rural households constituting 75 per cent of the population have no access to electricity. Ethiopia also has 12 percent national coverage and 2 percent and 86 percent for rural and urban areas respectively. The picture is no different from what pertains in Burkina Faso, Democratic Republic of Congo, Kenya, Niger, Malawi, Rwanda, Uganda and Zambia.

The IEA's 2010 Energy Development Index which tracks progress in a country or a region's transition to the use of modern fuels shows that SSA countries are not moving fast enough to tackle energy poverty and to increase the use of modern fuels. According to the World Bank the more than 580 million Africans who are without access to modern forms of energy spend more than 10 billion dollars annually buying low quality energy services such as kerosene, candles and firewood. Figures from the World Health Organisation indicate that death associated with the use of these services in Africa runs into four-hundred thousand annually.

Firewood and Charcoal as main Energy Sources
The lack of electricity and other forms of modern energy mean that firewood and charcoal for cooking and kerosene and candles for lighting remain the primary source of energy in most households and there is every indication that the dependence on low forms of energy is growing. For instance in 1986 about 66 percent of energy used in Zambia came from woodfuel, however by 2010 the figure had risen to 76 percent. In Democratic Republic of Congo, 92 percent of energy used annually comes from biomass especially from woodfuel.

The use of charcoal, firewood, candles and kerosene as the dominant source of energy effectively classifies Africa as one of the least energy intensive economic regions, heavily constrained by both low quality of fuel type and low per capita energy.

The Renewable Energy potential
While globally, attention is being focused on developing renewable energy resources (such as hydro, bioenergy, solar, wind and thermal among others) as a way to promote sustainable development and contain the threat posed by climate change to the planet, progress at developing the abundant renewable energy resources found in Africa as a viable alternative to fossil fuel has been slow. About 93 percent of Africa's hydro power potential remains undeveloped. Ethiopia for instance still spends millions of dollars importing oil each year despite the fact that she and Democratic Republic of Congo possess about 61 percent of Africa's untapped hydro power potentials.

But given the global demand and competition for fossil fuel coupled with the associated price increase and debt burden for oil importing African countries, it is obvious that Africa cannot take the development path driven by fossil energy. Renewable energy must be the way because it has the potential to help African countries invigorate their economies, wean themselves from dependence on fossil fuel and reduce the debt burden associated with oil importation. Renewable energy can also help increase households access to modern energy services; reduce energy poverty; improve the livelihood of the people; empower women; improve performance of students in schools; create jobs and bridge urban-rural inequality. It also has the potential to meet Africa's energy security needs; protect the environment; reduce natural resource conflicts (e.g. firewood collection); slow down rural-urban migration and associated urbanisation; and reduce carbon emissions and hence the negative impact of climate change.

The influential global energy outlook report prepared by British Petroleum in 2011 shows that the contribution of renewables to global energy growth will increase from 5 percent (1990-2010) to 18 percent (2010-2030) but Africa's share in terms of production and consumption of this growth is very small. There is therefore the need for African governments to begin to work seriously with the private sector and other relevant bodies/agencies to aggressively develop the necessary policies, institutions, and infrastructures to take advantage of Africa's huge renewable energy resources. Effort must also focus on addressing the human, financial and management capacity challenges associated with the renewable energy sector so as to make sector a catalyst for achieving economic growth, development and prosperity in Africa.

By Lord Aikins Adusei
The author is a graduate of Swedish University of Agricultural Sciences specialising in Energy and an Intern at Stockholm Environment Institute in Stockholm, Sweden.