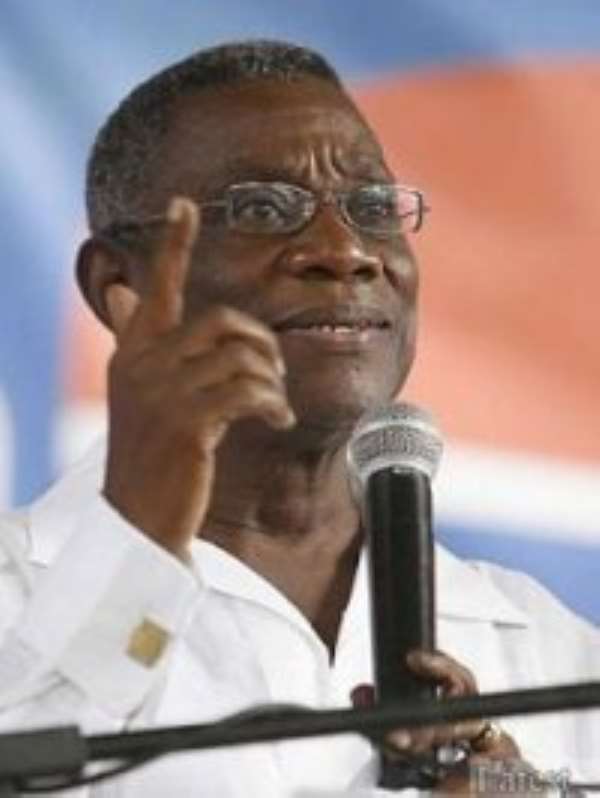 In the US, Americans recently took stock of the Obama presidency thus far, and they didn't like what they saw. Obama's Democratic Party got a real kicking in the mid-term elections. With rising job losses, foreclosures and loss of other investments, Americans are in no mood for some bit by bit, brick by brick solution to their problems.

The extent of kicking the Democrats got in the just ended mid-term elections clearly showed a country that is in no mood for evolution. They wanted a real revolution – radical, bold and sharp – attempt at ending their suffering. The Democrats lost control of the House of Representatives to the GOP in what became the biggest win for the Republicans in 62years.

I am a social democrat and clearly not inclined to support the GOP or the Tories, but I admire strong leadership. I admire Abraham Lincoln for preserving the Union and ending slavery and I admire Mrs. Thatcher for the revolution she embarked on in the industrial sector of Britain's economy. In Tony Blair's words, she had done the right thing in “liberating enterprise and industry.”

A country's economy or public sector can change gradually or sharply – it all depends on what is best for a country at any given time. And change can happen in two ways - by evolution or by a revolution - radical reforms and bold decisions. What Thatcher did was a revolution – and many years after she had left office, her virulent critics across UK parties still give her credit for the revolution of the 80s.

And there's one other thing I like about Mrs. Thatcher – Her courage. She was not hesitant to buck her party or take on the man who took over from her – John Major. In a speech after leaving office, she declared – “Judging from the opinion polls, opposition is where the electorate is inclined to send us” unless the Tories swung to the Right. She went further to blast John Major's government of tax rises and said they had failed the middle class.

Had it not been for the revolutionary approach to fulfilling the 1997 Labour manifesto proposal to have a referendum on whether Scotland should have a Scottish Parliament, Westminster would perhaps still be debating on how and when devolution should happen.

Attempts to devolve Scotland, Ireland and Wales had gone on for more than one hundred years until New Labour took over in 1997. Previous attempts had all been but gradual. When New Labour took over, they had a bold and sharp – not slow – plan towards bringing about devolution. And they did indeed succeed.

Gordon Brown lost the elections not because he wasn't a decent fellow, but because he floundered as Prime Minister, lost control of the party, dithered on the big and urgent decisions and his colleagues hopelessly failed to rise to the occasion and replace him when there was every indication he was leading them into electoral defeat.

In Ghana, there's haemorrhage of confidence in the future of the country under President Mills. This fog of disappointment is exacerbated by the intractable divide in the party and the president's failure to deal firmly with appointees who are stoking this division.

Aside the fact that there is a monumental managerial failure in the party, we have a much bigger problem in government. The major problem we are facing as a party is that President Mills is not in charge.

The President has quite some very good ideas that might help the nation and party. He understands that a 21st century NDC cannot operate on atavistic instincts; that the government would not run simply on the basis that everything the NPP did was wrong. He understands that this kind of thinking would only leave us opposing policies of far greater benefit to our own voters than anything we may be offering. Unfortunately, his appointees – responsible for dissecting policy - do not understand and can't even translate this to the public.

Some of the obloquy against President Mills is unfair. The truth is - the economic mess was not his making and turning round the economy under two years was never going to happen. The NDC took over at a time world economy teetered on the brink of collapse. The deficit we inherited was worse than that of Greece.

It took eight years to dig the hole we inherited from the NPP and in all probability no administration is able to plug the kind of hole we inherited from Mr. Kufour under two years. Government should have been honest to tell Ghanaians that it would take longer than we all would like to climb our way out the difficulties.

NONETHELESS, in many respects Prof. Mills' management of the economy and the political problems created or stoked by some of his appointees have made it worse and for that he must take the blame.

First, his choice of Chief of Staff was flawed. Mr. Martey Newman is a very hard working man, quite a good man driven by good motives. He has many qualities but political gravitas is not one of them. Newman is an honourable and strong manager, but he is not a political player.

A Chief of Staff is like the spoke in a wheel - the general of the team. Give it to someone without political gravitas and you would face political problems. The choice of a non political player has resulted in the president's failure to engage with his colleagues outside government – many of whom have been accused of irking the government.

The second is President Mills' failure to adequately communication with Ghanaians about the reality of the situation the NDC had inherited and articulate government's limitations in improving things quickly. His inability to properly communicate is exacerbated by his aloofness and poor choice of people to help couch and disseminate the message of government.

And of course the economic policy. Small scale businesses in the formal and informal sectors are the lifeblood of our economy. Without these businesses, the country's unemployment situation would quadruple. We are taxing them more instead of giving them an opportunity to expand and recruit by giving them quick access to loans and tax breaks.

I think the change government is giving to Ghanaians is too slow and insufficiently radical. When unemployment levels are higher and people aren't getting enough support, the last thing they want is an evolutional change.

Imagine the levels of protests and unrest we would have faced in the country in the 80s and 90s if Jerry Rawlings hadn't taken bold decisions on the economy and social services considering the fact that he took over at a time when nothing worked in the country – unreliable food supply, cocoa and timber production had fallen; health and education in Ghana was one of the worse in the world by 1982.

What we need is a leader who would be in full control of the party and subsequently the government. We are the party of big decisions and radical reforms. Let's not be afraid to be NDC enough; to celebrate June 4th and project our heroes. The party is at a point when it has to recognise some political sense, make changes and rejuvenate.

The same fate that befell the Democrats in the US recently(Obama dithering and frittering away time), the UK Labour Party and many other political parties which had fallen or lost elections could befall the ruling National Democratic Congress if we fail to live up to our name – bold, decisive, forward looking and revolutionary.