Ras Mubarak Writes: Is The Price-Tag Attached To Israeli Investment Too High For Ghana? 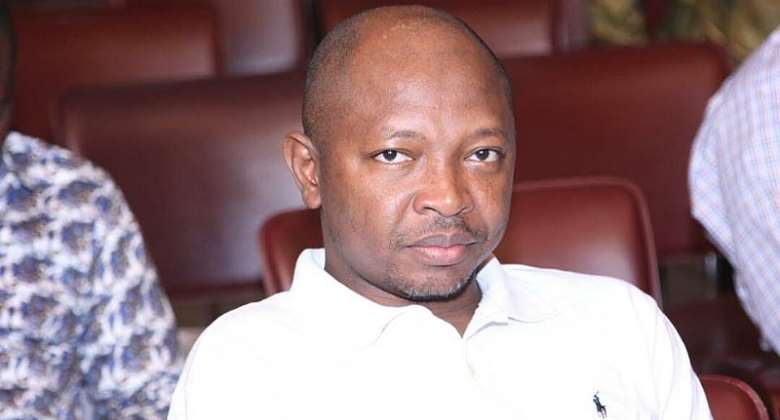 The day before Ghanaian Independence Day last year, President Nana Akufo-Addo, was scheduled to speak in Washington DC at the annual conference of the American-Israel Public Affairs Committee (AIPAC) - the most powerful pro-Israel lobbying organization in the United States. Then in November, Foreign Affairs Minister, Shirley Ayorkor Botchwey, while on a visit to Israel, “assured” Avraham Neguise, chairman of Israel's governing coalition party, Likud, that the Ghanaian government would assist Israel to gain observer status at the African Union (AU). Akufo-Addo’s trip to the US was cut short because of a spate of armed robberies and murders that plagued our people, and he never made it on to the podium in Washington.

Israel’s Observer Status bid wasn’t even on the agenda at the AU Summit in February in Addis Ababa.

Nonetheless, as we celebrate 62 years of freedom, we must ask why Ghana - whose decolonization and liberation remains a model to all occupied and colonised peoples around the world - is so supportive of Israel, a modern-day settler-colonial power occupying Palestine for 52 years? Israel is on a charm offensive in Africa, courting African leaders. “We want to help your soil become more fertile, your water reusable, your cities safer,” Israeli prime minister Benjamin Netanyahu promised Ecowas leaders in the Liberian capital, Monrovia, on June 4 2017.

No conversation with Israel’s diplomats in Africa – particularly West Africa, and Ghana in particular - is complete without several references to investment, trade, security, technology and agriculture – all fields in which Israel can supposedly assist the continent.

Publicly, Netanyahu and his Africa-based diplomats are putting a lot of effort into portraying Israel as a generous nation that cares about Africa and its people. Israel promises economic opportunities, technologies and development.

In return, it expects African leaders to support it at the United Nations (UN).

In meetings on the sidelines of the Ecowas summit, Netanyahu warned West African leaders that Israeli technology would solve their nations’ most urgent issues - as long as they opposed UN resolutions critical of Israel’s occupation of Palestine.

At the opening of the Ghana-Israel Agriculture Technology Breakfast Dialogue in January last year, Minister for Food and Agriculture, Owusu Afriyie-Akoto, said that he wants to strengthen Ghana’s cooperation with Israel on agriculture development.

By September, 50 Ghanaian agriculture students set off on an eleven month- long training programme in Israel to learn about greenhouse technology so that they would be able to make a profitable living out of growing vegetables. The Israeli training fitted in perfectly with the Food and Agriculture Ministry’s flagship programme called Planting for Food and Jobs.

The Ghanaian students were on a similar training course as one attended by Angolan students. They, too, were brought to Israel to gain exposure to advanced agricultural technology.

In Senegal, Israel’s Mashav drip-irrigation projects were widely promoted as a major part of Israel’s contribution to the “fight against poverty in Africa”, and were helping farmers increase yields in 12 rural areas.

Netanyahu immediately cancelled the Mashav drip-irrigation projects in Senegal, and recalled its ambassador from Dakar. Israeli aid to Angola was stopped. Israel also shut down the international aid agency in Angola that was bringing locals to Israel to learn about agriculture.

By cancelling the Senegalese and Angolan aid projects, the Israeli government was saying loudly and clearly that it would battle poverty in Africa only if it suited Israel’s propaganda interests.

Let’s be clear. Israel’s investment and aid to African states - including Ghana - is not goodwill. Its purpose is to force us to support Israel at the UN and AU, and smacks of a patronising, transactional relationship that we should be trying to escape. Do we really want a new colonial master?

In November 2016, the Ghana-Israel Business Chamber (GIBC) was launched by the then-Israeli Ambassador, Ami Mehl. At a reception at the Israeli embassy in April last year, Minister of National Security, Albert Kan-Dapaah, urged Israel to invest in programmes such as the ‘One District One Factory;’ and ‘One Village One Dam’ initiatives. The University of Ghana Medical Center, 3K Water Project, the Accra Tema Metropolitan Area Rural Water Rehabilitation Project and the Prabon Greenfields Estates - Kumasi are apparently some of the results of Ghana-Israeli cooperation.

In August last year, Israel opened a new commercial trade office within its embassy in Accra.

Is the price-tag attached to these investments silence and complicity in Israeli crimes?

So far, Ghana – a previous staunch supporter of the Palestinian cause in Africa – has not been neutralized at the UN by Israel’s diplomatic and economic incentives.

Ghana voted against recognizing Jerusalem as Israel’s capital in December 2017. Martha Ama Pobee, Ghana’s permanent representative to the UN, said that our vote was keeping in accordance with “relevant UN and AU resolutions.”

In 2015, while addressing the UN General Assembly, former President, John Mahama, courageously called for an immediate cessation of the construction of illegal Israeli settlements in occupied Palestine - tackling an important issue which had been ignored by the leaders of more economically powerful countries.

As we confront the challenges of poverty, unemployment, economic liberation and creating a better future for the Ghanaian people, we must also support those who are yet to achieve their liberation, and yet to begin the process of decolonisation, such as the occupied and colonised Palestinian people.

A free and independent Ghana became home to anti-colonial activists, exiles and asylum seekers on the continent and beyond. Kwame Nkrumah offered them material support and a venue from which they could organise and negotiate their future.

Let us also not forget that in an attempt to buy support for its apartheid policies, the South African apartheid regime developed a policy of “helpfulness” towards poorer African nations, offering to share its agricultural and mining know-how. Most refused, and ultimately formed the frontline of resistance against South African apartheid.

Like South Africa’s “neighbourliness”, Israel’s “aid” to African states is not free.

The diplomatic repayment that Israel demands of Ghana is too high. We must not be silent about Israeli crimes. We must resist the lure of technology and aid designed to whitewash colonialism, occupation and apartheid.

Ras Mubarak is a Member of Parliament for the Kumbungu Constituency in the Northern Region.