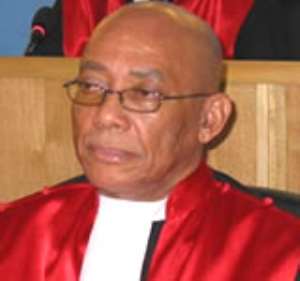 
The Commission of Human Rights and Administrative Justice says it will not reopen investigations into the infamous Mabey and Johnson bribery scandal until the High Court has given its ruling.

The Commission chairman, Emile Short told Joy News the decision to suspend hearing and investigations into the scandal was appropriate.

Six former government officials were under investigations for collecting bribes from British Construction firm Mabey and Johnson, but five of them challenged the powers of CHRAJ to investigate the matter accusing the commission chairman of bias.

The five, including Mr Ato Quarshie, Alhaji Boniface Saddiqque and Kwame Peprah took the matter to court and prayed the court will rule in their favour.

But Dr Sipa Yankey who resigned as Health Minister in the face of these allegations believes in the sanctity of CHRAJ to rule on the matter.

He insists the anti-corruption institution must hear his side of the story.

His lawyer, Kwame Gyan told Joy News his client has a constitutional right to be heard.

He agreed the other accused persons have the right to challenge CHRAJ's authority but was quick to add, his client's case cannot be subsumed into those of the accused persons.

He threatened to take the matter to court to compel CHRAJ to hear his case.

But Emile Short said the former Health Minister has a right to seek legal redress but maintained CHRAJ will not hear the case until the High Court gives its verdict.