Re: NDC Is 'Tribalising' The Military 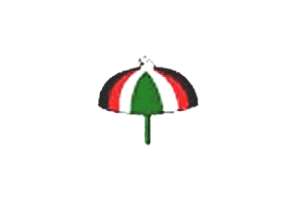 The issue at the core of this article is about how you achieve institutional balance vis-à-vis competing multi-ethnic aspirations in a political soup kitchen. The president of a country has the prerogative in hiring the political players with which he has to govern the country, simply because political appointees come and go with the election of any new government and party. Although that is the theory, we know too well it would be foolhardy and suicidal for any president to pack his government with people from one tribe only. The same cannot be said of national institutions such as the civil service, police, army, fire service etc. One cannot be allowed to pack these institutions in a manner that does not reflect the ethnic balance and compositions of the country.

Since most African governments can hardly generate or germinate jobs, they tend to pack the army and police with citizen job-seekers from their strongholds who cannot find jobs in the open job market. This pool of people goes into the army for the sole purpose to fill a pay cheque. They are often undisciplined, unruly and very pliable to ethnic manipulation. They often tend to think their very economic survival is intertwined with the political party that recruited them. They go on to do everything possible, including the use of brutal force to keep that government in power, even when they have been clearly rejected by the people. We have seen this played in Zimbabwe and the way JJ Rawlings employed the 64th Battalion or Machomen Commandos to keep himself in power. Over time the lines between ethnic loyalty, party loyalty, and national loyalty become blurred, and an unpopular government could care less since it can count on an army which has become basically the military wing of that party.

It is in the light of the foregoing that the recruitment letter dated December 8, 2009, and signed by one Stanley Glate, the Ho Central Constituency Secretary of the NDC, should be seen. I quote excerpts from the letter:

“I humbly write to inform you that the sale of forms for recruitment of people into the military as well as youth employment is ongoing in the Ho Municipality. As part of our campaign message to help fill our favorites into the various places, I am happy to inform you that your branch has been given the opportunity to submit the names of two persons to be employed in the Youth Employment program.” It continued, “Anybody from your branch who is also interested in prisons, fire and immigration services should get the form and we will help in processing it. The names should get to the Municipal Coordinator of Youth and Employment programme together with two passport pictures by 11 December 2009 for consideration.” End quote

The trouble with the above letter is eloquently espoused by Justice Sarpong, a Ghanaweb chat room regular:

“If President Mills wants to recruit People into the Army based on test scores; I have no problem with it. If we are going to recruit 1000 People to fill a vacancy in the Military and the Ewe Einsteins are the best 1000 scorers, recruit them, I have no problem with it. My problem here is why this letter is only being circulated in the Volta Region. Give the "dumb" Asantes a chance to fail the exams and then fill those positions with the 'Ewe Einsteins'. Ghana is not made up of only Ewes and Asantes; let's circulate the letter in every corner of the country so that everybody who wants to join the Military takes part in the examination. The Military, Police, Fire Service and other Civil Servant positions should not be part of spoils of Election victory and we are not going to allow this administration to start using them as one.” End quote

The military is of particular worry since it is the source of much coercive force which can be used to suppress, and it has been used in that fashion before by this same P/NDC, to trample on the rights of the citizenry. It is even more nonsensical that the public purse would be used to support what is basically an ethnic force. We are talking of collective national security and no tribe must assume they should be allowed to punch above their weight. It is ridiculous that a tribe that constitutes say about 8.6% of the population should have about 30% representation in the army. A "MINORITY" army can only reap trouble. It would not be acceptable to the "MAJORITY", even more so the army shall be deemed as of ethnic domination and run into risks that bother on acceptance, respect, legitimacy and mandate. An army that does not have the confidence and support of the majority of the ethnic groups in the country ceases to be a national army and quickly evolves and transitions into a parochial hegemonic malevolent force. That would not augur well for security, integration, peace, and development of the country. In short the military matters because it the depository of the coercive force of the country. It can by no means be allowed to be dominated by a minority tribe, which might leverage it to tilt the balance of power in its favor. Peace, balance, and harmony can only be achieved when the army mirrors the ethnic composition of the country.

Already there are some grumblings against how current recruitments into the army are being handled, as evidenced by Sarpong's cautionary article by the same title (see Ghanaweb Jan 5, 2010). If we don't stop the source of the grumbles in its tracks, it shall sooner be a rumble and then an explosion. Attah Mills would be making grievous mistakes if he allows himself to be played like a puppet by his puppeteers and handlers.

We are not talking of job per se, but the propensity and the habit of any political party that draws say 95% of the ethnic votes in a region to reward that ethnic group with wholesale access into the security forces at the expense of other tribes. What is going to happen is that another government can come in and decide to right-size the ethnic balance in the army by sacking a lot of the over represented tribe, and we know what could happen, acrimony and probably violent overthrow of that party.

Atta Mills is in all probability blindsided, he cannot lift his head from the cocoon that he is in to realize there is a difference between a party and a government. They have gotten into this unhealthy quagmire by thinking they have to satisfy and reward their foot soldiers and “world bank”. The national purse is not the sole prerogative and entitlement of any one tribe or party. It is even more unthinkable to use our tax money to support what would basically be an ethnic or minority army. Father of the nation must not be empty words; it has to be seen in how you manage things evenhandedly. So Atta be careful and don't be Simpa Panyin Hunu. The country was handed to you in one piece and harmony, don't break it. If you do you shall surely find you have bitten more than you can chew.

E/R: Body of missing Chinese man found in dam at Esaase
26 minutes ago