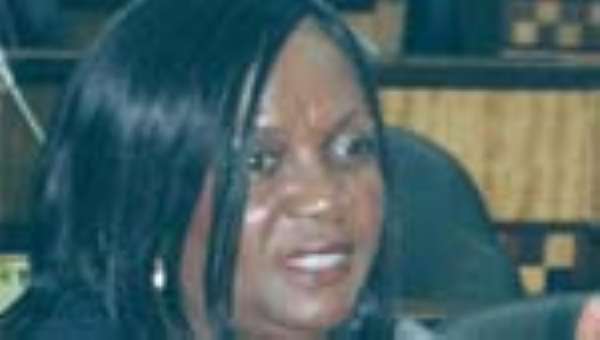 As suspected sympathizers of the National Democratic Congress (NDC) last week sent life-threatening text messages to a High Court Judge, Henrietta Abban after the incarceration of Mr. Tsatsu Tsikata, the country today marks one of the dark dates on its calendar.

It is the anniversary of the murder of the three high court judges and a retired Army Major by suspected state agents during the reign of the Provisional National Defence Council (PNDC) regime led by Ft Lt Jerry John Rawlings.

As is characteristic of it, the Ghana Bar Association is commemorating the occasion which sad incident occurred on 30th June, 1982, with a church service and speeches.

The annual event dubbed “Martyrs Day” evokes painful memories to the families of the judges who were abducted from their homes and brutally murdered on the Accra Plains by state agents who carried curfew passes.

At a major barrier on the way to Aflao, the policemen on duty were showed the passes which allowed the suspects who were led by L/Cpl Amedeka to drive away with their preys.

They told the jittery victims that they were needed to assist a new government to be formed should a coup about to be staged succeed.

Under the dark clouds of the vast Accra Plains the high profile victims, Mrs. Justice Cecilia Koranteng Addow, Mr. Justice Kwadwo Agyei Sarkodie, Mr. Justice Fred Poku Agyepong and the retired Major Sam Acquah, were made to sit on stones by the armed men and shot from behind.

Their bodies were doused with petrol and burnt, but a downpour did not wash away their identities.

After Major Charwey and his men found them with the help of a cattle rancher, a report was made to the Police and a shocked nation was told about the gruesome find.

The police team led by Yidana had a hell of a time undertaking the operation of moving the semi-decomposed bodies to the morgue.

The three high court judges had stepped on the toes of some top personalities when they found themselves sitting on the suit brought by victims of the AFRC secret courts which handed down outlandish jail terms, and someone ordered their elimination.

The suits were brought to the court soon after the AFRC handed over power to the short-lived Limann administration.

The victims' position was that the jail terms were infringing on the principle of natural justice and common law of habeas corpus.

Among those who opposed the hearing of the case was Amartey Kwei of the Ghana Industrial Holding Corporation (GIHOC) and a powerful junta man.

Major Acquah, one of the victims of the murder was then Personnel Manager of GIHOC.

Dr. Andan of the Police Hospital was not wanted in the picture when the man was contacted over a post-mortem because he was a member of the Judicial Council.

At the time, the policemen began to wonder whether the authorities cared about unearthing the truth about the murder as contained in Yidana's revealing book “Who Killed The Judges?”

He met with difficulties while writing his book because his request to be given copies of the writs by the AFRC victims was rejected by then Acting Chief Justice Sowah.

For Ghanaians in general, it reminds them about the worst attempt at trampling the rule of law in the country. At the time it happened, it sent fear down the spines of members of the Bench, even as the junta attempted a number of damage controls.

The incident supersedes the execution of the eight Generals in terms of cruelty four years earlier by the Armed Forces Revolutionary Council junta which was also led by the PNDC Chairman.

A number of clues were adduced to underscore state complicity in the action, allegations which compelled the PNDC to order an investigation into it.

One of the leading characters in the investigations, Mr. Jacob Jabuni Yidana, then a Chief Superintendent of Police, whose untiring work led to the arrest of the key suspects was constantly under surveillance.

He ended up finally in jail, for perhaps being too nosy, in a case which some of his superiors dreaded.

That Amedeka found his way to the Broadcasting House, serving as a representative of the PNDC at the place having been dismissed from the Army over a number of misdemeanours, raised worries in the minds of investigators when he was arrested.

It took waiting moments for the investigators to have Amedeka and other suspects to be released to assist in their work.

Amartei Kwei who even after his resignation from the PNDC still operated at the Castle was served with a questionnaire by the Police Investigating Team. Surprisingly, the questionnaire had to pass through Captain Kojo Tsikata (rtd) at the Castle.

A press release followed the handing over of the questionnaire in the Ghanaian Times but the Ghana News Agency General Manager questioned the authenticity of the release.

Two persons who were executed at the end of the investigations made tell-tale disclosures before their deaths. Amedeka fled the country and therefore escaped justice.

I have done a wrongful act. They instructed me to supervise the operation because the boys were aggressive and indisciplined (sic).

What I was ordered to do was wrongful, yet I carried out the instructions. I have sinned; I beg for forgiveness, I have sinned.”

L/Cpl Tekpor, also executed, told the panel “I Tony Tekpor never knew these judges nor the retired Major in my life. I have never had any grudge with any of them.

Therefore I want you, the panel, Ghanaians and the whole world to know that I, Tony Tekpor I am never a murderer but there should be a brain behind.

I knew very well that I was taking part in a national assignment, which was authorized… for the arrest of these three High Court judges and retired Major which later turned to be the mysterious end of their lives or death.

Now I know that I have been used wrongly against these people. I therefore send my sympathy to their families and may their souls rest in perfect peace.”

When Chairman of the PNDC, Flt. Lt. Rawlings met with a delegation of the Judicial Council soon after the abduction, he said “We pray and hope that we should find them alive”.

According to Yidana in his book, the Chairman knew at the time he made the foregone statement, names of the two murderers and was aware the victims were already dead.

Even the burial of the murdered judges and retired Major met with difficulties as the Ghana Bar Association suffered frustrations when it tried to organize a Church Service.

Finally the burial took place on 7th July, a week after the horrendous act.