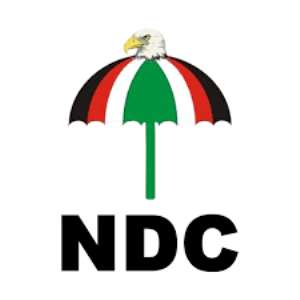 In 2012, Mr. Mahama decided to run as the President and fraudulently won. The matter ended up at the Supreme Court where a narrow decision of 5:4 judges declared him the winner. For the first time in the political history, a President was declared a winner by a court. The supposed loser, candidate Nana Akufo-Addo told the world after the decision of the Supreme Court that even though he did not like the way the court decided the case, he was accepting the decision for the sake of peace. He charged his teaming supporters to stay calm and avoid any violence. His supporters complied because they respected and still respects him as a fine democrat.

In 2016, the same John Mahama decided to run again, thinking he will have it the way he had it in 2012. It was a mistake he did. He disgracefully lost to his challenger, the same candidate Nana Akufo-Addo with a whopping one million difference. Then the Bole opportunist and greedy politician decided to stage a comeback. Again he lost. He has since decided not to accept the decision of the EC. He goes about with Pink Sheets under his armpit, threatening to use any legitimate means to become the President of Ghana again.

Even as Mahama continues to sulk under yet another defeat, Mr. Johnson Asiedu Nketia, the boastful and senseless General Secretary of the NDC, continues to urge supporters of the party to continue to jubilate. According to this palm wine tapper's son, John Mahama is the winner. It was this skinny General Secretary who told the world that any idiot can go to court when Nana Akufo-Addo decided to go to court to challenge the results of the 2012 Presidential elections. I wonder if Mr. Mahama will also go to court since any idiot can go to court.

When supporters of the NPP massed up at Obra Spot in Accra, Nana Akufo-Addo told them to go home since he was going to court. Many supporters did not support the idea of going to court but candidate Akufo-Addo stood on his grounds and went to court. Even when the court ruled against him, he honourably said even though he did not like the decision, he was accepting it for the sake of peace. God, the all-knowing, paved the way for him to be crowned the President of Ghana.

Those who are following Asiedu Nketia to go to the streets to demonstrate are making a fool of themselves. They should remember that Asiedu Nketia has all his children and wife enjoying life in faraway Canada. He is fabulously living in Seika in his hometown and see his mansion there, not to talk of Accra and other places. Just look at yourself and where you are living, poor guy!

Recently, when one of the children of John Mahama celebrated his birthday, his father bought him a brand new Mercedes Benz. You sit on okada at Circle, begging people to climb for you to earn a day's chop money and there you are on the streets, in the hot sun, demonstrating for Mahama to become a President again.

Out of frustration and ill-intentions, Mr. Mahama continues to provoke confrontation with the Ghana Armed Forces. He said they are dancing to the tune of the NPP. His Communications Director, boastful and an upstart in Ghana politics has served notice that an NDC government will deal ruthlessly with the army we have. Because they know the Ghana Armed Forces are made up of fine ladies and gentlemen, they have started toning down. This time, they say the military has been infiltrated by hooligans hired by the NPP. As the former Commander of the Ghana Armed Forces, this Bole greedy fellow should have known better, but will he reason, when his mind is rampaged against reason?

The man has refused to learn from history and that is bad for him as a politician, when the NPP, led by the late Professor Adu Boahen boycotted the 1992 elections, they choose to write the stolen verdict which enumerated the anomalies of that flawed election. Before, during and after the elections, the Commandoes, Rawlings private army did their worse; beating, killing and maiming innocent Ghanaians. Again, the NPP under Kufuor lost the 1996 election and nobody took to the streets to demonstrate the glaring cheat.

Nana Akufo-Addo also lost the 2008 election in a narrow margin but not an ant was killed. Today, Mr. Mahama is arguing like a child who has busted his balloon. He wants Ghana to burn into ashes because he has lost an election, as if this is the first time he has lost an election. Ghanaians are pampering this man too much, what does he need from Ghanaians again? Sadly, he is being pushed into battle by hitherto respected gentlemen who have stooped too low to be called gentlemen. Mahama can go and burn the sea but he will still remain an ex-president.

Mahama should study the voting pattern of the Voltarians and remember that time changes and so is life. Whoever thought, Hohoe will fall to the NPP? You see how life changes? Mahama can continue to daydream. Who cares?