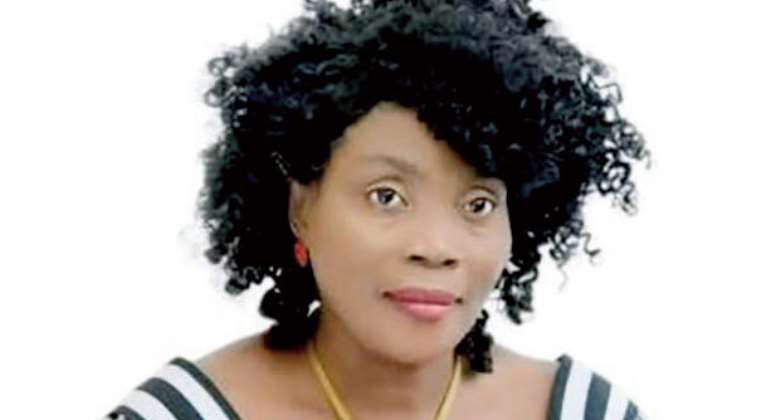 The People's National Convention (PNC), once a strong political party, appears to be on the verge of collapse, following the in-fighting over who should be part of the leadership of the party.

Internal wrangling and power struggle have taken the centre stage in the PNC in the preceding months, leaving the party in disarray.

There is currently no clear substantive National Executive following several suspensions and counter suspensions of its leaders.

A suspended General Secretary of the party, Janet Nabla, has even lodged an official complaint at the Kotobabi Police Station in Accra against two officials of her party– David Apasera who was the party's flagbearer in the 2020 presidential election and Moses Dani Baah who is the National Chairman.

This follows an alleged forceful ejection from her office by supposed assigns of Mr. Apasera and Mr. Dani Baah.

“These are not party people. They are hooligans picked from the streets. I am going to the Police Commander to report this issue, so they do the needful. Ghanaians should talk to them that they should move out quietly or there will be chaos in the country,” Ms. Nabla said on Citi FM.

The latest of the series of suspensions happened again when a meeting was held in Kumasi on Tuesday, September 7, 2021 by some Executive Members who also decided to suspend Mr. Dani Baah and Mr. Apasera.

Those who took the decision then said Bala Maikankan has been sworn in as the new acting National Chairman of the party.

However, a statement issued on Tuesday, and signed by the National Chairman, Moses Dani Baah, described a National Executive Committee meeting held at Kumasi in the Ashanti Region as void decision from disgruntled executives of the party.

According to him, the former General Secretary, Janet Asana Nabla is still under indefinite suspension following decision by the party’s NEC meeting held at the GNAT Hall in Accra on August 28, 2021.

“The National Executive Committee is the second highest decision making organ of the party after National Congress. As such, it is only NEC or Congress that can vary any decision taken by NEC. And since the NEC meeting at which the former General Secretary was suspended, there has not been any meeting of NEC or Congress to review the decision.

He, therefore, asked the public to disregard his suspension and reinstatement of the General Secretary since there has not been any invitation or notice of any NEC meeting sanctioned by the leader neither the National Chairman nor any organ or group as stipulated by Article 45 (1)(a) of the party constitution.

Sources say the party is taking steps to take disciplinary action against all the disgruntled executives who took part in the press conference held in Kumasi.

The party said the action of the dissatisfied executives was lawless and has brought the image of the party into disrepute.

Information available indicates that Yakubu Farudeen, Director of Communications for the Greater Accra Region who was penciled to be the acting General Secretary has been implicated in the disciplinary committee's report, making him a candidate for future suspension.

More from Opinion
ModernGhana Links
Focus on fixing the economy and not “break the 8” agenda — Dr. Sa-ad Iddrisu to Gov’t
Smart Strategies To Promote And Grow Small Businesses
The case for Raila Odinga as Kenya’s next President
TOP STORIES

Akufo-Addo doesn't have to advertise his reshuffle — Kyei-Me...
37 minutes ago

Stop threatening ECG Staff, we are losing out livelihood — N...
37 minutes ago