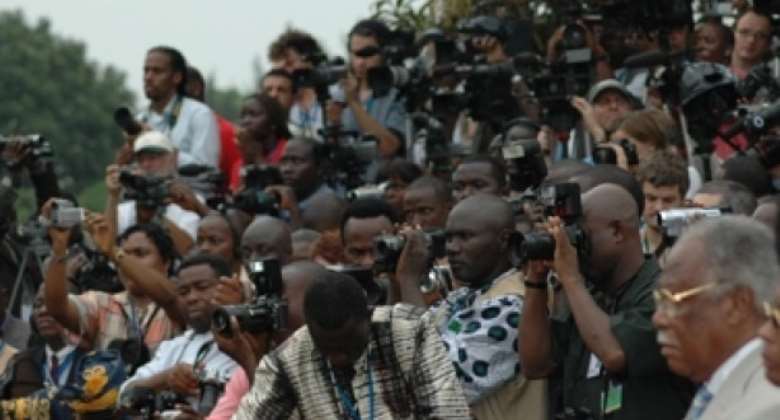 SAM JONAH, Knight of the British Empire (KBE) a respected, deep-pocketed, silk-stocking Adisadel alumnus must have stirred the hornet's nest with his speech: “Down the Up Escalator: Reflections on Ghana's Future, by a Senior Citizen” on April 22, 2021. Among other things, he had stated; “… it appears to me that in recent times in our Fourth Republican dispensation, the courage to stand up for the truth and the determination to uphold the common good is lost. In our dark moments as a nation it is concerning that the voices of the intellectuals are receding into oblivion. Sadly, it is a consequence of the deep partisan polarization of our country such that everything is seen through the lenses of politics. It appears to me that the culture of silence has returned. This time not enforced by legal and military power but through convenience, parochialism, hypocrisy and lack of conviction. Where are our Adu Boahens and PV Ansahs…” Much as we respect the views of Sam Jonah, we want to find out what he means by the expression: “… the culture of silence has returned.” We dare to ask: if Professor Adu Boahen and PV Ansah were to be alive now, would they write with the same verve as they used to do in the 80s and 90s? Or does anyone think if the “old order” had not changed, we would not have had other Adu Boahens and PV Ansahs emerging?

We have lived in this country at a time when people's mouths were “hermetically” sealed. We do not need to be taught the history of Ghana under Dr. Kwame Nkrumah: some of us lived under his governance – when just a mention of his name could send one to Nsawam: Ghana was a one party state in 1965! – giving no room for opposition views. And people like Danquah, Baffour Osei Akoto, R. R. Amponsah, B.K. Owusu among many others were thrown into the gallows, with J. B. Danquah dying “like a dog” there. And after Nkrumah's overthrow, one of his Ministers confessed to building 30 houses.

And talk about the Rawlings regime! Rawlings, whom ex-Cpl Matthew Adabuga says in his book “Rawlings: Murder and Lies”“… popped champagne after Amartey Kwei reported to him that the deed had been done (the killing of three (3) judges and an Army officer)” may be having more questions to answer for his atrocities. Take your minds back to the killing of Odiyifo Asare at Amakom-Kumasi tied to a military jeep and dragged on the streets to Kejetia where he was shot and killed openly; advising Ghanaians not to patronize 'Apino soap'; ransacking Safo-Adu's medical factory at Jachie… Rawlings's target were the rich and successful people living in Ghana. According to Adabuga, Rawlings' plan was to purge all his enemies, real or imaginary: soldiers, civilians, judges, members of the professional bodies, religious leaders, students foreigners…” And he was holding clandestine meetings with the junior ranks in the Army at the Achimota Forest. It was Rawlings who first mooted the idea of “culture of silence” in the army that had made it difficult for junior ranks to share ideas with senior officers. Professor Adu Boahen jumped at the concept and said in a series of lectures dubbed: “The Culture of silence” that if people used to open discussion of their political affairs were forced to remain silent, the country would not progress. The political backwardness was what military rule had brought.”

Rawlings, whose lackeys had rhetorically replied to the question on when Rawlings would hand over power and had said: “hand over to whom”, was forced to introduce the 1992 constitution (with freedom of thought and expression guaranteed) and to hold a Presidential election after he had transformed himself into a civilian, and had selected his men (and women) to constitute the Electoral Commission. Kwesi Pratt keeps saying that he has a long list of persons killed/ tortured to death under Rawlings; that he will not disclose this – perhaps till the second coming of Jesus!

Professor Adu Boahen was defeated in the 1992 elections but had the phobophobia that Rawlings had cast upon our country-men broken forever. According to Cameron Duodu on “The man who killed the culture of silence” in the Guardian Newspaper: “…Adu Boahen was a hero for his fearless denunciation of military oppression… he crossed the line between intellectual discourse and practical politics.”

Our decision may evoke great debate if we compare Sam to Jonah Rip Van Winkle who imbibed some Dutchmen's liquor that took him to sleep for 20 years in the Catskill Mountain only to wake up to a changed world. But Sam would have helped himself by not referring to our present circumstances as depicting a culture of silence – with freedom of speech and association enshrined in the 1992 Constitution; with a proliferation of radio and TV stations (over 300); with the air waves largely liberalised – what again suggests “a culture (or conspiracy) of silence”. No one can teach on old dog new tricks.

Ex-President Kufuor did not “boom” but unlike Rawlings, gave a statesman-like-remark when interviewed on Sam's statement: “They have their experiences, so I am in no position to say what they are saying is unfounded. For a man like Sam to speak the way you have cited him as saying, suggests that he has some evidence.”

Whose human rights are being trampled upon now? Professor Mike Oquaye, the erstwhile Speaker of Parliament notes in “Human Rights and the Transition to Democracy under the PNDC in Ghana”; “The Democratization program announced by the Rawlings on New Year's Eve in 1991 flowed from a global tide of change – the collapse of communism, internal attempts to transform African neo patrimonial regimes and military autocracies, good governance, a requirement for international aid. “ it was in simplistic terms , a far cry from the regime which had decided to “go the Ethiopian way” (Mengistu's Red Terror)!

Besides, the government has demonstrated good faith-abolishing the Criminal Libel Law under the Kufuor government alone was a monumental move; Article 163 of the 1992 Constitution declares: “All state-owned media shall afford fair opportunities and facilities for the presentation of divergent views and dissenting opinions..” and Article 165 states: “For the avoidance of doubt, the provisions of this chapter shall not be taken to limit the enjoyment of any of the fundamental human rights and freedoms guaranteed under chapter 5 of this constitution” – and human rights lawyers exist in their numbers to defend this – No more “Re – Akoto” And you know the Ghanaian public psyche-people would make capital out of the speech of eminent people like Sam Jonah to justify their claim of bad governance. But, regrettable as the killing of investigative journalist, Ahmed Hussein-Suale at Madina was, no one can accuse this government of complicity. Whoever thinks it was state-sponsored should help all of us by providing (adducing) evidence. This occurred when Ghana was ranked first on the annual “Reporters Without Border” press freedom index!

Should we not agree with Elizabeth Ohene that instead of the inhibiting culture of silence we rather have the unbridled culture of noise?