Ken Ofori-Atta – The New Name in Honesty and Integrity 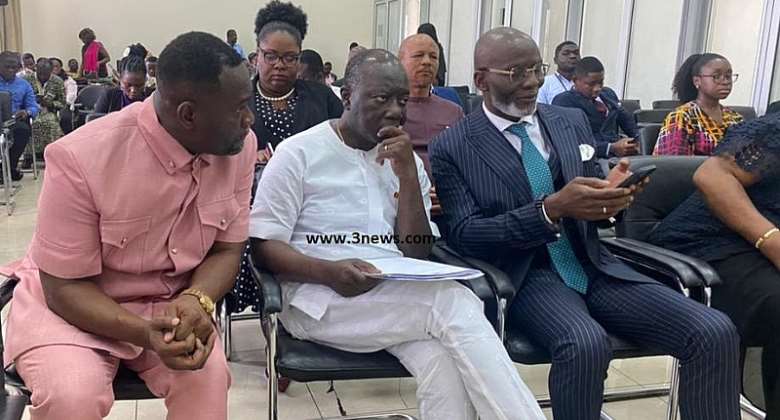 What differently has Hon Ken Ofori-Atta done that his predecessor Ministers of Finance have not except to handle his position with better integrity and whole new level of honesty which had brought better circumstances to Ghana until the unfortunate exogenous burdenes bedeviling the whole world, AND NOT JUST US!!!!

If you have well-tuned ears, the vibrations will be decoded in honesty and truth, unlike the skewed and misconstrued, willfully or ignorantly, perceptions that we rather wish to toy with to the detriment of our own cause of progress and development.

Instead of chastising Ken for overly protecting the public purse and having to adopt measures to save our lot, albeit quite stringent sometimes, we should rather be engaging in a positive discussion with ideas that would turn around our fortunes and put us ahead of many countries as President Nana Akufo-Addo’s handling of the pandemic did that propelled Ghana onto the international stage, which caused praises to be heaped on us. What has come over us in this country?

It is very true that we are like the receiver of alms. For as long as it is coming we are full of praises, but the day it stops for a legitimate reason, we crucify the payer and apportion him hell like an infidel or blasphemer!

Yesterday, at the censure of Ken Ofori-Atta, it was quite obvious that he was being questioned on allegations of wrongdoing that were thrown at him hoping he would fall, much like hurling a fishing net into the Jordan sea; what else were they supposed to get? Nothing! If we were a lot that always saw the glass half full rather than half empty, we would certainly realise that striving to maintain a steady flow of fuel at the pumps, food in the markets, constant supply of electricity as John Mahama’s dumsor was done away with, and manageable general living conditions even though these are not normal times, quite difficult make no mistake about that though, we would appreciate that the man still lives in spite of the covid that had ravaged his body because he is under the favour and cover of Almighty GOD! How else then would you explain the energy that he continues to exude as the pressure of this country takes its toll on him.

“I am truly sorry,” he said. He knows that we are suffering. It is not his fault, yet he takes responsibility for it. Ken Ofori-Atta is one man whose honesty is misconceived as conflict of interest. Fortunately, he has been absolved of that.

You see, my NPP people are gullible to the point that they wait for the propaganda of the NDC to pick and run along with, making all sorts of inferences to spread panic amongst themselves. We talk too much in this country! Why do we want to have an opinion about everything? If you do not know, learn and learn well so you do not exhibit ignorance and foolishness to disgrace the NPP!

Life is a constant learning platform. One cannot say that they know everything, but from what I see and read on social media, it seems Ghanaians know it all. How come they do not know how to conquer space like the less talkative people in other parts of the world? Argh!

Left to me alone, I would say that Hon Ken should continue in office. Well, the idea is that no one will come and do anything differently from him. Look at the British Ghanaian Finance Minister of the UK, who was sacked less than one month after getting his appointment. His must be a case study. He came in with absurdly unconventional ways to curb the British economic meltdown and in the process melted the bowels of Britons! Look at the former British PM, Borris Johnson, who was pressured to resign due to hardship in the UK. His predecessor did not survive two months. Her Indian successor is struggling to cope, and I am not too confident that he can survive the situation either. Had they kept Borris Johnson in office, although Britain would not be better, it would certainly not be in this extreme crisis like not having bread that remains a common food item in Ghana.

So please, let us endure these tumultuous days in peace and unity. In my opinion they are numbered, and the turnaround would soon be here. The same people shouting “Ken Must Go” would be laughing and praising his dexterity, forgetting that a few weeks back they were snarling and howling like bamboozled wolves not knowing why some members of their pack had broken away. Well, if you have sense, you cannot remain amongst fools!

Have you even stopped for a minute to ponder about the massive road infrastructure and how it is being paid for? You may choose not to see, but I am as unable to heal your blindness as I am unable to heal a bat’s.

Have you stopped for a minute to ponder about the unbreachable electricity purchase contracts that is putting us some one billion dollars in debt every year, a noose, which John Mahama wickedly tied to our necks? Let me say that after this is over, John Mahama and his incompetent crooks must be made to face the music in court, and where found culpable be made to rot in jail.

I am neither being a sycophant nor a paid propagandist. Everyone knows that I do not engage in such lowly acts of buffoonery. I speak my mind without fear and favor, and that is exactly the essence of this article!

Ghanaians, wake up! The wickedness of the NDC does not stop at Ken Ofori-Atta. It took us all by storm years back and we have been struggling to clear the skies since.