It’s Raining Again: Electricity Will Be Turned Off 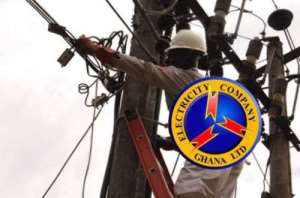 I am waiting for the ECG of Ghana to turn off the electricity- because it’s raining today. It’s only 10:23 am and I am waiting!

There was a belief system in Ghana when some of us were growing up in rural Ghana in the 1950s and later even in the cities during the 1960s, that Electricity and Water do not mix well, and hence the need to turn off all power to homes and offices and perhaps factories when it rains!

What a myth for a people! 70 years down the road of time and everybody using a smart phone, and almost everytime it rains since I arrived in Ghana in mid-March, Electricity has been turned off?

Physics was a favorite subject in high school at Prempeh College; but it was the general curiosity about physical phenomenon and life that eventually landed some of us into Engineering in America.

Why don’t Americans turn off their electricity when it rains, or when it snows! And trust me nobody has seen rains and thunderstorms till they travel through or live in some of the Southern American states like Louisiana and Florida.

Africa survives on myths, from my observations from childhood. I recall the myths about Kwame Nkrumah and how he could vanish and turn into a broom when the UP opposition folks were trying to kill him. Dr. Busia also had his myths, and so were myths about Dr. J.B. Danquah! No ordinary human can ever lead us Africans! There has to be a myth! Period!

My short travels in the greater Accra districts of Ga East, Ga West, and Ga North in the last 30 days further convince me that we Africans are still waiting till some heaven-delivered Messiah comes down to plan and do the money-Arithmetic and collect taxes together and build decent road networks for the areas!

It is amazing the roads people drive on, from the tiny vehicles they use for taxis to the Toyota Landcruiser, and not even talking about Water distribution and Electricity delivery reliability!

Jerry Rawlings made the cardinal mistake in the 1992 Constitution and concentrated all powers of the towns and districts folks in one man’s hands, appointed by the President. For God’s sake the man is dead and gone and Ghanaians expect some President to order some appointed DCE to bring moneys from Accra to build their local roads?

Instead of voting for our own elected Town and District Councils we are still waiting! This happens in rich affluent areas like East Legon or towns in the affluent Kwahu areas where even water is a problem!

At my age I can only feel sad for my country; but I sometimes laugh a little. I am totally convinced the black man is not an inferior creation of God and in over 50 years in America all the Ghanaians and Nigerians I have seen come to the US do succeed in academic as well as competitive work environments.

So what is wrong that Africans still cannot put our heads together and create decent roads and highways, deliver electricity and water whether rain or shine!

Why can’t we devise formulas and tabulate all buildings and owners and tax everybody starting with the rich!

We don’t have to create new formulas! No! The story goes that the Arabs asked Americans to help them build their cities the same way they built Los Angeles; and today look at places like Dubai! Can we use the same formulas Americans, Europeans and now Asians use to make their nations modern and beautiful? Of course it takes some humility. And will our leaders who insist on chartered Jets when they travel, be able to eat some humble pie?

Well,, err,, err, we hear some of the boys got good commission and profit for ordering pre-paid meters. Ghana is the only nation on earth where affluent homeowners have to prove their meters are not stealing electricity to ECG undercover agents with an armed police officer. This happened last week at my house!

Everybody in Ghana knows and accepts the Political parties who talk of and implement any changes of course get their share! So how dare one ask for Accountability? Even Jerry Rawlings who first coined those words “Probilty and Accountability” has died!

So how dare some of us mortals demand that electricity, water and telecommunications suppliers be made to deliver in reliable manner and roads and sanitation systems in towns and districts should be the job and responsibility of the DCEs, appointed or elected.

And who said one man should appoint 275 DCEs and supervise their work! Only in Ghana and Africa!

Myths will never end in Africa!

As I write this, the electricity has still not been turned off and I am afraid somebody is monitoring what some of us are angry and speak about!

Let me end here and go check the rains and see some of the little frogs around the compound! Somebody said they bring good luck!

And God knows I need the good luck- two vehicles I shipped to Ghana and paid $15,000 duties and taxes are both down, when nobody was using them in my four years absence. So far mechanics in Africa are still producing wonders! We found out at the last shop the catalytic converters on my small SUV had been cut off! I guess wonders will never cease in Africa! It’s 11:30 and no power cut off? Yieee!!