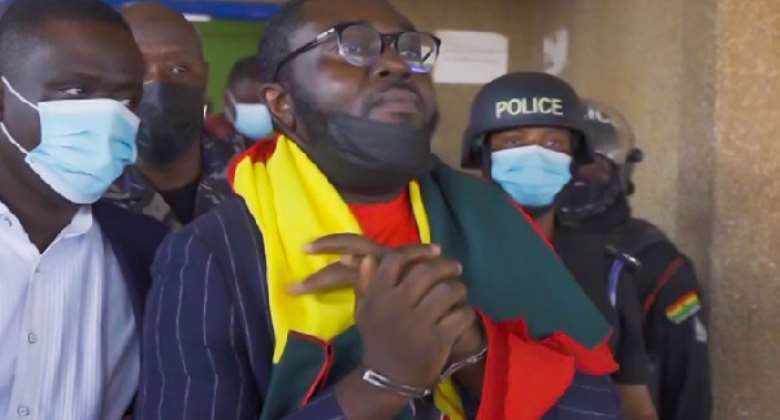 Embattled FixTheCountry Movement convener, Oliver Barker-Vormawor has been granted bail to the tune of GHS2 million after spending over a month in Police remand.

The bail which comes with two different sureties has been granted by the Tema High Court today, March 16, 2022.

Among the sureties, the court presided over by Justice Daniel Mensah has directed the accused to deposit documents of landed property within the jurisdiction.

Oliver Barker-Vormawor is also to report to police once a week on a day to be determined by police.

The grant of bail comes a day after the accused was in court for his bail hearing with his lawyers but the prosecutor for the case failed to show up.

The FixTheCountry Movement convener was arrested on February 11 at the Kotoka International Airport upon his arrival from abroad.

He was arrested over some coup comments on his Facebook page. He said he would embark on a coup should parliament go ahead to approve the Electronic Transaction Levy (E-Levy).

Oliver Barker-Vormawor was charged with a treason felony.

He is expected to be back in court for the hearing of his case on March 29.