NPP Breaking The 8 In 2024: The Reality And Mystery Every Delegate Must Know 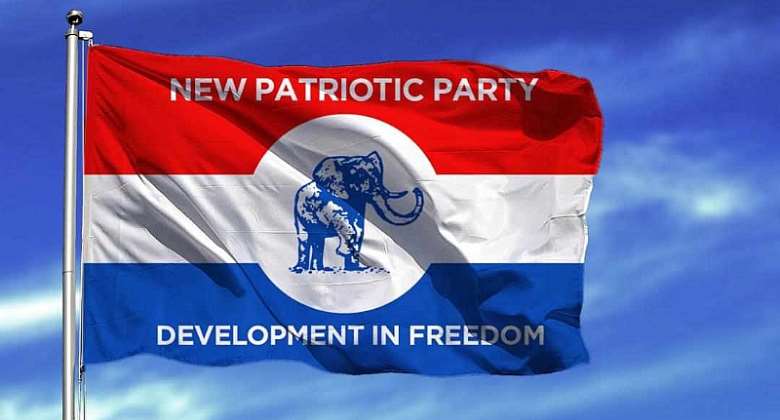 I know there is a market out there in which we are to go and sell our product (presidential candidate) for power in 2024. That’s why I always lift my argument above pettiness and flimsy reasons. The most important issue to consider in the selection of a presidential candidate, isn’t who has done what or whose time it is. At best, those petty issues can be considered for the election of a national chairman.

When it comes to a presidential candidate, the major issue has to do with the marketability of the candidate we would present on the political market. The basic economics I read in school (not PhD Economics), which doesn’t qualify me to be an Economic Advisor, has taught me that, market determines what to produce. Therefore, I wouldn’t want to behave like those who have allowed pettiness, selfishness, greed and “loyalty” to make them look and sound stupid in the face of common knowledge and common sense.

Going into the 2024 election, there are certain realities we are confronted with. To begin with, the 8 years jinx is against us. Besides, we can’t campaign so much on the economy, neither can we campaign so much on the free SHS like we did in the 2020 election. These present a form of weakness relative to the 2024 elections. There is, therefore, the need to strategically create strength within the party to hold the balance.

We necessarily need to win massively like never before in three major regions (markets) if we really want to break the 8. The last time we got so close to break the 8, we fell short of one of the three regions I am talking about. In other words, we won two of the three. If we had won the third one, we would have broken the 8 then.

The three regions are the Ashanti Region, Eastern Region and Central Region. Two of these three regions, namely Ashanti and Central, stand out to be the most significant political regions in the country.

Whereas the Ashanti Region becomes the most targeted region for both the NPP and the NDC in every election, the Central Region remains the most swing region since 1992.

Therefore, going into the 2024 election, the NPP must present a candidate who can cause or inspire a massive voter turnout in the region in their favor to cross the 2 million votes mark. It wouldn’t be enough just to win. The win must be a mammoth one. If the party succeeds in doing that, it would significantly reduce the NDC’s performance in the region and curtail their chances greatly.

What is even more significant is that the 1.79 million votes the party had in the region, was able to completely swallow the NDC’s total votes of 1.42 million in the following 8 regions with over 370,000 votes in excess: Upper West, Upper East, Northern, Savannah, Oti, North East, Bono East and Western North.

The Central Region, on the other hand, has not only remained the most swing region since 1992, it has also come to be known as the mystery region. This is because, since 1992, no presidential candidate has won election to become the president of the country, without winning the presidential votes in the region. That’s to say where the region swings, power swings.

In 2008, for example, when we were so close to break the 8, out of the 10 regions then, the we won only two, namely Ashanti and Eastern Regions. And, with massive votes from these two region, candidate Nana Addo (as he then was), led the first round with 49.3% of the presidential votes, even though the party lost many parliamentary seats to the NDC.

In that election, if we had won the mystery region, the Central Region, in addition to the Ashanti and Eastern Regions, we would have won the presidential election. Unfortunately, we painfully lost the region to the late Prof Mills, who was the son of the region. It may interest you to know that, in the 2020 elections, the NPP lost 9 seats in Central Region, but someway somehow, Nana Addo won the presidential votes there and he is the president of Ghana. The mystery continues unabated!

The NPP must necessarily win massively in Central Region to break the 8. Therefore, we must pick a candidate that would give us a significant advantage over JM in the region to win more votes than we had in the 2020 election. In other words, we need a candidate who can win with a bigger margin of victory like never before in the region.

Politics is a game of power, numbers and comparative advantage. Therefore, the question we need ask ourselves is this: Alan, Bawumia, Akoto Afriyie, Joe Ghartey, Agyarko and Apraku, which of them can help the party to have massive ADVANTAGE over JM, particularly in these three significant regions (markets), to have the massive NUMBERS to break the 8 for POWER?

This isn't a question of who came first or who has done what or whose time it is. This is a question of who can bring in the numbers (massive votes) to break the 8. All we need is POWER! If we mistakenly focus so much on the persons, we are most likely to lose the power. However, if we focus so much on the power, we are most likely to select the right person to go for the power for us. Let’s avoid opposition! The signs are worrying!

Before I pen off, let me just remind you once again that market determines what to produce. Dear delegate, before you decide to vote for any candidate, ask yourself these questions: what is the nature of the Ghanaian political market? Which candidate can easily be sold on the market for POWER?

I don’t know about you, but if you ask my objective opinion, I would say Alan Kyerematen, due to his personality, industrialization vision, job creation track record, message and consistent political slogan of jobs and cash and, more importantly, his Ashanti-Fante parental background, stands a better chance to win massively in the three major regions for the party than the rest. One again, it is POWER we want.