Celebrating International Youth Day: A Focus On John Boadu Of The NPP, An Accomplished Youth Leader 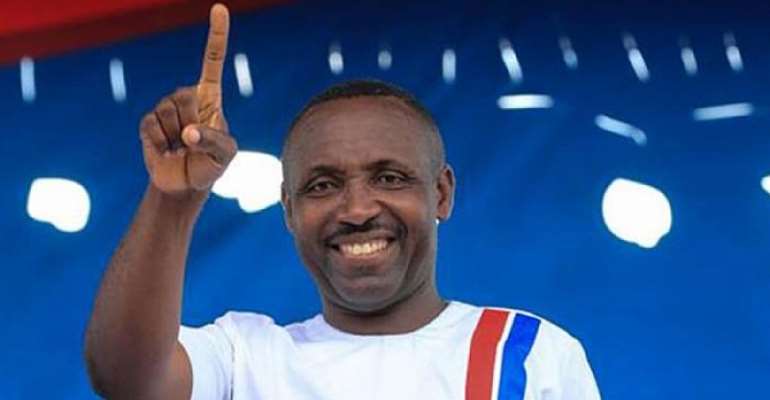 The raison d’ etre for the celebration of the International Youth Day event is to throw light on issues bothering the Youth across the world and bring same to the attention of the world. Perforce, it is the occasion to honor a great many Youth who have been and are making tremendous waves in all spheres of human endeavor. The corporate world notwithstanding, the political space is replete with dynamic Youth Leaders who have made valuable contributions to our political and constitutional development particularly since our fourth Republican emergence. The International Youth Day event as has always been celebrated took place on the 12th of August, 2021.

Apparently, this discussion is to present and showcase, non-other, than one of the Youth Political geniuses in our political circles whose political successes can hardly be underestimated. John Boadu is politically a chip of the old bloc, who has thoroughly gone through the mills as a Young meticulous Political Actor within the New Patriotic –Party fold –or fraternity (NPP and the centre right tradition/family). After the prolonged political famine and military usurpation, the party had had need for a vibrant youth vanguard to rally full support for its political activities at the advent of the fourth Republic. Across the country, the long sway of the military had held most of our youth in fear and unwilling to step into the hot political fray which obtained at the time. From a not so glamorous beginning, JB as he is affectionately called has risen through the political mill up the rungs of the ladder as a Youth Leader at Ablekuma South Constituency during the days of the politically savvy and maverick, the late Mrs. Thereza Amerley Taigo. JB thence, held several portfolios in the National Headquarters of the party in rallying the youth vanguard of the NPP. The effect is the 2000 electoral victory the party chalked after three decades of political ill-fate. A holder of Bachelor of Science in Business Administration from Ghana’s premiere university, university of Ghana, Legon, John had through the party been part of international capacity building trainings, mentorship and orientations to bolster his stature as a Youth Leader. What is peculiar and profound to him was the then availability of topnotch political personalities around the New Patriotic Party at the time- such as the much revered former president, H.E John Agyekum Kufour(JAK) and vice president , the late Alhaji Aliu Mahama, H.E Nana Addo Dankwa Akufo-Addo (1st National Organizer of the Party), Haruna Essekou, Jake Otanka Obetsebi Lamptey, Hon. Dan Kwaku Botwe (former General Secretary), Lord Oblitey Comey (Organizer Par Excellence), Davi Ama (former National Treasurer), Rita Asobayire (former Women’s Organizer), and a host of very prominent and accomplished politicians in the ranks of the NPP- from whom JB cut out his sharp political teeth.

John Boadu apparently a fast learner congregated thereby amongst the top echelons of the political terrain. Today, still pretty much a Youthful Leader, he contested on the back of the party’s 2016 electoral victory and won the General Secretaryship of the ruling party. Preceding this feat, he had held several responsible party positions and won previously the party’s ‘coveted’ National Organizer, National Youth Organizer and National Youth Treasurer Positions. Some speak to his being a ‘’strategic thinker’’ (Adwene Kesie) and his affability very much as his humility towards all and sundry. Suffice it to point out, that, the multi-billion dollar question has been whether or not, this maverick has delivered on his task for the party relative to the unparalleled performance of his forebears such as the venerable Agyenim Boateng of blessed memory, Hon Dan Kwaku Botwe, late Sir Kwadwo Owusu Afriyie (Sir John) and others. The answer is yes, and apparently in the affirmative; he has delivered from every conceivable angle one looks at it from.

Firstly, the political dynamics vary at every junction and jurisdiction. The political climate within which JB sought to lead the party was one of a boisterous internal conflagration and implosion that almost nearly brought the party to its knees. Variant factionalisms within the ranks made it difficult to navigate the managerial path, so one is not accused of been at one or the other side. In the intricate circumstance, political connoisseurs believe, that JB could hardly be found accused of a bias wading through the conflicting wedge in the party’s ranks in the past years.

Again by the 2016 National Elections, the internal skirmishes notwithstanding, the then ruing National Democratic Congress (NDC) was pretty much well resource than the NPP, running a blackmail campaign against the then opposition candidate now President, Nana Addo Dankwa Akufo-Addo. The party needed to put up great leadership even while it pursued electoral reforms.

In the midst of all of this, and with great fortitude, JB was and has been able to pull through this milieu and has held the party together with the cracks now invisible and paling into insignificance. He has to be applauded since this peace seems to have transcended and cascaded into the general party fibre. John Boadu, is confident, knowledgeable, eloquent, affable, assertive and a very much proactive persona. The General Secretary of the NPP, sits on the Executive Position of the centre-right Africa regional affiliate of the International Democrat Union (IDU), the Democrat Union of Africa (DUA), as its Deputy Chairman. The DUA secretariat is hosted here in Accra.

Per the constitution of the NPP, its National Chairman heads the party hierarchy, therefore, by his style of leadership contributes to making successful General Secretaries as Chair of the National Executive Committee (NEC) and determines policy directions of the party. Particularly the success of General is predicated on the relation chemistry with the chairman of the party, The National Treasurer, National Organizer, we have had a very solid and distinguished National Treasurer and National Organizer amongst others. He must be willing and liberal enough to give acquiescence to what step the General Secretary takes. Apparently, he is the fulcrum around which good General Secretaries are made.

Instructively, it’s only fair to depose that, the Rt. Hon. Freddie Blay and his team of Executives have helped bring out the very strong qualities in JB since they both gel and swing along productively.

He has been and still is, a member to few government Boards helping bring fruition to the vision of H.E, the president, Nana Addo Dankwa Akufo-Addo and the government of the New Patriotic Party. With barely a year into the second term of the NPP, it has become of great importance the need to hold the party together so as to work in support of the government achieve its mantra of a Ghana beyond aid. Of significant importance is the implementation of the political calendar with regards to imminent internal party primaries right down the ladder from the polling stations through to the Parliamentary and Presidential primaries. JB has proven his mettle, and it’s certain, he will competently lead the charge to give the party an even keel and sound footing.

He is tested and tried! I worked under him and this is a testimony of a "Political saint".

The African Youth has great endowments which could be prodded and harnessed. JB, is indeed a shining example worth celebrating and emulating.

We wish him good luck in the years ahead as we glide through Ghana’s fourth republic.