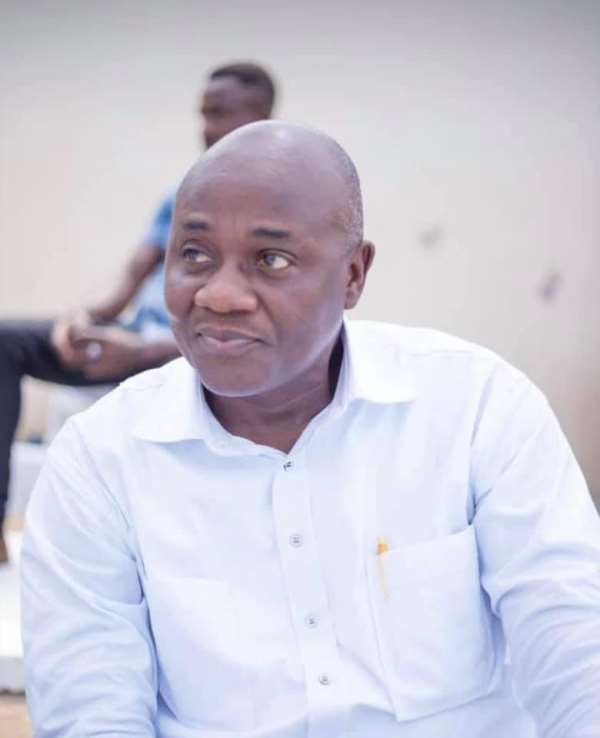 The history of political party administration and structural evolution in Ghana will never be complete without reference to Dan Kwaku Botwe, affectionately called "General". His professional and especially political experience make him a gem, a. Mentor and a reference in public discourse of Ghana.

Dan Kwaku Botwe was born on February 26, 1958, in the Eastern Region of Ghana. Today is your special day. We your mentees wish you well. HAPPY BIRTHDAY.

He was enrolled at the Presbyterian Primary and Middle Schools at Mabang in the Ahafo-Ano District of the Ashanti Region for his elementary education. He obtained his GCE Ordinary level certificate at Kumasi Academy, and furthered to obtain his GCE Advanced level certificate in 1977 in Achimota School. Dan Botwe (General) gained admission into the Kwame Nkrumah University of Science and Technology where he pursued leading to the award of a Bachelor of Science degree in computer science.

Upon the successful completion of his degree course at KNUST, 'General' was employed by the Ghana Cocobod as a computer analyst. He worked with the institution with total commitment and dexterity until 1993, when he entered into private business. Later, he was appointed as the managing director of Danmaud Limited, a private company in Accra and was in charge of the management and administration of the company.

The evolutionary effect of Dan Botwe(General) in political party administration in Ghana, is what has led to pundits and connoisseurs refer to him as a versatile genius. His entire life depicts and individual that is committed to public service with a genuine passion. While at KNUST as a student, he was elected to serve as the General Secretary of the National Union of Ghana Students (NUGS) from 1982 to 1983. Incidentally, his election coincided with the beginning of the military rule led by the Provisional National Defence Council (PNDC).

His activism and criticism of the RULING military junta resulted in him being targeted as a troublemaker and a recipe for the incitement of the of the youth, especially students against the regime. Oblivious of what his stance against the military regime could cause him, Dan Botwe went to self imposed exile with other Ghanaians who held similar critical stance to Ivory Coast-Cote D’Ivoire. He later returned to Ghana and worked as a computer analyst at the Ghana cocoa board from 1985 to 1993 before moving into a private business.

In 1998, Dan Kwaku Botwe contested and won as the General Secretary of the New Patriotic (NPP). Prior to his election as General Secretary, Dan had served in various capacities of the party including, National Treasurer of the Youth Wing, Director of operations and Director of Research at the national headquarters of the party. He was instrumental in the election of John Agyekum Kufour as President of Ghana in the 2000 general election. He has been described by President Akufo-Addo as "a heavy hitter, a political weight", for his achievement in taking the New Patriotic Party out of the opposition and into the government in 2001. During his stewardship as General Secretary of the NPP, he implemented the concept of election of polling station executives for all polling stations which was a novelty in the political party structure in Ghana. The concept has since ensured effective and participatory governance of the party right from the polling station to the national level of the party. It is refreshing to note that, the concept has been adopted by political parties in Ghana.

Dan Botwe (General) contested and served as the minister of information in the Kufuor administration. In 2008, Dan Botwe contested the Okere constituency on the ticket of the NPP and obtained 11,974 votes out of the 19,684 total votes cast, representing 60.8% of the vote, to become the new member of parliament. He went on to win two successive parliamentary elections in 2012 and 2016. He was the minority chief whip in the 6th Parliament from 2013 to 2017. As MP he has contributed to the development of his constituency in several ways.

Botwe contested the 2007 New Patriotic Party primaries for flag bearer. The primaries were organized to find a replacement for John Agyekum Kufour, who had served his full term as the party's flag bearer and President of Ghana. The contest pitched 16 other aspirants against Botwe. The elections took place in Accra on 22 December 2007. Botwe had asserted that the flag bearer position needed a more dynamic person with a deep insight and knowledge of the Party’s ideological and philosophical orientation.

In January 2017, President Akufo-Addo named Botwe as the Minister for the newly created Ministry of Regional Reorganization and Development. H.E Akufo-Addo created the ministry to oversee the division of several regions in the country in fulfilment of one of his political promises. The Volta region will be redrawn to create the Oti region, and the Western region will be redrawn to create the Western-north region.

In May 2017, President Nana Akufo-Addo named Dan Botwe as one of 19 ministers who would form his cabinet. The names of the 19 ministers were submitted to the Parliament of Ghana and announced by the Speaker of the House, Rt. Hon. Prof. Mike Ocquaye As a Cabinet minister, Dan Botwe is part of the inner circle of the president and will aid in key decision-making activities in the country.

He has been appointed again as the Local Government, Decentralization, and Rural Development minister-designate for H.E Nana Akufo-Addo's second-term administration.

We salute you the most ‘’GENERAL’’. We really appreciate and very proud of you.