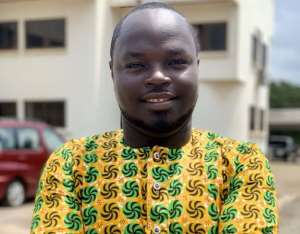 Folks, before the NPP chaps come disturbing your ears with the empty agenda 111, would love to draw your attention on a scam the president and his vice seeks to achieve.

This Nana Addo let government has taken Ghanaians for granted and continues to give us Lofty Promises. It is about time we made it known to the president that we are citizens and not spectators.

Ponder carefully, this current government has borrowed more than any government but do not have any single hospital to boast of. In 2015, the current vice president, Dr. Bawumia in one of his addresses stated categorically without any equivocation that, $40billion could be used to build 10 regional ultramodern hospitals, build 600 secondary, construct roads and there will still be a change. Mr Vice president, what has changed?. What has all the money that have been borrowed used for?. We will all recall that in the heat of covid, this government promised Ghanaians 88 hospitals and none of them has been started. We are tired of your lofty talks Mr. King Promise.

Sod was cut for the Shama District Hospital, La General Hospital, Eastern Regional Hospital and the Twenty District Hospital in the Ashanti region. For a year now, no block has been laid after the extravagant sod cutting ceremony. Mr President, why do you then go back to cut another sod for the Twedie District Hospital? Are you interested in wasting the poor taxpayer's money or you are playing 'politrics' on us?

Come to think of this, the current government hasn't been able to put up a single hospital in the past 5 years and they have without shame, come to boldly lie once again about Agenda 111

This government promised God a cathedral and nevertheless redeemed his promise to God. It is therefore not surprising that he is telling lies to ordinary Ghanaians. Mr President, enough of the rhetorics, start showing actions!

During the administration of His Excellency the former president, he borrowed an amount of $80billion and we could all see the significant changes that were made in the health sector. Thank you Mr. Nation Builder, His excellency the former President John Dramani Maham.

I would want to use this opportunity to encourage all Ghanaians to keep calm and believe in the next NDC government. We will continue with the good works that were undertaken in all sectors of the economy.

More Opinion
ModernGhana Links
Why should religious tolerance be encourage in Ghana
Can Hemp (weed) Help In The Fight Against Corona?
Police and investigating witch-bloodletting in Ebonyi State
Benchmark value: The facts the ordinary Ghanaian should know
A Sad Day For The Environment
Medical Education In Ghana, The Preserve Of The Rich And Privileged
China and the US Competition over Africa
Ankara’s rising defence trade to Africa, is it drone diplomacy?
Why is Management Silent about accommodation brouhaha?
TOP STORIES