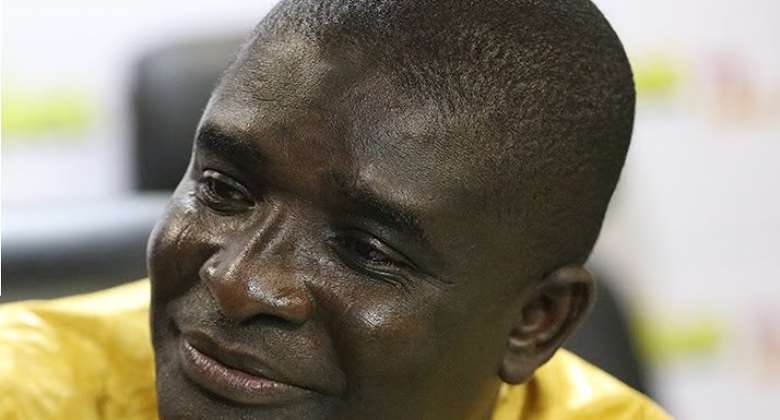 A Deputy Communications Director of the New Patriotic Party (NPP), Kamal Deen Abdullai, has stated that arguments being made against the 17million dollar cost of each district hospital being built under the Agenda 111 project is immaterial.

He explained that the fact that some other hospitals were built with relatively high cost, 35million dollars, does not mean that similar hospitals cannot be built at a lower cost.

Speaking on the Key Points on TV3 Saturday, August 21, he asked critics to be optimistic that this project will succeed.

He told host Dzifa Bampoh that “You can’t just sit down and say that because Sham was being built with 35million dollars then we cannot build a hospital costing 17million dollars. That will be a very vague argument you will be making

“All the discussions that have gone suffices that we can use 17million dollars to build this facility and expert also said what we have done it meets the standard juxtaposing same to many international standards.

“It is also feasible to have a hospital costing 17million US dollars.”

Meanwhile, the government of Ghana has been told to properly maintain all the hospitals that will be built under the Agenda 111 project.

This caution was given by the General Secretary of the Ghana Medical Association, Dr Justice Yankson while also speaking on the Key Point on Saturday, August 21.

Dr Yankson explained that many times, in Ghana when new facilities are built, they are left unattended to in terms of maintenance.

That, he said should not happen relative to the Agenda 111 project.

He said “What I will urge this government is that in all this 111 projects, generally speaking, there should be value for money and as much as possible we should avoid unnecessary cost over-runs. A lot of times we do these things and we go back to plough back a lot of the funds we have for operational ends.”

He added “Beyond the structures and everything when operationally you have difficulties then you are also not given the service that you want.

“The next one is the culture of maintenance. Many at times we build facilities and we have ceremonial activities and all that , officialdom will lead , go back to the place a couple of years and it is in a very terrible state . So there should be clear activity when it comes to ,maintenance and these guidelines we should enforce them such that it becomes mandatory to have that culture of maintenance in our community.”

President Nana Addo Dankwa Akufo-Addo on Tuesday August 17 commissioned the Agenda 111 project which will ensure the construction of 111 hospitals across the country.

During the commission of the project in Trede in the Ashanti Region, the President said among other things that the project will be providing 20,000 jobs for health professionals when completed.

He said the Ministry of Health is going to recruit more doctors, nurses and pharmacists when the project is done.

He also said that more indirect jobs are also going to be created by the project implementation.

The president further indicated that the Covid-19 pandemic has exposed years of under investment in Ghana’s health sector.

To that end, he said his administration is improving on the investment in the health sector of the economy.

He said “I am glad that the biggest ever investment in the nation’s healthcare is being made. We have met this morning because of the ravages of Covid 19 which has affected every country on the planet. For us in Ghana not only has the pandemic disrupted our daily lives, but it has also exposed the deficiencies with our healthcare system because of the years of underinvestment and neglect

Health Minister Kwaku Agyeman-Manu has said during the event that the surest way for the government to improve on healthcare delivery is to provide infrastructure.

To that end, he said the government is committed to providing the needed health infrastructure.

He said “As you know, a healthy people guarantee a healthy nation and government being mindful of this fact has proved to show to the people its commitment to improve the health status of all residents in the country.

“The surest way to improve healthcare sis through providing new infrastructure or improving just existing ones across the length and breadth of the country.”

On Sunday August 15, Information Minister Kojo Oppong Nkrumah revealed that an amount of $100million has been budgeted for the Agenda 111 project to provide 88 hospitals across the country.

He announced that the government has secure 88 sites as part of the move to construct new hospitals, adding that the titles to the parcel of lands have also been secure.

Addressing a press conference in Accra on Sunday August 15, Mr Oppong Nkrumah who is also Member of Parliament of Ofoase Ayirebi said “The agenda 111 project which aims at providing 111 district hospitals will commence on Tuesday 17 August 2021. The project will also see to the provision of two specialized hospitals, one for the middle belt, one for the northern belt. These are psychiatric hospitals and then the redevelopment of the Accra Psychiatric hospital.

“There will also be the development of the six new regional hospitals and one extra regional hospital for the Western region. The district hospital project as you recall was first announced in April 2020 by President Akufo-Addo during his 8th Covid update to the nation. It is programmed to take between twelve months to complete each one from the point of commencement Since this announcement the project implementation committee chaired by Chief of Staff Madam Akosua Frema Osei Opare has been delivering a number of objectives

“They have also been procuring the services of consultants. The master project itself has its consultant then for every one of the 111 sites, like it is done in every construction project you need the consultant and the contractors working on it, they have also been delivering on this. They have also been working to secure funding for it and commencement funding of $100million dollars has been made available to the project through the Ghana Infrastructure Investment Fund. For the project themselves, it is budgeted US$17million for each of the district hospitals, the district and specialized hospitals are being funded by the government of Ghana.”

President Nana Akufo-Addo in his eighth Covid-19 address to the nation last year announced the construction of hospitals in some 88 districts across the country.

“There are 88) districts in our country without district hospitals; we have six (6) new regions without regional hospitals; we do not have five infectious disease control centres dotted across the country; and we do not have enough testing and isolation centres for diseases like COVD-19. We must do something urgently about this. That is why Government has decided to undertake a major investment in our healthcare infrastructure, the largest in our history. We will, this year, begin constructing 88 hospitals in the districts without hospitals,” he said.

President Akufo-Addo also reiterated the government’s plans of building regional hospitals in the six new regions to boost healthcare delivery in the country.

“Each of them will be a quality, standard-design, one hundred bed hospital, with accommodation for doctors, nurses and other health workers, and the intention is to complete them within a year. We have also put in place plans for the construction of six new regional hospitals in the six new regions, and the rehabilitation of the Effia Nkwanta Hospital, in Sekondi, which is the regional hospital of the Western Region.”

Additionally, President Akufo-Addo gave an indication that work will soon commence on three infectious disease control centers for each of the zones of the country to improve Ghana’s testing capacities with regard to contagious illnesses.

“We are going to beef up our existing laboratories and establish new ones across every region for testing. We will establish three infectious disease control centers for each of the zones of our country, i.e. Coastal, Middle Belt and Northern, with the overall objective of setting up a Ghana Centre for Disease Control. The recent, tragic CSM outbreak, with over 40 deaths, has reaffirmed the need for ready access to such infectious disease control centres, even though, in our time, nobody should die of the disease.”