Why 'Act 29' Unable To Criminalize LGBTQIA+ 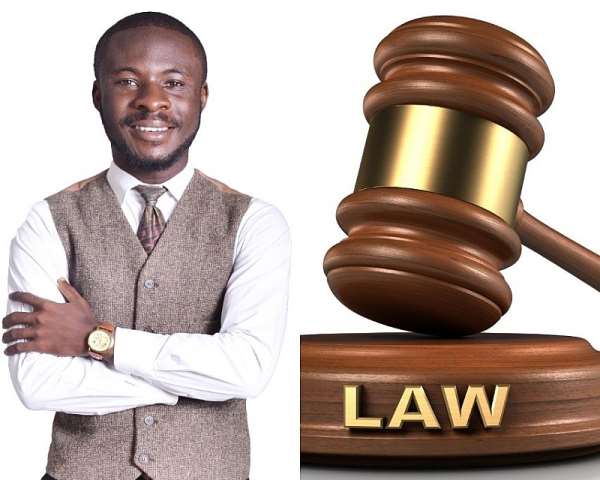 Ghana both internationally and locally has received varied attention as to its position on issues regarding LGBTQIA+ in the country. However, the nature of LGBTQIA+ as a semi quasi-sexual offence to some is a criminal offense and should not be given any sort of attention in our social and political discourse even though the act pose as a treat to the States Security.

The Primary intent of this piece is to access the inability of the Criminal Code, 1960 (Act 29), specifically section 104 captioned “Unnatural Carnal Knowledge” to criminal LGBTQIA+ even though the provision provides greater accuracy on criminalizing human errors.

The major Question of public concern is Whether or Not LGBTQIA+ is Criminal offence as per the Criminal and Other Offences Act (Act 29).

According to Section 104 (2) of Act 29 defines “Unnatural Carnal Knowledge is sexual intercourse with a person in an unnatutral manner (e.g Annal Sex) or with an animal”.

The authority holds that where sexual intercourse is done in a way different from the normal (orthodox) way of a man inserting his penis in the vagina of a woman, it is regarded as one of unnatural and can be associated with sodomy or homosexuality.

Again, the offence of unnatural carnal knowledge is gender-specific, in the sense that, the female sex organ is not capable of penetrating a sex organ or anus of another person or animal, hence a female cannot be convicted on grounds of unnatural carnal knowledge. This means that, 2 females engaged in the act of lesbianism can’t be held culpable under this act even though Lesbianism is a component of LGBTQIA+.

Sexual offences in our laws are diverse with various punishments for offenders, ranging from misdemeanour to terms of imprisonment of 25years or Life Imprisonment.

However section 104 of Act 29 is limited on grounds that, is captures only a component of LGBTQIA+ which is Gay, neglecting others hence the need for a law criminalizing the act entirely.

In recent times, whether or not to legalize LGBTQIA+ has taken an incredible trend in the countries social discourse as a section of the public believe the act to be a violation of human right whiles others see it as a human sexual preference. Yet some honourable members of parliament have discouraged the legalization of LGBTQIA+.

Among the anti-crusaders of the act is the Honorable Member of Parliament for Ningo Prampram who has on countless times insisted that the 1992 Constitution of the Republic of Ghana does not consider same-sex relationships as a fundamental human right.

The honorable Member of Parliament asserts that homosexuality is not a fundamental human right and called on human right activist and legal practitioners contending his position on the matter to prove beyond reasonable doubt the exact portion of the 1992 constitution which say’s otherwise.

His comment comes at a time when members of the general public are expressing diverse opinions on a private member bill sighted on social media against the involvement, promotion, propagation, advocacy, support or funding for LGBTQI+ related activities.

The Bill further suggests that persons who engage in activities that “promote, support, express sympathy for or call for a change of public opinion towards an act prohibited under the Bill”, are liable on summary conviction to a term of imprisonment of not less than five years or not more than ten years.

Meanwhile, Cambridge Researcher, Oliver Barker-Vormawor, has indicated that should the Anti-LGBT Bill be passed in its current form, sex between a man and a woman would be as illegal as sex between same-sex couples.

A pansexual in the proposed Bill, is defined as “a person who engages in a sexual or romantic activity with persons of any gender identity or expression, including persons who do not fit into the binary sex categorisation of male and female.”

“By this view, if a guy engages in sex with his wife, obviously the wife is of a different gender. So by that intellect, the law is implying that this is a pansexual activity. So what I am saying is that they have ended up banning sex in its entirety because of the improper definition they’ve done. This problem persists throughout the Bill,” he told JoyNews.