Sudan and Ethiopia: Courageous decisions must be made for the sake of peace 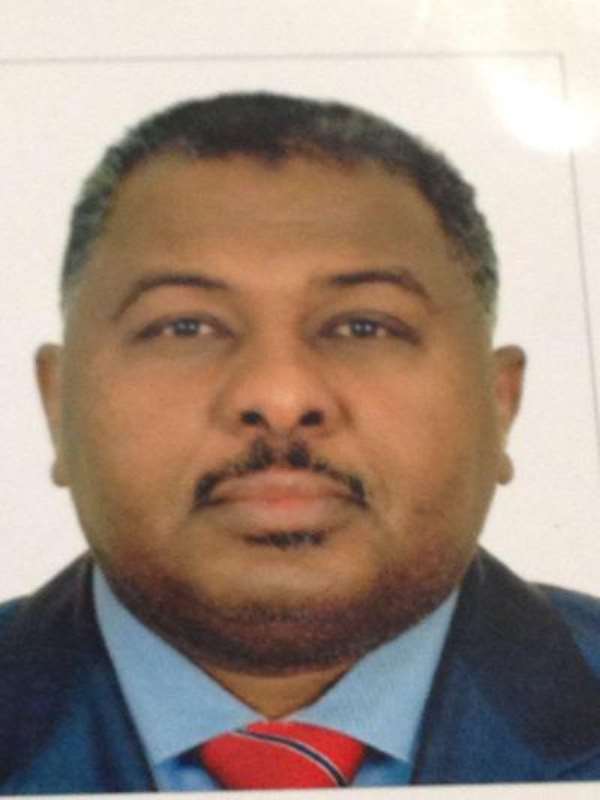 An Amharic (Ethiopian) proverb says" the whip cries as it lashes" matches and corresponds with a Sudanese proverb which says “he hit me and howled, and rushed first to cry foul”.

The occasion that necessitated the above citation is the remarks made last Wednesday by Mr. Ibrahim Andris, member of the Ethiopian Boundary Commission, in which he accused Sudan of invading Ethiopian territory and violating the agreement signed between the two countries in 1972. However, these allegations are not only baseless, distortion of truth and thereby flawed conclusion, in fact they are a futile attempt to manipulate international public opinion.

If truth be told, Sudan has made it clear from the very beginning that it cherishes no aggressive intentions towards sisterly Ethiopia; The current redeployment of its armed forces in the east comes solely within the framework of its constitutional responsibilities and most importantly within Sudanese territories.

Likewise, accusation to Sudan of non-compliance with the 1972 Agreement after all these years, contained many inaccuracies and is rather a twisting of truth. As a matter of fact, legally and historically, the agreement of 1972 cannot be seen in isolation of the parent agreement of May 15th of 1902.

Available documents reveal that Emperor Menelik II told John Harrington, the British Chargé d' Affairs in Addis Ababa at that time, and due to the lack of a competent Ethiopian expertise in border demarcation by then, and since Major Gwen - who enjoys his full confidence - according to the Emperor, Gwen was thereby mandated to represent Ethiopia in delineating and demarcating the boundary markers with Sudan.

To that effect, British documents still retains a copy of Menelik’s letter of instructions, written in Addis Ababa on November 7th of 1902, directing his local chiefs, leaders and subordinates to accept the demarcation made by Major Gwen.

By the same token, it is increasingly important to note that the memoranda exchanged by the two Foreign Ministers of both Sudan and Ethiopia on July 18th of 1972, was fundamentally founded on the acceptance of Major Gwen’s planning; namely the treaties of 1902 and 1907, as the border line between Ethiopia and Sudan regardless of its perfection or imperfection.

Those Ethiopian pledges were issued in the aftermath and momentum of the OAU’s resolution of 1964 on the inviolability of the colonial boundaries. It is increasingly important to recall that with an exception of Morocco and Somalia, all the member States (including Ethiopia) declared their commitment to respect and maintain colonial boundaries, existing at the time of their independence.

Unmistakably, throughout the colonial era and beyond, Ethiopia’s appetite to gain more Sudanese lands was quite evident; upon request from Emperor Menelik II and by virtue of the very 1902 agreement, the British colonial authorities, ceded to Ethiopia the Benishangul region which was famous for its mineral wealth (gold) and where the controversial Ethiopian Renaissance Dam is currently constructed, despite its historical subordination to the Sudanese Funj Sultanate ( Monarchy) which reached its peak in the late 17th century.

In fact, even after independence, Sudan continued to voluntarily surrender more of its precious lands to Ethiopia in 1957 and 1972 as a token of friendship and brotherhood and to encourage Addis Ababa to make headway on its previous pledges; the delimitation of the common borders with Sudan.

According to the Ethiopian official Mr. Andres, the Agreement of 1972 calls for the continuation of the situation on the ground until the two countries reach an amicable solution to the border issue. Acceptable for the sake of argument, but the question that imposes itself in the first place, for how long? It’s already fifty years ever since. More importantly, what if one of the parties is the one who benefits from the continuation of the status quo at the expense of the other? Mr. Andres, they say "It takes two to tango".

While Sudanese delegations continued to seek all available diplomatic and political avenues to reach amicable solutions on the issue, the reluctance and hollow promises of their Ethiopian interlocutors continued to prevail. For the last thirty years or so, Addis Ababa kept on stalling or at best dragging its feet - on one pretext or another - to escape their obligations towards Major Gwen’s plans regarding the erection of boundary markers. Regretfully, it gradually became a strategy and modus operandi.

Another aspect of that procrastination was due to the complexity of the internal political landscape; Addis Ababa kept on appealing to Khartoum to exercise more patience – until its policy of containment at one stage and eventually appeasement, succeeds in restraining threats and turmoil caused by certain ethnic group in the country. These very polices gave and continue to give - in a way or another- that ethnic group a free hand to tamper with Sudanese lands in Al-fashaqa.

To cite an example, in one of the many rounds of negotiations when the Ethiopian side continued to plead with its financial constraint and inability to meet its obligations towards financing the joint technical team of surveyors. The Sudanese government, in order to put an end to these flimsy justifications, offered to unilaterally bear all the team’s expenses, which was then estimated at six million dollars yet, that kind gesture again proved fruitless.

On the ground in Al-fashaqa, over the past two decades, the so called Ethiopian bandits, rogue and out-law militias, kept undeterred to practice the scorched-earth and terror tactics inside Sudanese territories, forcing the Sudanese citizens out of their homes and farms in fear of their lives. However, the most alarming of all being that the Government in Addis Ababa turned a blind eye while fellow Ethiopians sought and considerably managed to transform the physical and demographic landscape in the Sudanese region of Al-Fashaqa.

Again, it is appalling that in the full view of Government in Addis Ababa, Sudanese sovereignty was compromised; much like legalized settlements, Ethiopian villages and towns were established in the Sudanese Al-Fashaqa locality and provided with integrated services like tarmac roads, water and electricity, enhancing its Ethiopian features.

What began as a simple infiltration of three Ethiopian farmers in 1957, gradually but systematically expanded to swallow about 95% of the region in recent years, rendering it completely isolated and outside the control of the Sudanese sovereignty.

Ethiopian Prime Minister Abiy Ahmed’s written speech to the Sudanese people in Arabic a few days ago has been well received, affirming the sincerity of his government in its endeavor to dry up the focus of differences, permanently stoping the clashes on the border areas and turning them into spaces for cooperation, social and economic solidarity between the two countries.

Sudan is looking forward to Abiy Ahmed to promptly translating these promises within the framework of his declared policy of "zero problems with the neighbors”, which exclusively qualified him for the Nobel Peace Prize, to become a source of pride for the entire African continent. Courageous decisions must be made for the sake of peace.

Akuapem Poloo conviction should serve as a deterrent to nude...
39 minutes ago