Sudan and Ethiopia It’s never too late to think big 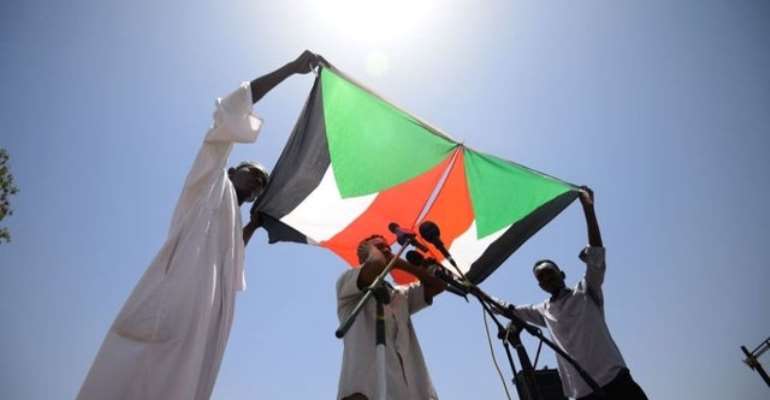 Sudan remains keen and committed to develop and strengthen its historic relations with Ethiopia, therefore there should be no mistake, that Sudan is not in a state of war with the sisterly neighbor; the ongoing military operations carried out by the Sudanese army in its eastern borders, is exclusively targeting Ethiopian out-lawed militias and bandits that have been - for over two decades - wreaking havoc and terrorizing local Sudanese population inside Sudanese territories.

The current redeployment of the Sudanese armed forces at Al-Fashaqa, supported by broad and overwhelmingly unity and solidarity on the home front, greater than ever before, is driven by the national spirit and its salient responsibility of defending Sudan’s territorial integrity and sovereignty.

As a matter of fact, it is a necessary corollary to two decades of repeated attacks by these gangs of out-laws that turned the lives of simple Sudanese citizens in the region into a living hell; expelling Sudanese farmers from their lands, especially during the harvest season, in order to loot these ripen yields and livestock, besides other heinous crimes such as kidnapping and blackmailing Sudanese citizens for ransom.

The bottom line is that Al-Fashaqa remains irreconcilable Sudanese land; all forms and manifestations of Ethiopian presence in region- which began with a limited infiltration of Ethiopian farmers in1957 and the gradually inflated to end up today, occupying with the help of these militias and the local state army, tens villages and a million acres of farmland in the eastern localities carries at the end of the day, no legal justification.

Arguably, the fact that some Sudanese businessmen in the region have resorted to take advantage of the Ethiopian workforce in cultivating their extended lands for many years - in one way or another - does not justify - at the end of the day- the claim that these lands belong to Ethiopia.

Tracing the history of these attacks, local populations -for their own safety - were forced to abandon their lands and villages in a perhaps a systematic process of changing the structure of population. The said process must have taken advantage of- among other factors- the absence of the central authority, its rough and inaccessibility terrain especially during the rainy season and at times, the preoccupation and distraction of Sudanese security apparatus, with other protracted internal conflicts in different corners of the country.

The late Prime Minister of Ethiopia Meles Zenawi in his speech to the House of Peoples' Representatives in November 2008, categorically denied the accusations of his opponents that he ceded Ethiopian lands to Sudan, making it crystal clear that the land from which the Ethiopian army had withdrawn and which Ethiopia had occupied in 1996 in the aftermath of the assassination attempt on the late Egyptian President Hosni Mubarak in Ethiopia in June 1995, was a Sudanese territory.

Adding insult to injury, the ambitions of certain Ethiopian nationalities over Sudanese territory of Al-fashaqa, has lately become part and parcel of the internal new political alignments, realignments and polarizations, currently taking shape in Ethiopia. Perhaps the currently raging battles in the Tegray region, could be understood, as the latest manifestation of which.

The mere refusal of some Ethiopians to recognize some border areas with Sudan, under the pretext of being drawn by the colonizer, is not only legally invalid but it could invariably open in fact a Pandora’s box – the wise men of the OAU's founding fathers, kept warning of its consequences (Cairo Resolution of 1964).

Solely for the sake of argument, such approach could question in exchange, the very legality ad legitimacy for instance, of the annexation of the Sudanese Benishangul region (where the controversial Renaissance Dam is constructed) to Ethiopia, having been attached to Ethiopia besides other more Sudanese areas in later stages, by the very same colonizer, paradoxically, within the same arrangements and framework that granted Al-Fashaqa to Sudan.

Typically, during successive and different levels of diplomatic meetings in Khartoum, the Ethiopian political and diplomatic delegations, hailing and celebrating deepening relations with Sudan, tended to voice a reassuring messages to their Sudanese counterparts; of their commitment, acknowledgement and satisfaction that Al-Fashaqa is a non-disputed Sudanese territory, asking Khartoum to show more patience.

On its part, Khartoum anxious to safeguard this fraternal and neighborly relations continued to exercise matchless patience and self-restraint, waiting too long for Addis Ababa, to undertake all what it takes; to curb and put an end to the groups that continued persistently to challenge Sudan’s national sovereignty; the groups it (Addis Ababa) itself kept on disown, describing and labeling them, as unruly and out-lawed militias. However, like all things, patience is finite.

To that effect, in the aftermath of the ambush inside Sudanese territory few days ago, which left a number of Sudanese army officers dead and wounded, Abiy Ahmed,the Ethiopia Prime Minister commented.." The gov’t is closely following the incident with (local militia) on the Ethio-Sudan border. Such incidents will not break the bond b/n our two countries as we always use dialogue to resolve issues. "

There should be no confusion; the point of contention is not about the demarcation of borders, in fact, the border line between Sudan and Ethiopia is perhaps today, the only completely demarcated border, among all the other borders of Sudan with the neighboring countries. What only has been in the pipeline for long, was the delimitation and reinstating of boundary markers and signs that have been yanked and messed with; this is where the shoe pinches.

It is high time for Addis Ababa to follow words with action, escaping forward - to that effect- and skipping out its obligation by constant postponements under different pretexts; whether the non-availability of necessary funds, or the complexities of the internal political scene in Ethiopia, proved to be futile. Ironically enough, the Sudanese side was always required to accept such procrastination.

As a host country of the AU headquarters, Ethiopia is required to lead other member states by example; Addis Ababa should recall that the AU has warned that the lack of delimitation and demarcation, gives rise to ‘undefined zones’, within which the application of national sovereignty poses problems, and constitutes a real obstacle to the deepening of the African integration process.

That is why, in order to curb this dangerous trend, the African Union adopted in 2007 the Border Plan to facilitate and support the demarcation and marking of African borders, to develop cross-border cooperation and to strengthen the capacity of member States in managing their borders.

It's, therefore, no surprise, that the latest round of bilateral talks in Khartoum few days ago, was concluded without announcing any decision on the delimitation of the common borders, to the very dismay of those who are truly concerned with the prospects and potential of the bilateral relations between the two neighbors.

Ironically, on Wednesday and like all previous rounds of negotiations in the last decade or so, the copy-and-paste cliché- like the joker in the deck of cards - was called again to action in the final statement "The two parties agreed to submit reports to the leadership of the two countries" in a clear indication that new old “buying-time tactic” continues to prevail unabated.

In an era where conglomerates and interdependency have become the prominent feature of the current international economic landscape, there is absolutely no question, that there remains huge potential for economic integration between Sudan and Ethiopia, already endowed within both diversity and size - shall ideally place and turn them into significant economic giants. Realizing at the same time, the true aspirations of two peoples for prosperity and dignified life. Let’s think big and stop fighting over a Penny and Lose a Dollar.

The author has 26 publications published on ModernGhana.

Stiffer sanctions needed to punish persons who engage in tax...
43 minutes ago