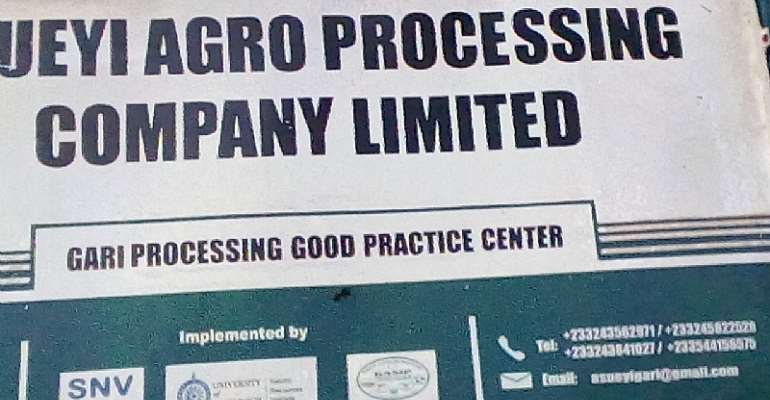 The Secretary to the Asuyie Gari Processing Factory in the Techiman North District in the Bono East Region, Mr Effah Wiafe has appealed to the government to come to the rescue of the factory.

This he lamented will help save the factory from total collapse.

He is therefore calling for the revamp of the factory which was built six years ago by a non-governmental organization in Asuyie.

According to Mr. Effah Wiafe, the Asuyie Gari Processing company should be saved as a matter of urgency to help create jobs for the youth in the area.

He revealed that the company can also boast of 5 registered private business entities namely:

"Together, in summary, a day, we pay at least 100 peelers, 36 Sievers, 36 Fryers, 15 dryers but I am very disappointed in the fact that the government has ignored to include it as part of the One District One Factory projects," he said.

Another challenge he identified was that they need support to buy extra land to install a reservoir plant that will store excess gas produced from the peels of the cassava used.

Adding his voice to this urgent call, the Organizer for the Asuyie Agro-processing Company, Mr Kwame Antwi, revealed that the Ministry of Agric under Hon. Afriyie Akoto promised to support them but till date, nothing has been done to show any commitment.

He was hopeful that the factory can bounce back to life after some form of capital injection.