Spike in Ghana's Covid - 19 cases and the Doubting Thomases 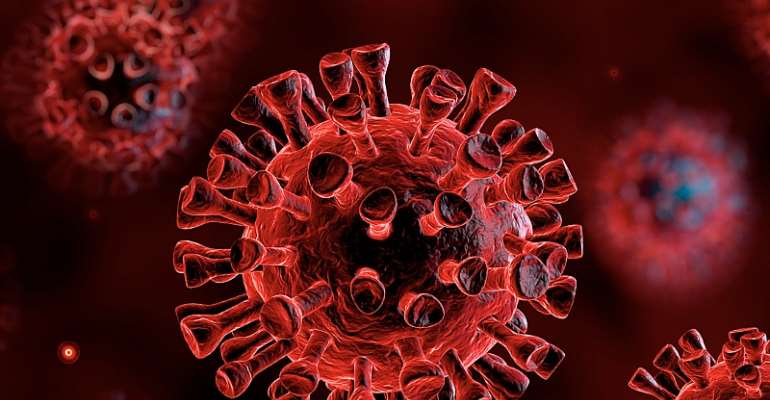 The call which came in with the tone of his voice initially sounded funny. But when he started telling me how his kid sister was taken away by the health workers in an ambulance got me scared. He said, “Kojo, it appears my sister has Covid – 19 and was showing symptoms which I regarded it as normal cough until I was told by the health workers that, Jacky has had contact with a Covid -19 carrier.”

I was scared because we had gone out on our usual weekend the previous week, to take in some 1931. So I was asking myself after the line dropped whether I was a victim, because he could be.

My good friend haboured fear until his results was released as negative.

Until that day he witnessed his sister’s situation, he never believed Covid – 19 was real and with us. His posture reminded me of the popular saying “seeing is believing”

In the good old book, the Holy Bible, a story, is told of one of the followers of Christ, Apostle Thomas, who never believed that Jesus Christ had really resurrected from the dead and had appeared to ten (10) of the other apostles until he could see and feel the wounds received by Jesus Christ on the cross of Calvary.

With this attitude of doubting the word of God that time, even though he was not just an ordinary follower of Jesus Christ but a disciple for that matter who was an eye witness to the power that Christ wielded, he wanted to have a feel or see before he could testify to the truth of Christ’s resurrection.

That stance by Thomas, since old has been used to describe anyone who in real times have read or heard about something but still has doubts, just because the news or situation does not affect him or her directly; Doubting Thomas.

This is the reality many Ghanaians are seen living with today as they continue to doubt the existence of COVID–19 in Ghana despite the number of cases being recorded and the number of people perishing daily.

Although science and data place Ghana on a safer side, regarding those who are dying and the recovery rate, persistently, Government of Ghana together with the Ghana Health Service are asking people to adhere strictly to the preventive protocols in order to stay safe and save the rest around us.

However, the more new cases are recorded and reported and advice sent out, the more the doubting Thomases continue to disbelieve the numbers and thrown caution to the wind with impunity.

After the first COVID–19 cases were reported in Wuhan Province in China in December, 2019 many Africans including myself really thought it was one of those Asian diseases where they themselves would deal with and that, we in Africa could not be affected.

When a certain fake story made rounds that, the virus could not survive under hot weather conditions and knowing very well that we have higher temperatures in Africa, we all believed and thought it was not the black man's disease.

It was only a matter of time for us to wake up to the reality, after Ghana recorded her first COVID–19 cases in March 12, 2020.

Well for me, I needed not to be told. Reading the online news portals, listening to international and local news outlets, I realized the disease was and is deadly and we need to stick strictly to the protocols laid by the World Health Organization (W.H.O) to stay safe and leave the rest of the matter to God.

Currently, the world recorded cases stands at 27 million plus with daily new infections surging on unabated.

Ghana's corona virus case count as at Sunday September 6, 2020 stood at 44,777 with 283 deaths where government has virtually eased restrictions for us to live our normal life with monish.

Before this recorded cases, Government of Ghana with its impressive management of the disease allowed final year students at the various cycles of educational institutions to go back to school to complete their topics and sit for final examination.

Many kicked against this action, considering the attitude of Ghanaians and the many in the society who still do not believe the disease is here in Ghana and wiping away bread winners and loved ones.

The World Health Organization (W.H.O.) has already warned that Africa could be the next epicenter of the pandemic. Maybe because of lack of infrastructure to for the affected number of people to contain the spread and the attitude towards the disease. This could be true.

But localizing the discussion, on my part, Ghana will continue to record more cases and maybe active ones and probably deaths if very strong measures are not put in place to deal with the doubting Thomases in society.

Joy News TV, some few months ago, covered the process of burying those who died of Covid -19 at the Awodome cemetery in Accra and I must say my fear for the disease inched up. I know I was not the only one who watched it. Others did and even if one did not, he or she would be told of the sad event.

Upon all these glaring testimonies, what you hear people still say is likening the Covid -19 pandemic to malaria, a disease which has a cure. What baffles me most are the activities of our market women (traders) at the various market places who are at high risk but would still not heed to the wearing of nose mask and keeping social distance at the market.

The market place may obviously be one place where many get infected and in turn distribute to other members of the society.

In his last visit to our homes, the update 15, President Nana Addo Dankwa Akufo - Addo made us aware that, a survey conducted by the Ghana Health Service (GHS) on the use of face masks in selected parts of the Greater Accra Region revealed that, about 82% of persons monitored, possess face masks.

He, however revealed only 44.3% of persons who have the masks use them correctly. The survey, I wish was conducted nationwide.

Now, who were those who did not use them and what were their thoughts about the pandemic?

Just last Friday September 4, 2020, I was surprised when the lady at one popular supermarket in Tarkwa asked me to go in and shop without washing my hands.

No the point is that, I was ready to wash my hands before entering but the veronica bucket had been removed from the place it was and placed on some things at one corner. I really couldn’t believe this. Is it that now the management of that supermarket believe Covid -19 is defeated or what?

Well, I have always disagreed with the Ghana Government’s position to “Spread Calm” rather than “Fear”. This I don’t “carism” and the Doubting Thomas attitude towards the fight against Covid -19 cannot be won if fear is not put into our people.

The Doubting Thomas is not in alone, he is also going round brainwashing others to believe in his ideology. Many will believe what they say and will also influence others which clearly, will puncture the effort government is making in dealing with the disease.

I believe the time is now if there is any way, to deal with Doubting Thomases in the society to prevent them from polluting the minds of others as we fight COVID – 19.

We must know that, this is not the time to want to see COVID – 19 patients with our naked eyes or those who have died of it in roll before we will believe.

Well, my friend is happy again because his sister has recovered. Today he takes his nose mask and hand sanitizer anywhere he goes unlike the first.

He and his sister are lucky to live again. You may not have that opportunity.

Just know, Coronavirus is here in Ghana and living with us.

West Gonja: We didn't know the bags of rice were for our chi...
14 minutes ago