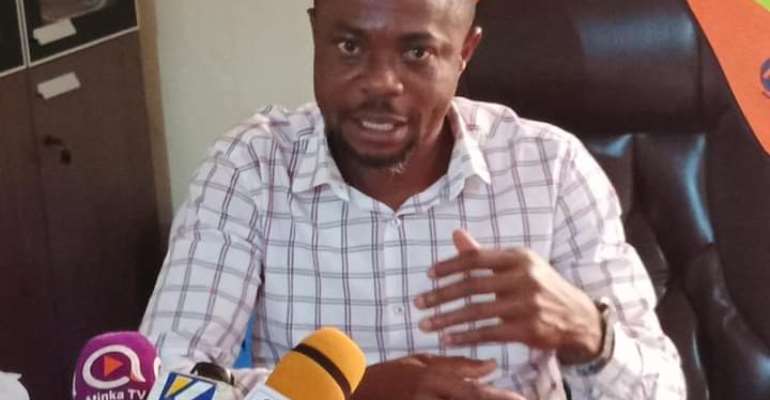 The ruling New Patriotic Party (NPP) of the Asunafo North Constituency in the Ahafo Region, has officially inaugurated their campaign team.

The team has been tasked to hit the ground running by campaigning vigorously to get more votes for President Nana Addo Dankwa Akufo-Addo and the parliamentary candidate, Hon. Evans Opoku Bobie (MP) for the Constituency.

Members of the campaign team consist of, all Constituency Executives in Asunafo North, Electoral Area Coordinators, all Polling Station Executives, communicators, and some other important personalities within the Asunafo North province of Ahafo Region.

The member of parliament for the Constituency, who doubles as the Ahafo Regional Minister, Hon. Evans Opoku Bobie expressed his heartfelt gratitude to the entire campaign team for dedicating themselves to the task ahead.

He made an emphatic statement that the Asunafo North Constituency has seen massive development under the first term of President Akufo-Addo, therefore, His Excellency, the president deserves another term of office.

In addressing the media, Hon. Evans Opoku Bobie (MP) commended H. E. Nana Akufo-Addo for the construction of the Ultramodern Science and Technology Senior High School at Akrodie in the Asunafo North Constituency.

The construction of the Ahafo Regional Agricultural office, Construction of lecture hall at Goaso Nursing Training and Midwifery College, among others.

The Constituency Chairman, Henry Agyapong Prempeh called on all the team to do their work without any fear.

Mr. Owusu Sekyere, the NPP Ahafo Regional Chairman assured the team of his full support to make the agenda six over six a reality. The former MP, Hon. Robert Sarfo Mensah charged each and every individual to get involved in the 2020 NPP campaign.

Mr. James Tweneboah Kodua, the Constituency secretary concluded by reminding the NPP youth to lead the campaign because Victory for NPP is a victory for the youth.