Stop The Lies: There Is No Economic Miracle In Rwanda 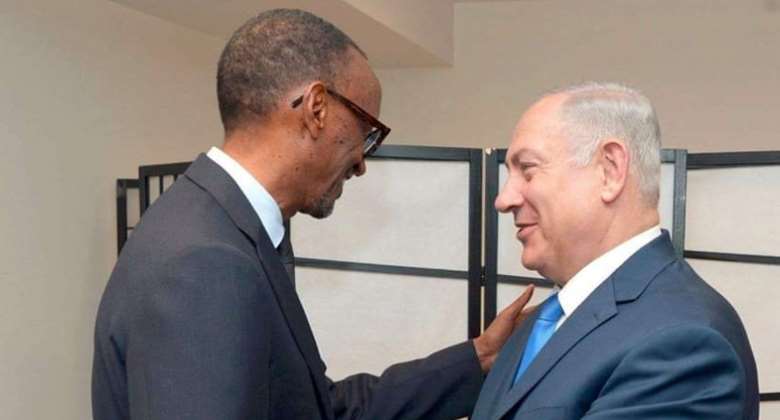 In recent years, western media has been harping on about the economic miracle that is Rwanda. However, one simply has to question the efficacy of imperialists celebrating African economic progress. Especially when you consider that since the end of colonialism they have jointly sabotaged economic development on the continent to keep it incapacitated.

Even more compelling, 27yrs ago the world watched a nation of uneducated subsistence farmers, eeking out a Malthusian existence, murder a million of their fellow countrymen out of sheer destitution caused by their Belgian colonial legacy. All of a sudden, this state that was engineered to fail like Congo, has supposedly risen out of the clutches of neo-colonialism to become Africa’s poster child. All with the approval of imperial powers?

Surely on a continent where progress is stage-managed and controlled neo-colonially, such change is an anomaly begging inquisition? The whole affair simply looks a bit too good to be true and the old adage: if it looks too good to be true, it probably is, applies.

Why would the west be so approving of Rwandan success today? Yet not too long ago they were happy to selectively evacuate a handful of Belgian & French citizens from the same country. Leaving a million Rwandans to be butchered in a genocide resulting from their divide-&-rule, tribal, colonial policy that was designed to ensure future failure of the colony.

Not to mention that French neo-colonialism on the continent continues unabated. Stifling economic development in every single one of its former and still CFA colonies, supported by what is currently the greatest military deployment of US soldiers and assets on African soil via Africomm.

To address my curiosity, I decided to delve into some research on the numbers and structure of the Rwandan economy. The aim was to establish whether Rwanda is really a nation undertaking a unique organic transformation under the tutelage of a repentant imperial west or indeed we are witnessing a fairytale.

The Rwandan story would be incomplete without the backdrop of it being a former Belgian colony at the center of the instability in the Great Lakes region. It is led by a greater-than-life military leader. Some call him a dictator, trained at the US Army Command General Staff College of Fort Leavenworth and groomed by Museveni as an ally and protege.

The nation’s biggest source of income is agriculture, which contributes 39% of GDP, employing 75% of the population in mainly subsistence agriculture. Main agricultural products are coffee, tea, bananas and coconuts which are mainly exported to neighboring countries.

The industry saw a 2% decline in contribution to GDP between 2016-2017 due to bad rains plaguing the region of late.

After agriculture comes wholesale & trade and financial services, which contribute 15% each to GDP. Augmenting these is the services sector in which tourism and hospitality contribute the lion’s share of this sector’s output.

The fastest-growing sectors of construction and real estate follow close behind as they registered the biggest growth to GDP sector contribution in 2017. These two sectors have seen Kigali’s skyline rocketing with world-class hotels, skyscrapers on the backdrop of western style infrastructure, world-class connected schools and government offices which adorn the covers of international financial and travel magazines.

After agriculture, the civil service of Rwanda is the second biggest employer contributing to Rwanda’s low 3.2% unemployment rate. A rate suspiciously lower than even the EU and United States averages.

On this note we are brought to government debt, currently sitting at 43% of gdp and growing. Trailing far behind is private debt at a measly 9%.

What Then Is Driving The Banana Republic

Now, having gone through this profile. The question that comes to mind is what exactly is driving this illusion of an economy?

The economy literally sounds like the proverbial banana republic, driven predominantly by a subsistence agrarian economy (that includes bananas) that is rainfall dependent and not vested in commercial irrigation.

90% of the human talent are low literacy farmers, farm workers, subsistent farmers and government employees with low debt. Probably largely unbankable. In a nation with high government expenditure and debt.

Who Are The Investors

How does such a stagnant money market economy drive the substantial financial services, hospitality and construction sectors in the manner that has made Rwanda Africa’s success story.

Who [in this economy] is investing in the acclaim winning skyline, real estate, hotels and infrastructure that have seen Kigali awarded the title of Africa’s most beautiful city? With what is Kigali funding the world class connected schools, technologically advanced government buildings, modern public infrastructure, and public housing?

Who is building the houses and booking into the various luxury hotels that are being built? What kind of financial services are driving the financial services industry to be the second biggest sector alongside wholesale & retail in a nation with private debt at 9% and low local banking penetration?

It is clear that government debt is the major driver of this high public spending, low production economy. Something that the IMF and ratings agencies frown upon and punish [downgrade] other developing nations for. Nonetheless, in Rwanda’s case, the economic outlook from both IMF and the three ratings agencies is stable. This is despite the fact the the nation’s productive sectors of agriculture and mining are all in decline over the past two years while public debt is growing.

What Is The Truth

So what is really going on in Rwanda because the fundamentals do not tally with the hype. There is obviously a huge spin job being done on Rwanda and as usual we Africans never see the angles when presented with the illusion of Wakanda.

If I was to take a wild guess after my above lifestyle audit of the nation. I suspect that Rwanda is involved in some illicit off-the-book activities. Such as being used by western nations as a proxy frontier for the pillage of Congolese resources and the laundering of the proceeds, therefore. This is the reason that spending exceeds output and there is such a huge financial services industry in a nation with very little economic productivity or activity.

For close to two decades now, battle-hardened Rwandan rebels (most of them members of the Rwandan army) in Congo have been the private army and resource extractors of diamonds, timber, gold, uranium, cassiterite and coltan in Congo for leading global companies. While the UN troops stationed there have become the new world order guards for the overall colonial operation.

For this service, Rwanda has been rewarded amazing PR, capital inflows from foreign investors, corrupt politicians and militia who are now investing their illicit spoils of war in real estate and facilitating government debt for public spending.

This is in sharp contrast to Zimbabwe, which was summarily sanctioned for having the audacity to put its troops in Congo to prevent western sponsored Rwandan and Ugandan rebels from toppling Laurent Kabila and seeking resource concessions for Zimbabwean companies in that nation.

Ever-since Laurent Kabila was murdered and a man who doesn’t speak Lingala (Congo’s main native dialect), raised in Rwanda as Kabila’s son. Is hand picked and anointed like a King to replace Laurent as President.

From his [Joseph’s] inauguration, Congo has seen Rwandan rebel leaders placed as high ranking soldiers and government officials. Vast, unaccounted for resources continue to leave Congo through Rwanda, where we see re-exporting forming a bulk of Rwandan exports. It’s like Leopold’s private enterprise of Congo has become Kagame’s portfolio to manage on behalf of new western owners.

This explains why the IMF and ratings agencies give such a low productive economy with such high government expenditure an all clear. It’s because the bounty of Congo has become the collateral for Rwandan public debt, which sponsors western company contracts for construction, consultancy and technology sales in Rwanda. It’s a win-win for all the parties involved.

As the Rwandan praise singing gets louder and Kagame becomes a strong man on the continent. Besides all parties getting rich, it would seem that as a US military asset he is now being positioned as an agent of change to deliver Africomm’s African colonization 2.0 on a silver platter.

As the new AU chairman, Kagame is championing the inevitable United Africa and free trade zone which Gaddaffi was murdered for. This is designed to ensure that when Africa becomes a common market, it’s union will be for the advantage of a western world order and not Africans.

Some will predictably use the well publicized trade scuffle between Kigali and Washington over used clothes to dismiss this as a conspiracy theory. Albeit, how many have heard of a false flag or gladial operations? This is what this public trade spat is: a means to bolster Kagame’s Pan African champion credentials to gain the trust of Africans and their leaders.

The truth is if Kagame was really a Pan Africanist who challenged western interests in Africa.....he would be dead like Gaddaffi or vilified as a dictator like Mugabe and his nation under stiff sanctions.