Akuapem Poloo To Lose Custody Of Her Son? 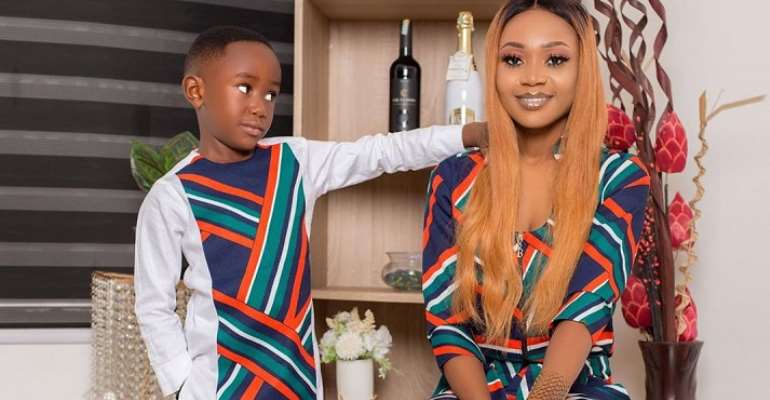 The Social Workers Association of Ghana (SWAG) has called for immediate removal of Akuapem Poloo’s seven-year-old son from her custody to safeguard the child from further danger.

The workers association pleaded with its mother agency, the Department of Social Welfare, to as a matter of urgency, find an alternative care and protection for the boy.

In a press release issued by the association on Thursday, July 2, 2020, it further suggested that Akuapem Poloo should be compelled by law to undergo Psychological Diagnosis and Treatment. And also be made to undergo Training in Parenting for her own good and in the interest of her son and society.

The press release is in reaction to a publication of a photograph in the social media on Tuesday, June 30, 2020, by Miss Rosemond Brown, popularly known as Akuapem Poloo, in which she was seen completely nude in a pose with her seven (7) year old son; the publication which was supposed to mark the boy’s birthday.

“The Children’s Act 560 of 1998 provides for maximum protection of children in need of care and protection. Akuapem Poloo’s behaviour is unwarranted and infringes on the rights of all children. Her illicit and indecent exposure in front of her own son is a clear sexual, moral and emotional abuse of the child’s right which may remain in the mind of the child for a long time; if not treated, can haunt the child for the rest of his life. Such irresponsible behaviour on her part contravenes the rights of the child and puts not only her child but other children into psychological and sexual abuse”, the association emphasized.

“One cannot tell for how long such irresponsible behaviour is being meted out to her child”, it further added.

SWAG also called on all stakeholders to not only condemn the act but also be involved in the protection and promotion of the rights of the vulnerable, especially children who are in need of care and protection.