‘I was ignorant, I won’t repeat my action’ – Akuapem Poloo eats humble pie 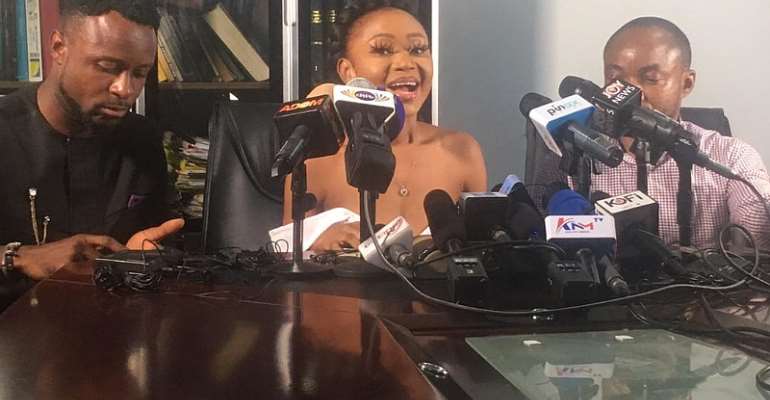 Actress Rosemond Alade Brown, also known as Akuapem Poloo, has expressed deep regret over her actions which landed her in jail last week.

Having been granted bail after getting a 90-day jail term for publishing a photo of herself posing naked in front of her son, she urged the public to refrain from emulating her deed.

She was found guilty of publishing obscene material and violating the integrity and dignity of her seven-year-old son by a court in Accra last week and duly sentenced but her lawyers secured a GHS 80,000 bail for her, pending the determination of an appeal filed by her counsel against the sentence.

Speaking at a press conference on Saturday, April 24, 2021, the actress said she was appreciative to President Akufo-Addo, the Minister of Justice, Godfred Yeboah Dame and all persons in and outside the country who championed campaigns for her release from the Nsawam Prison.

She further pledged to refrain from any such action in the future, which might warrant more legal action against her.

“I didn’t know that taking a photo with my son in that manner would put me in trouble. I didn’t know it wasn’t a good thing. Please have mercy on me and forgive me. I didn’t do that intentionally. I want to urge my colleagues and young people too to desist from such an act, especially all forms of nudity. We need to put a stop to it. It is not good,” she said.