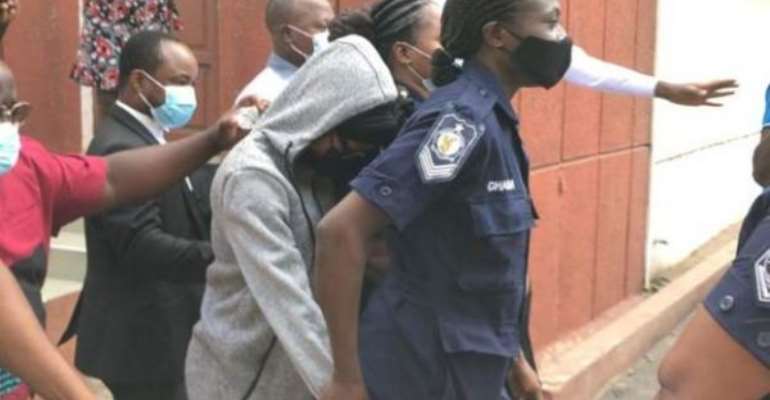 Convicted actress Rosemond Brown aka Akuapem Poloo has been released from Nsawam Prison three days after she was granted bail by the High Court in Accra.

There was back and forth between her lawyer and security agencies since she was granted bail.

She was brought to the court to sign her bail bond on Friday.

The actress looked pale and traumatized as she signed her bail born.

He bemoans the bureaucracy in the Prisons Service.

She was granted bail on Wednesday by the High Court presided over by Justice Ruby Aryeetey.

The socialite was granted bail in the sum of GHc80,000 with two sureties.

She was also to deposit her passport to the registry of the court and can only travel with the express permission of the court.

Akuapem Poloo was also to report to the case Investigator every two weeks.

She was convicted to serve a 90-day jail term by the Circuit Court in Accra after pleading guilty to three charges including publication of obscene materials involving her seven-year-old son.