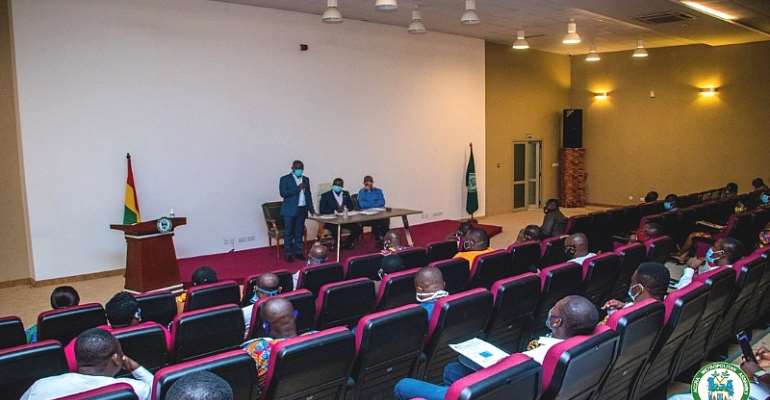 The Accra Metropolitan Assembly (AMA) has announced plans to construct a two-storey isolation centre at the Kaneshie Polyclinic.

Mayor of Accra, Mohammed Adjei Sowah disclosed this in his sessional address at the first ordinary meeting of the first session of the 7th Assembly.

” The Assembly has dedicated some funds for the construction of two-storey isolation centre to safely manage COVID 19 cases. Procurement processes are ongoing and work is scheduled to commence in July 2020,” he said.

He intimated that Accra has remained a hotspot of COVID-19 cases and the majority of the population living in informal settlements, the government was providing the needed support required to marshal resources and expertise to fight the disease since the first case was recorded in March.

Mayor Sowah expressed concerns over how people leave their homes without face masks and attributed the increase in cases in the city to the practice.

“It is an offense to leave your home to public spaces without a mask. Most people have let their guards down and are taking the disease for granted.”

He urged all and sundry to continue to wear face masks and practice physical and social distancing and all other safety protocols.