Maazi Okoro Writes: Lessons In The Life Of Prophet Muhammad For The Street Folk 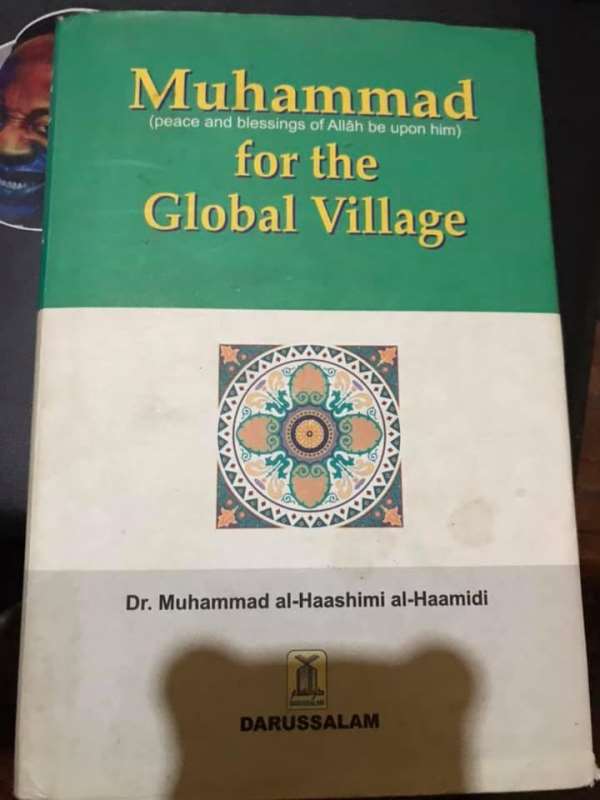 One of the activities I engaged myself seriously in during Ramadan 2020 was to soak up a gale of inspiration from the life of Prophet Muhammad. In this piece, I share some of the lessons I think will inspire the street folk.

In life, you may have a cause that you have to push through and you will need the support of a whole lot of people. The cause may be a new initiative, a movement, and an agenda that will reveal the very purpose of your existence in life. A cause of such nature was Islam, that of our noble Prophet Muhammad (pbuh).

In life, some may not believe in your cause, but they will support you at the peril of their lives. They will incur the wrath of many who will wonder why they support you yet will never give in. They will never bulge nor waver, nor cower in their support till death. That is the case of Abu Talib, the Prophet’s Uncle.

In life, some will be your family members. Some closer to you in consanguinity yet will be the trailblazers of hate against you and your cause. Don’t be surprised if they are your fathers or uncles. They will swear heaven and earth to go against your cause till they lose their lives in that. Check out the Prophet’s Uncle Abu Lahab.

In life, some will be with you through thick and thin. They will support you from the first day. They will pull through with you through the turbulences and pestilences your cause will gather. And they will be the first to help you put out your head above the troubling waters. They will expend their resources in other to see you excel in your cause. The Prophet stated that all the people he called towards Islam accepted after a little hesitation except Abu Bakr. And Abu Bakr really expended himself and his resources in the cause of Islam.

In life, when all your family members do not see the need to join you in your cause, there’s that family member who will stand against all and declare his support for you. He will be active in the cause and radiate its ideals wherever he finds himself till the point of death. A strong case in point is the cousin of the Prophet Ali ibn Abi Talib.

It is stated that “behind every successful man is a woman.” This was aptly epitomized by the unwavering support Khadijah bint Khuwaylid gave the Prophet ab initio. It is of no mean significance that the Prophet stated “she believed in me when all others disbelieved; she held me truthful when others called a liar; she sheltered me when others abandoned me; she comforted me when others shunned me; and Allah granted me children by her while depriving me of children by other women.”

In life, some will never believe in your cause. As a matter of fact, they will move heaven and earth to put a twang in the progress of your cause. They will do that not because they disbelieve in you or in your cause. Far from that! They will hurl fire, brimstone and thunder on you because they see your progress as a betrayal of their cause, prestige or their very existence on earth. This was clearly exhibited by the nobles of Makkah like Abu Jahl,Ummayyah ibn Khalaf and Waleed ibn al-Mughirah and in Madina by Abdullahi bin Ubayy ibn Salul.

In life, some will be persecuted, trampled upon, despised and treated with disdain just because they believed in you and your cause. Some will be maimed. Some will find themselves on the shores of afterlife for their support. Some will also carry horrible scars of the persecution they suffered for their unflinching support. Bilal ibn Rabah, Khabbab ibn Arrat, Suhaib ibn Abi Sinan, Summayyah bint Khayyat.

In life, some will not believe in your cause in its initial stages. They will be a thorn in the flesh of your cause. In fact a pain in the neck. They will lead the attack on your tenets until they see the light in what you are calling towards. Then they become the anchorage for your progress. They become “an anchor that keeps the soul steadfast and strong while the billows roll. Fastened to the rock which cannot move. Grounded firm and deep in their support.” Such is the case of the one given the name Al-Faruk (the distinguisher between right and wrong), Umar ibn Al-Khattab.

In life, some may not necessarily be part of your family. They come nowhere close to your genealogy. But they will prefer dying for your survival. They protect you from far and near, both intra and inter with the last drop of their blood. They will sometimes be the brain behind your victory against your enemies. Their unflinching support and love to your cause will force you to accept them into your family. Such is representative of Salman the Persian’s case when the prophet said to him “Salman is one of households of the prophet”

In life people will vehemently go against your cause. They will give out whatever they have to make sure your cause is derided off the face of the earth. They will lead the attacks on you. But after they have realized the purity of your cause, they, irrespective of how they stood against you, become the ardent advocates of your cause. This is a typical case of Abu Sufyan’s ibn Harb when the prophet said during the Conquest of Mecca “whosoever enters Abu Sufyan’s house is safe.”

In life, people will disturb and frustrate your cause. They will kill the supporters of your beliefs. They will be the brain behind your enemies overcoming you in terms of war by applying superior war tactics. But after they have accepted to be part of your fraternity, there is nothing you can do than to accept them. And they will contribute immensely with the same skill this time around to overcome your enemies. Check out the life Khalid ibn Al- Waleed.

Others, if you consider the magnitude of the damage they have wreaked on your cause, how they sadly eliminated your strong men and the level of monstrosity they have caused to humanity. After they have realized their mistakes and are now ready to holistically accept your cause, you can’t reject them. That is if your cause is geared towards uplifting the face of humanity. Wahshi the Abyssinian readily comes to mind.

NB: The writer is a Youth-Activist and the Executive Secretary of Success Book Club.