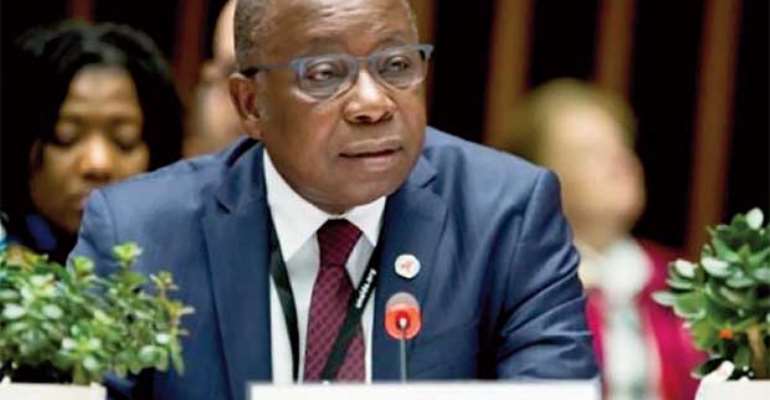 Frontline health workers in the Covid-19 fight in Ghana are being treated better than their counterparts in the United States, The Washington Post has claimed.

The reputable newspaper is, therefore, calling on the US government to emulate the intervention of the Ghana government for health workers.

In its latest report, The Washington Post analyzed how frontline health workers are treated in countries across the world.

It did a comparative analysis between Ghana and the US, concluding that Ghana's frontline health workers are taken better care of than those in the US.

Its conclusion was drawn based on the relief packages introduced by the Akufo-Addo government.

“Hazard pay has become a rallying cry and a source of controversy around the world as healthcare workers risk their lives on the front lines – often without adequate supplies or protection. Ghana is offering some of the globe's most generous additional benefits while a number of nations move to expand their support for those labouring in highly infectious environments,” the newspaper said.

According to the report, the countries analyzed have introduced special interventions to cushion health workers but in the US, some healthcare workers are faced with pay cuts because the hospitals are running at a loss.

President Akufo-Addo, it would be recalled, in his fifth national address, announced that all health workers would be exempted from tax payment on their monthly emoluments for the next three months and further announced an additional package of a 50 per cent increment of basic salary from March to June 2020.

Canada announced salary hikes. France pledged bonuses for doctors and nurses as part of its $120 billion rescue package. Russia made a similar promise though some emergency responders have not seen the cash.

An Iraqi governor said public health employees would be rewarded with free land. The United Kingdom is paying families of medical workers who die of Covid-19 a lump sum of 60,000 euros or about $65,000.

While carrying out its analysis, The Washington Post said it spoke to some Ghanaian frontline health workers who accordingly expressed their satisfaction with the government's actions and willingness to work more because of the reliefs by the President.

The report said the health workers observed that they felt motivated to work hard and are ever ready to put their lives on the line in the fight against Covid-19.

One Rebecca Kumah, a 35-year-old nurse who treats Covid-19 patients on night shift in Accra, said “it has been such a great relief. Our sacrifice is recognized.”

Also, a 31-year-old physician at Lekma Hospital, Emmanuel Amankra, said, “Now everyone is on red alert for Covid-19. Everyone is just like, 'This has never been done before.' It helps to know what you are doing is being seen. I'll say: 'Oh, I'm tired. I'm going to take a break.' And then someone says, 'Well, you're getting a tax cut,' and we keep working.”

But “American officials have repeatedly referred to the country's doctors and nurses as “heroes,” and President Trump has described them as “running into death just like soldiers running into bullets.” But the United States has approved no national hazard pay, and some healthcare workers face reduced hours and pay as hospitals suffer losses,” according to the report.

Dr. Patrick Aboagye, Director General of the Ghana Health Service reportedly spoke to The Washington Post, saying government introduced the interventions because when health workers are happier employees, they would be more effective with fighting the virus.

“When people are motivated, they do their work from their hearts. The coronavirus is deadly and the people who treat patients endure constant exposure. They are more likely to get sick…They must feel supported,” Dr. Aboagye is quoted to have said.