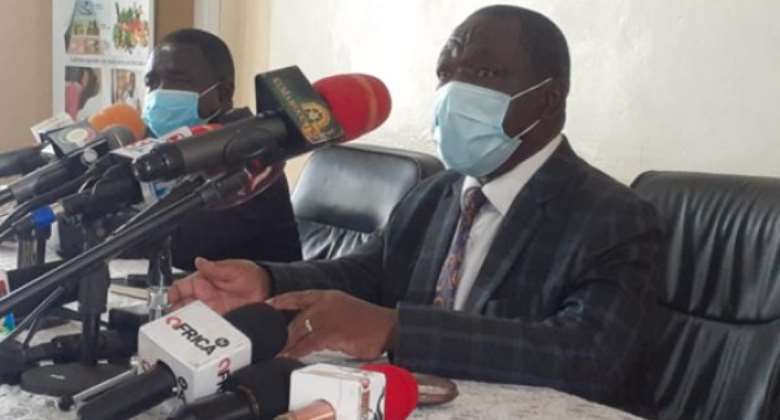 The novel coronavirus in the Ashanti region now stands at 163.

This number is out of the 41,986 people tested so far in the region.

Thirty-seven (37) of them have been recovered while five (5) have died of the disease.

Dr. Emmanuel Tinkorang, Regional Director of Health Services, who made this known at the weekly media briefing in Kumasi, said three were currently on admission with 118 receiving home-based care.

He said a total of 815 had so for been contacted through contact-tracing out of which 763 had completed their 14-day follow up with the remaining 54 being in isolation.

According to the Regional Director, 17 out of the 43 districts in the region had reported cases, adding that, 56 percent of the confirmed cases were males and 44 percent being females.

He said stigmatisation and discrimination against discharged COVID-19 patients was a major challenge militating against the fight against the disease.

“Due to the stigma, there is always a fight when picking up a case at the community level but it is important for the communities to assist us to win the battle together”, Dr. Tinkorang pleaded.

He expressed grave concern about how health workers who risked their lives to pick up cases in the communities were sometimes attacked and called for the cooperation of all stakeholders.

He made a passionate appeal to the media to step up public education on the stigmatisation of COVID-19 patients and how it was affecting efforts to contain the deadly disease.

Dr. Tinkorang said his outfit was going to increase tracing, testing, and isolation with focus on mass screening of high-risk groups including market women, drivers, barbers, hairdressers, and all identifiable groups who come into contact with a lot of people daily.

He disclosed that efforts were being made to add four more testing centres to augment the work of the Kumasi Centre for Collaborative Research in Tropical Medicine (KCCR) to deal with the perennial backlog of samples.

With the establishment of a testing centre in Tamale, the expectation is that pressure on KCCR would reduce to ensure real-time delivery of test results.

He said the availability of Personal Protective Equipment (PPE) in health facilities had significantly improved and urged the public to observe all the preventive protocols to help curb the spread of the disease.