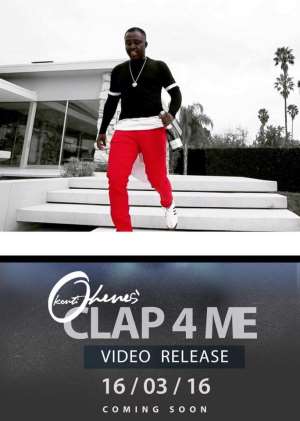 Classic music Icon Nana Kontihene has blown $30,000 for his Clap 4 Me music video.

The video which was shot in the United States of America and directed by Ulysses Prom (Up Cinematics) is a must watch video. This highly budget video was filmed In Los Angeles inside California and its schedule to be released on the 16th day of March 2016.

Clap 4 me song is a typical Afro beat song. It is already gaining massive air play across the length and breadth of the country on all frequency modulation.

When Ohene was asked why he would spend such an amount on a video, his response was simple. He said "Is a question yet to answered

SeanCitygh.com and its entire crew is counting down the date of this audio visual release and we pray it exceeds our expectation.