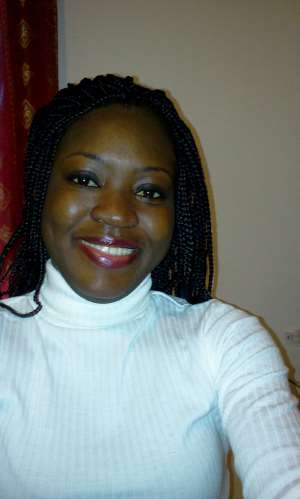 Dzifa Smith host of the Late Night Celebrity Show on e.tv Ghana, returns to the seat on Monday,15th March, 2012. Dzifa Smith took some time off to have her baby in New York and returned recently. Deborah Vanessa presented the Show in Dzifa's absence.

Mr. JOT Agyeman, General Manager of e.tv thanked Deborah for doing such a good job and bringing a new sense of humour to the show. 'Deborah stepped into Dzifa's shoes at a critical time, but managed to steer the show, live up to expectation and built viewer confidence. Today, the show is one of the most if not the highest rated entertainment interview shows on Ghanaian television', he said.

On her part, Dzifa stated she was glad to be back and she promised her viewers a more exciting and insightful season. 'The Late Nite Celebrity Show has come to be what it is, thanks to our numerous fans. We cannot deliver anything less than the present standard to them. If anything would change, then the show would be what we are poised to make it, the best. In this season, viewers should watch out for our new exciting segments and features', she said.

'The Late Night Celebrity Show has grown through the seasons and this season will be nothing short of what the show is doing, raising the bar in Ghanaian entertainment interview programmes. It is great to have Dzifa return; it is e great boost', Deborah Vanessa, the hostess of season three noted'.

Dzifa Smith, who is a broadcast journalist by profession, has been on Ghana's media scene since 1996. She's currently reading MSc in Communication, Media and Public Relations with Leicester University, in the United Kingdom.