"I am looking beyond Nollywood" - Stephanie Okereke 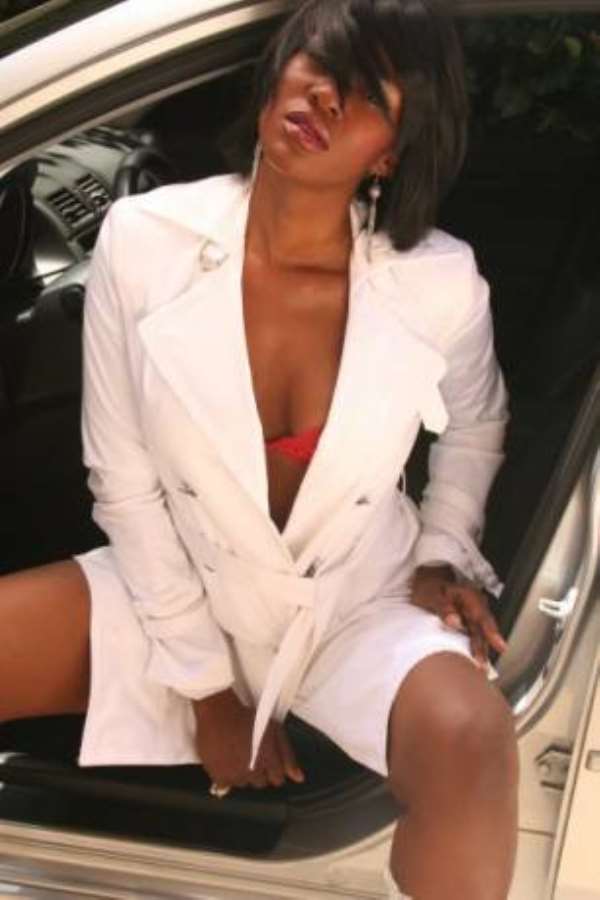 Hob-nobbing with international stars at the 32nd edition of the Toronto International Film Festival in Canada, Nollywood's delectable actress, Stephanie Okereke, speaks with STEVE AYORINDE at the Sutton Place hotel in downtown Toronto about her mission at the festival and plans for the future

Is this your first time in Toronto ?
Yes it is. But I have been to a couple of other festivals like the New York African Film Festival and SITHENGI in South Africa. I was supposed to be at Cannes this year, but I could not make it. I have heard so much about Toronto and I thought it would be nice to attend this year.

Has is been fulfilling for you?
Yes it has. My aim is to see how the business aspect of it is organised and how as a filmmaker one can use the platform here to market my films to the global audience. I will be happy to screen my film here some day. My dream is to get an invitation that my film has been accepted by Toronto and then see myself walk down the red carpet.

You speak as a filmmaker or as an actor?
Well it is the same thing really. But I do more than acting these days. I am also a scrip-writer, a producer and a director. I have just directed a film in the United States.

Really. Tell me about it?
It is called Through the glass, which I wrote, produced and directed in Los Angeles in August. It is basically a romantic comedy about a promiscuous guy who is going through different stages of his life. It is about the transition from the stage of irresponsibility to responsibility. It was shot after I finished my course in Acting and Directing at LA.

Is it a student film then?
No, it is a feature film that I hope will sell me to the world. It was shot on High Definition camera. I am already looking beyond Nollywood. Film, you know, is universal, and it is all about the next level.

Is it a Nollywood or Hollywood film?
It a combination of both - Nollywood and American. I used a few US-based Nigerian actors, but the rest are American actors.

How expensive was it?
Quite expensive, but am not` telling you my budget!

We are back to the Nigerian reluctance of hiding information. Haven't you noticed that everybody knows the budgets of every single film shown here in Toronto ?
Yes I know. But I am not hiding my budget, it is just that we are yet to finish the post-production and even what will be required to get it into major festivals and publicity will all go into the final budget.

Have you made useful contacts in Toronto ?
Yes I have and I will build on the contact. I am only disappointed that although we have a stand at the festival, there is no single film from Nigeria. We cannot continue like this. It seems to me like there is a disconnection between the government agencies overseeing the film industry and the professionals in the industry.

Do you realise it takes more than film festival to get into the mainstream of world cinema?
Yes I know. And that is why I am retraining myself in the US. I even auditioned for A Good Shepherd, the film directed by Robert De Niro in 2005 but I could not go back because I had the accident shortly after I returned to Nigeria.

Did your pedigree in Nollywood help you at the audition?
In a way, yes. But I remember that when I told them I had acted in close to 100 films, they burst out laughing. They said if I had done that in Hollywood I would be close to being an old woman.

How many films have you done this year?
Only three. I did two in January, and you know I have just recovered and I have been traveling a lot. I spent like five months in the US. The scripts have been coming, but there is no time really.

Have you fully recovered from the accident you had in 2005?
Yes I have. I am now back on my feet after that horrible experience of coming out of a burning car with burns all over me and a broken leg.

Has the experience changed your attitude to life?
Definitely! The lesson I have learnt from it is to take life as it comes; one day at a time. And that anything can happen at any time. I have also become very close to God. I am like maybe I was moving too fast. But I am still trying to discover why God saved me from that accident. I was close to death you know.

You sound religious now.
Do we not all? I believe in God and I am a Christian. But I hate to sound or appear religious. Religion does not define my relationship with God.
You must be learning quite a lot these days having just been out of a bitter divorce.
Well it is all about life and lessons to learn.

Do you blame yourself for having gone into a marriage that would be so short-lived?
Well, you feel sad about it but then it is just a phase. You learn from mistakes. I don't think I regret it. I certainly won't call the marriage a regret. I know that I went into it with my heart pure.

Is it really all over? Don't you believe in 'never say never'?
I used to say never say never until my accident in 2005. But that marriage is a never that must stay never. We al have choices and my choice about this is never to go back into that marriage. You know everything that looks good may not necessarily be good for you. I may like chocolates but won't want to grow fat, so I have to make a choice.

Has there been any emotional replacement that is more reassuring?
Not for now. I am just taking my time. I am enjoying the fact that I am single, that I can travel without any worries. But for sure I will be hoping for something assuring when the right time comes.

What are the chances of that emotional assurance coming from Nollywood?
Nill. My involvement with every actor I have starred with ends on set. There has never been any romantic involvement between myself and any Nollywood person.

Do you find any them unsustainable?
Not that, but it has never really passed the professional level. I find many of them attractive but it has just never happened.

How rewarding has the film industry been for you artistically and financially?
It's been good. Compared to other areas of the arts and entertainment, we are quite fine. I can't think of any other industry to function. It is still a growing industry though, with all orts of problems and limitations especially about protecting our works. This is my passion and like everybody else I wish to cross over to the mainstream, global scene. I am sure the future is very bright for me.

How did you manage to escape the bitter rivalry among some actresses over who was better and who should be the face of Nollywood figuratively speaking?
There is no face of Nollywood as far as I am concerned. They should get that into their heads. I think we are all in the same category. Just like in Hollywood, nobody goes around saying she is the best. There is enough room for everybody. The industry is big enough for everybody a role to play. I heard about the in-fighting too, but if it is true, I think it is not a very good thing to do.

Could it be that you were not considered a competition?
What competition? They tried to play me against Genevieve (Nnaji) when I started acting, but I was too busy for such nonsense. I just preferred to stay out of bitterness. I think people just think too highly of themselves. The industry will survive without anybody. For me, it is when you've gone international that we can begin to talk about who is big or not.